You Are Here: Home » Editors' Choice » Black millennials who refuse to vote are falling for a political fraud 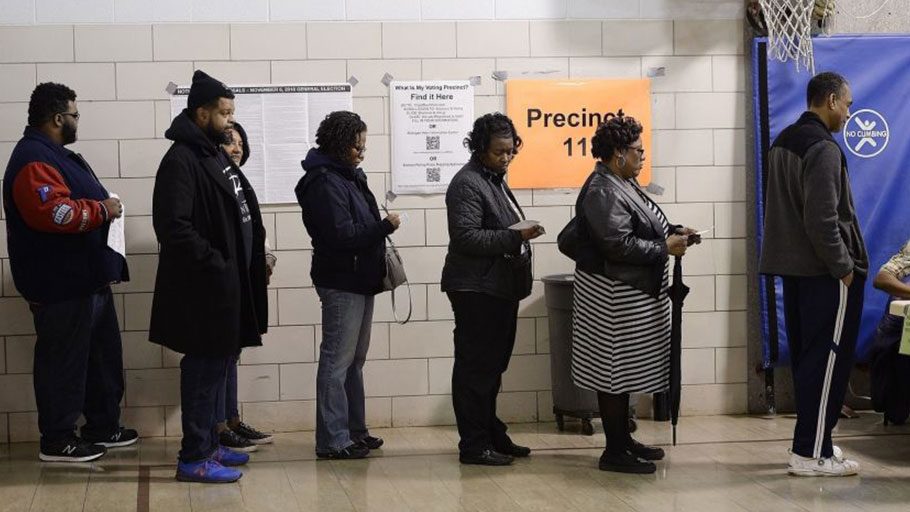 In one of his first presidential speeches, Donald Trump said to a mostly white crowd in Hershey, Pa., “They didn’t come out to vote for Hillary. They didn’t come out. And that was big — so thank you to the African American community.” Had blacks voted in the numbers they did in 2012, Trump would probably not be president. So, his newly announced campaign “Black Voices for Trump,” an appeal to black voters for 2020, rings hollow against his record of racism and litany of lies.

His pitch that black Americans have fared well under his administration and that Democrats have taken them for granted is as solid as a two-legged stool. Criminal justice reform and job growth are now his main talking points for why blacks should be grateful for his leadership.

Yet only a few months ago Trump made clear his disdain for the First Step Act, which brought about criminal justice reform and which he signed. “A total dud,” is how one person with knowledge of an Oval Office meeting on campaign strategy described Trump’s view of son-in-law Jared Kushner’s bipartisan legislative deal. “He’s really mad that he did it. He’s saying that he’s furious at Jared because Jared is telling him he’s going to get all these votes of all these felons.” Trump believes in criminal justice reform only when courting black voters.

Trump’s claim to black job growth during his term in office — besting what President Obama did in eight years — is simply laughable. The Bureau of Labor Statistics reported in 2018 that black Americans gained 700,000 jobs under Trump, while under Obama’s two terms they gained 2.8 million.

As far as arguing that Democrats have taken blacks for granted, I believe it’s the other way around. We black Americans take for granted that Democrats are less racist than Republicans. Trump’s insulting remarks about black people — “look at my African American over there,” “shithole countries,” telling congresswomen to “go back” from where they came — showcase the racism infecting the Republican Party. And, of course, his comments about “very fine people on both sides,” when referring to white supremacists in Charlottesville, Va.

Moreover, “being taken for granted,” is an emotional appeal since no one likes to feel used. Politics is a transactional endeavor — do something for me, I’ll do something for you. Black voters concerned about being taken for granted need only ask which candidate provides a better opportunity for a seat at the table. Count the persons of color in any photo of Trump’s Cabinet and closest advisors, for a sense of whether black Americans have a seat at the table in his administration from where they can demand transactions that favor communities of color.

I’m less concerned about the approximately 10% of black voters snookered by Trump, than I am by the 90% who are not. The majority of black voters, particularly young black voters, are susceptible to a new kind of political fraud. Take the case of Black Lives Matter activists, composed primarily of young black Americans of voting age.

“Not your grandmother’s civil rights movement” is how many Black Lives Matter activists describe their movement. It’s a departure from the past that’s also a huge liability. In his indictment against the Internet Research Agency, Robert S. Mueller III stated that the Russian agency “began to encourage U.S. minority groups not to vote in the 2016 U.S. presidential election or to vote for a third-party U.S. presidential candidate.”

Those who prefer to control their investing with a hands-on approach often share these 6 unique traits.

Russia manipulated black voters through memes spread virally through social media. For example, the IRA created “Woke Blacks,” an Instagram account, that posted, “[A] particular hype and hatred for Trump is misleading the people and forcing Blacks to vote Killary. We cannot resort to the lesser of two devils. Then we’d surely be better off without voting AT ALL.” Black Lives Matter activists such as Hawk Newsome legitimized that posture. “Neither party has stepped to the front and made Black Lives Matter a priority,” said Newsome, who condensed this Russian meme down to the slogan “I Ain’t Voting.”

Many young black voters, although fluent with digital technology, were shockingly unprepared in 2016 for that technology to be used against them. The Pew Research Center reported that black voter turnout declined precipitously in 2016, when 765,000 black Americans failed to vote. While voter turnout increased among millennials, it decreased for black millennials in 2016, dropping to 50.6% from 55% in 2012. This is why Trump cynically thanked black voters for staying away from the polls.

The president’s appeal to black voters may be based on unfounded truths and emotions. But nothing he, or anyone else, says should deter us from voting in 2020. Too many grandmothers fought, and died, for our right to vote, and we should feel only outrage when thanked by a president for not participating in American democracy.

This article was originally published by The Los Angeles Times.

Clyde W. Ford is the CEO of Entegra Analytics, and the author, most recently, of “Think Black,” a memoir about his father, the first black software engineer in America.

Where Civility Is a Motto, a School Integration Fight Turns Bitter

Where Civility Is a Motto, a School Integration Fight Turns Bitter
We Need Your Support — Donate, Share, Sign-Up Ways to Support