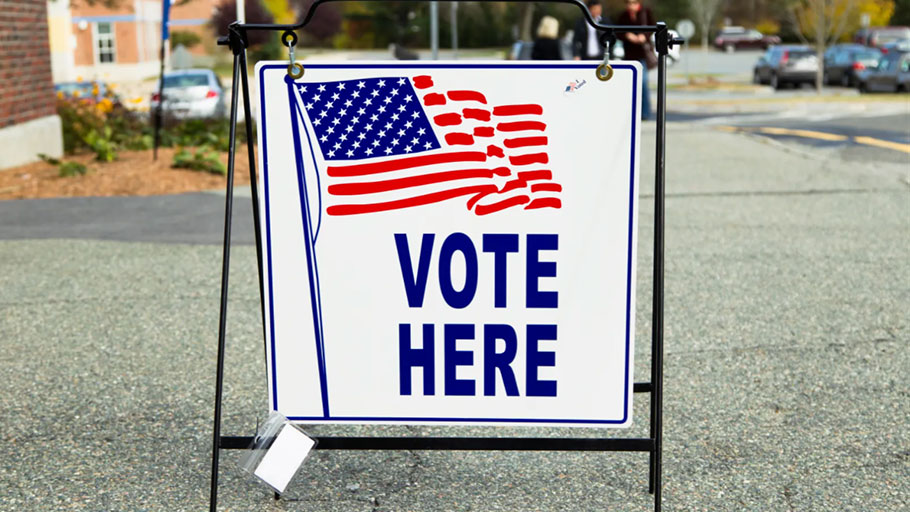 By Jessica Byrd, The Root —

For months, I’ve been anxious, yet hopeful. Despite all of what we faced this year from the pandemic to the economic crisis to racial violence, I held onto my faith in Black movement.

We’re building a future where every Black person can live free with the resources they need to thrive, not simply survive. To do that, we believe we must contest for power everywhere.

And Black people did that. From Philly to Atlanta to Detroit, Black people defeated Trump and pushed back against white supremacy. We proved that the majority of people in this nation support our struggle for Black lives and oppose hate, bigotry and indifference.

We showed up despite the chaos and crisis of this year: a global pandemic that claimed over 235,000 lives, an economic crisis that cost tens of millions of jobs and renewed violence against Black bodies from George Floyd to Breonna Taylor to Tony McDade to Dominique Fells.

For years, Black movement has mobilized to build Black political power and defend Black lives. Millions of us voted to condemn racial terror and tyranny by the Trump Administration and its supporters. We voted in the face of the same electoral suppression Black people have experienced for decades, even after the passage of the 1965 Voting Rights Act which Black movement struggled and gave their lives for.

In Madison, Wis., Freedom Action trained over 100 election defenders, giving out backpacks and school supplies to support young people to both prepare for school and prepare to vote.

In St. Louis, Action St. Louis and Movement for Black Lives Freedom Fall organizing fellows knocked on over 50,000 doors to boost voter turnout, providing breakfast and lunch to around 8,000 people on Election Day. They supplied masks and hand sanitizer to keep voters safe.

These organizing efforts paid off: Black progressive leaders won at the ballot all across the country including Black women, trans and non-binary leaders. Bold progressive ideas prevailed. We got back in the ring with Donald Trump, and we won.

In Missouri, longtime community organizer Cori Bush became the state’s first Black congresswoman. In Minnesota, Rep. Ilhan Omar was re-elected by a wide margin and in Oklahoma, Mauree Turner became one of the first non-binary elected officials in the nation and the first Muslim to be elected to the state’s legislature.

These organizers and policymakers—all of us—inspire me to fight for electoral justice, a key tenet in our bold vision for Black lives. Electoral Justice requires us to engage with the ballot as a structure, intentionally rigged to maintain white patriarchal capitalist power.

When we engage to right wrongs and build anew, we achieve justice by the ballot box. When we avenge the suffering of our ancestors through legislation that acknowledges and seeks solutions to harm, we seek Electoral Justice. When we build power to transform, not to extract, Electoral Justice becomes imminent.

Amid crisis and chaos, we designed an unapologetic Black national agenda. We launched an updated Vision for Black Lives with a clear call to end the war on Black people. We unveiled historic civil rights legislation: the BREATHE Act will reimagine public safety through divesting in ineffective, racist policing and investing in people and communities.

And we’ve mobilized millions of people all over this country around our vision. This summer, 26 million people marched for Black lives, we co-conspired with over 300 partner organizations and this fall we secured over 150,000 community co-sponsors for the BREATHE Act.

Every organization in the Movement for Black Lives ecosystem met our mandate to defend Black lives by any and all the means necessary. We illustrated our bold vision and told stories of organizers in every region of the United States during the Black National Convention. We have a plan. We have people power. We got us.

We’ve taken our assignments seriously. Movement did this, and no matter what happens next, we will continue our fight, until every Black life matters.

We will keep building Black political power, and showing gratitude to our ancestors by pressing on with our demands for dignity and justice. True power, the power of the people, is right here in our hands. What a time to be alive.

Jessica Byrd is founding partner, Three Point Strategies, and Co-Organizer, The Electoral Justice Project of the Movement for Black Lives. M4BL is a national network of more than 150 leaders and organizations creating a broad political home for Black people to learn, organize and take action.

Being Ella Baker Even After the Election: Valuing Our Victory, Continuing Our Struggle

Being Ella Baker Even After the Election: Valuing Our Victory, Continuing Our Struggle
We Need Your Support — Donate, Share, Sign-Up Ways to Support