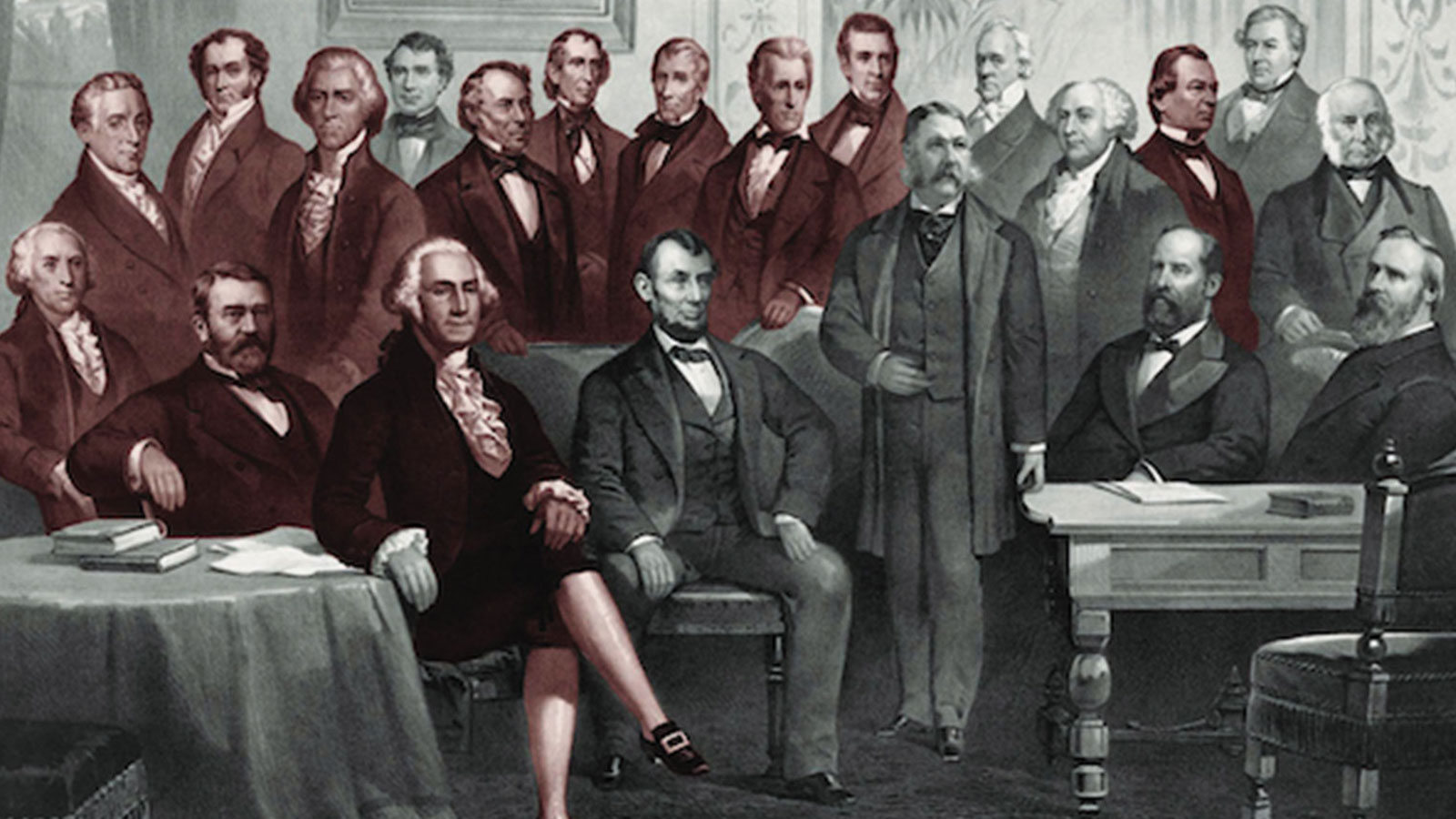 In nearly 500 pages, the initial report recounts the “moral and legal wrongs the American and Californian governments have inflicted upon their own Black citizens.”

The report, which was released Wednesday, offers a comprehensive look at the impacts of enslavement and generations of discrimination on Black Californians and Black Americans more broadly. It finds that the damage to Black communities is extensive and that a variety of intentionally crafted policy, judicial decisions and racism by private actors has created a widespread exclusion of Black people that has not been sufficiently addressed at any level of government.

“Almost 150 years of active, conscious federal, state, and local government action and neglect of duty have resulted in compounded harms that are unique to Black Americans,” the authors wrote in a draft reviewed by NBC News prior to its release.

The report, the first to be released at the state level, comes amid an increased national discussion on reparations, as well as action at the local and municipal level. Last year, H.R. 40, congressional legislation that would create a national commission to study reparations and explain the U.S. government’s role in enslavement and systemic discrimination, passed out of the House Judiciary Committee, but it has languished since then.

The California report covers not just the immediate impact of enslavement but also the harms of decades of political neglect, finding that there has been sustained damage to generations of Black Americans. The damage has had a lasting effect on the political, economic, social, physical, mental and cultural well-being of Black people, particularly those descended from the formerly enslaved.

“Every state has some history of harm in the African American community,” said Kamilah Moore, a Los Angeles-based attorney and reparatory justice scholar who chairs California’s reparations task force. The nine-member task force, which a state law created in 2020, is charged with studying the impacts of enslavement on Black Californians and coming up with possible plans for restitution. 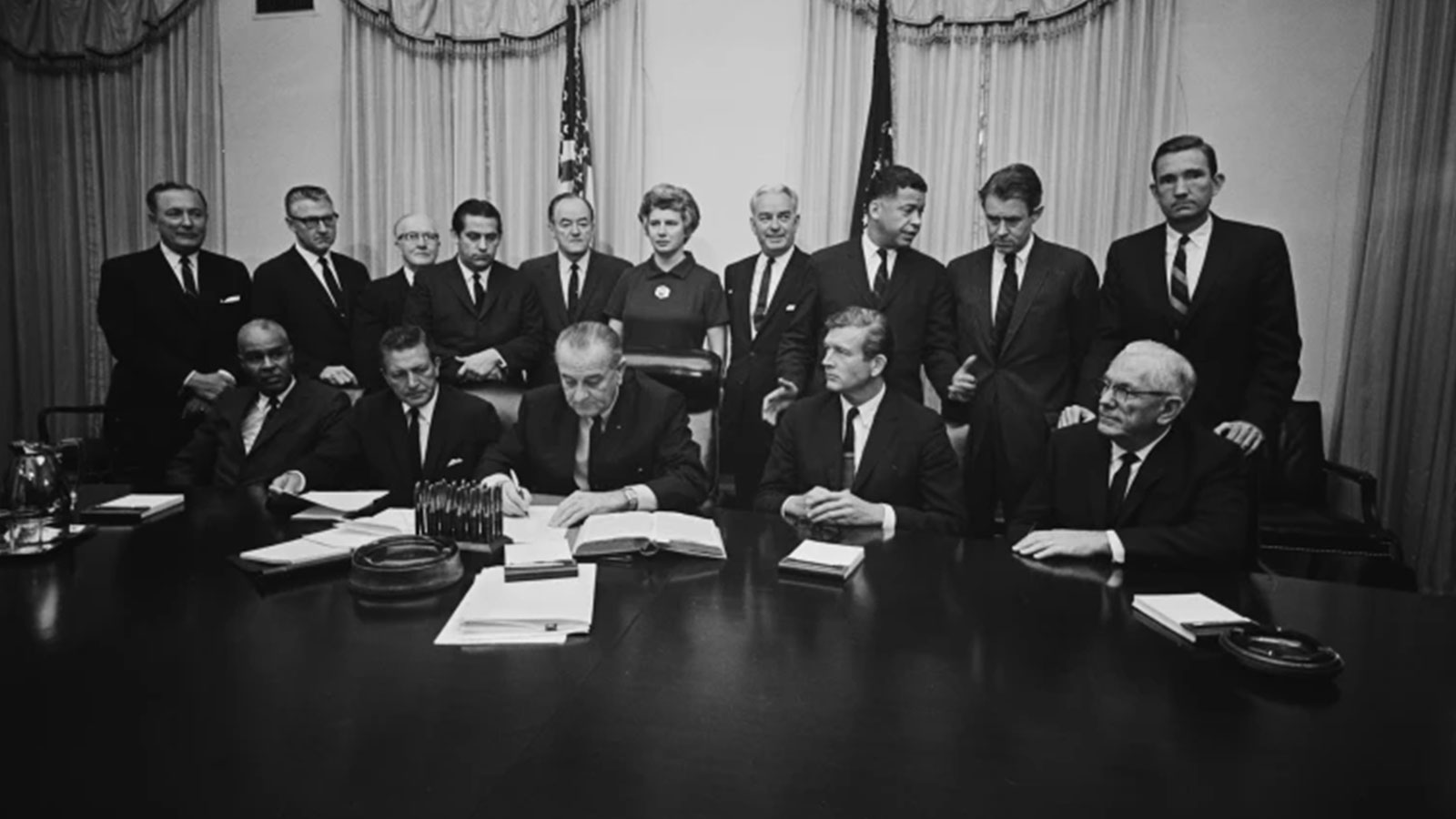 President Lyndon B. Johnson at the first meeting of the National Advisory Commission on Civil Disorders, also known as the Kerner Commission, at the White House, on July 31, 1967. Keystone / Hulton Archive/Getty Images file

The interim report, produced by the civil rights arm of the California Department of Justice with input from the task force, includes testimony from experts and public meetings of the task force, as well as a comprehensive review of media articles, academic papers and historical documents. Members of the task force argue that the report is the most comprehensive look at the structural barriers Black Americans face since the 1968 Kerner Commission report.

A second report from the California task force, detailing specific reparations proposals and who should be eligible for them, is expected next year.

The California report highlights a history of ‘moral and legal wrongs’

Over 13 chapters and about 500 pages, the interim report’s authors recount the “moral and legal wrongs the American and Californian governments have inflicted upon their own Black citizens and residents,” noting how slavery and subsequent discrimination have exposed Black communities to racial terror and political disenfranchisement, left them with inferior outcomes in health and wealth building, and relegated them to segregated neighborhoods and schools.

The harms were largely intentional, crafted through local and national policies that reinforced one another, ensuring that the formerly enslaved and their descendants would be denied even basic protections under the law. The denial was acutely felt in California, which prohibited slavery when it joined the U.S. in 1850 but also supported the rights of pro-slavery white Southerners and looked the other way as enslaved people were trafficked into the state.

The stated ban on slavery was far from the only time California seemed to contradict itself on its stance toward Black Americans, according to the report. Two years after California entered the U.S. as a free state, legislators passed a fugitive slave law that allowed for the capture and deportation of men and women fleeing enslavement. The state also declined to immediately ratify the 14th Amendment, which established the equal rights of people born in the U.S., and the 15th Amendment, which said race could not be used to deny voting rights — it waited to approve the measures until 1959 and 1962, respectively.

As the state built a progressive reputation, drawing a growing Black population over decades, it continued to act against the best interests of Black people and other communities of color, according to the report. Black people were often denied voting rights and were subjected to literacy tests and poll taxes. Housing covenants were used to keep Black Californians from living in white communities, only for Black neighborhoods to later be demolished to create parks and freeways.

The report adds that in some metrics, California not only matched discrimination across the country; at times it was a national leader. The authors write that in the 1900s, the state led the country in forced sterilizations, which disproportionately affected Black, Latina and Indigenous women. Twenty-two years before the U.S. Supreme Court’s 1896 ruling in Plessy v. Ferguson established that racial segregation did not violate the Constitution, California’s Supreme Court upheld racial segregation in schools. The state remains one of the most segregated in the country for Black and Latino students.

In a chapter dedicated to outlining how violence was used to terrorize Black Americans, the report focuses specifically on the expansion of the Ku Klux Klan in California, noting that in a 20-month period during the state’s “sizable and violent Klan resurgence” in the 1920s, California cities held more KKK meetings than Mississippi, Louisiana, North Carolina and Tennessee.

During the same period, Klan membership was widespread in some local governments, and it was also extensive in police departments in Los Angeles and Long Beach. As Klan activity receded nationwide during the Great Depression, it was sustained in California, and KKK activity increased in the 1940s in response to Black families’ trying to buy homes in better-resourced white communities.

The report also highlights that historical injustices have helped fuel modern-day disparities, noting that California’s stagnant rates of Black homeownership, racial disparities in police arrests and use of force, a large gap in the average wealth of Black and white families and unequal discipline of Black students compared to their white peers are least in part the results of decades of social engineering designed to exclude Black Californians from gaining access to the same political, financial, employment and educational opportunities as their white counterparts.

Such exclusion also had support at the federal level, which the report takes care to document, highlighting that in the years before enslavement and in the decades after its collapse, all levels of government worked with private actors to preserve and deeply entrench racial discrimination.

The report does recommend some actions the state could take to address the history outlined in the report, including establishing an office of Freedmen Affairs that could lead efforts to support Black Californians on a variety of issues. The report also suggests raising the minimum wage, increasing investments in Black neighborhoods’ environmental infrastructure and addressing health inequities as initial steps the state can take before it enacts a full reparations effort.

Now that it has released the report, California’s reparations task force will pivot to its next task, creating a detailed proposal for reparations for the Legislature to consider. The task force has already made some progress, deciding in a contentious 5-4 decision in March that eligibility for compensation would be based on lineage and limited to the descendants of enslaved and free Black people who lived in the country before the end of the 19th century.

Some task force members and advocates have criticized the decision, arguing that the eligible community should include all of the 2.6 million Black people in California, including recent Black immigrants who have faced race-based discrimination and prejudice in the state.

In the meantime, Moore said, she hopes the report will spark conversations about the need for reparations in other states and spur additional activity at the federal level. “I hope that the report is used not just for awareness but as an organizing tool, a sort of rallying call,” Moore said. “The harm against the African American community has been so extensive that reparations are pretty much overdue.”

Source: NBC News
Featured image: More than 50 percent of U.S. Presidents from 1789 to 1885 enslaved African Americans. The first twenty-one Presidents seated together on The White House. The enslavers are shaded in red.