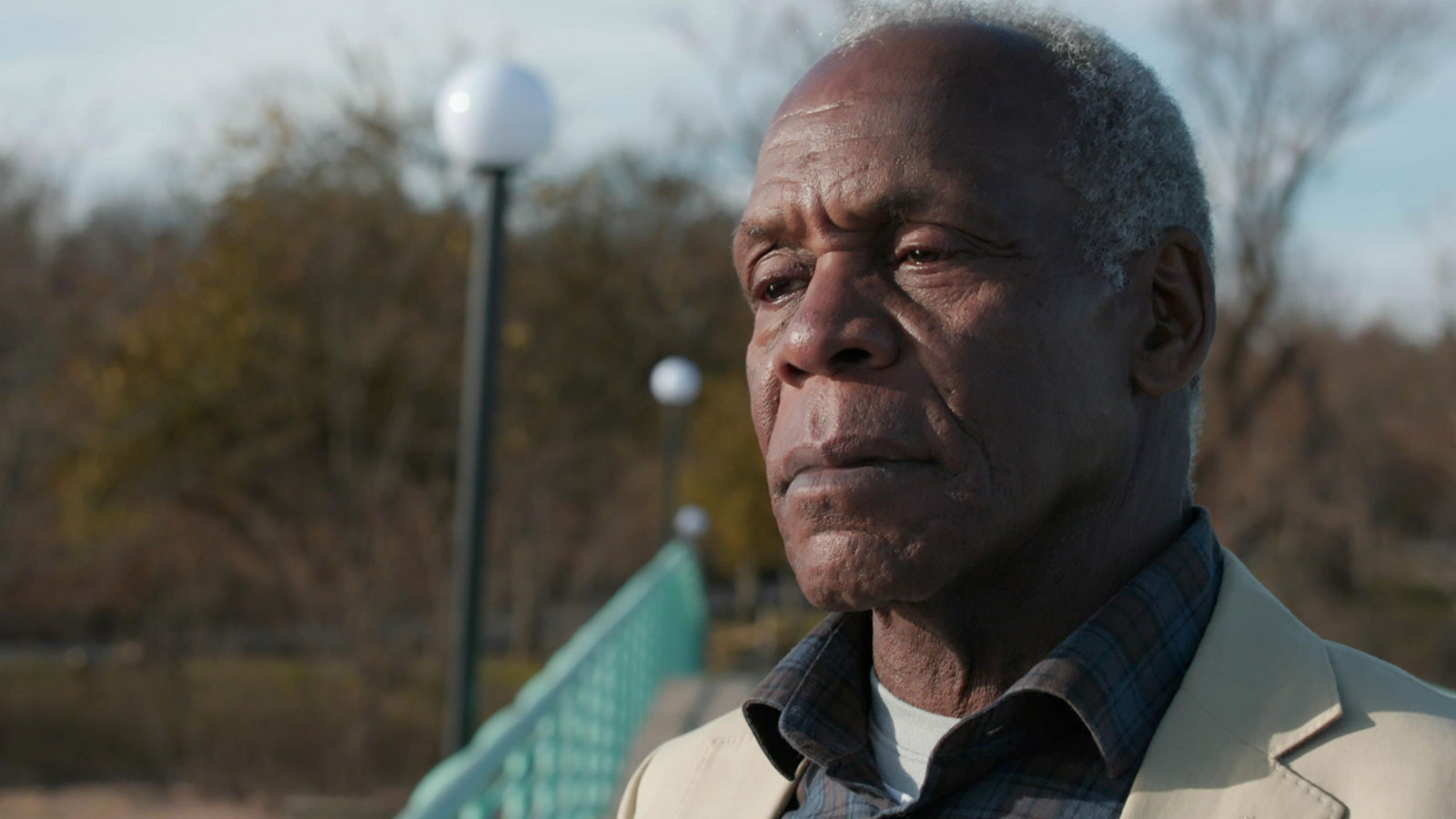 By Steve Early and Suzanne Gordon —

In recent years, Danny Glover has used his formidable acting chops and Hollywood connections to boost a series of independent films that might otherwise have struggled to find an audience. San Francisco’s most beloved home-grown movie star and political activist appeared in Sorry to Bother You, the widely acclaimed directorial debut of Oakland musician  Boots Riley. In 2019, Glover played a key on-screen role in The Last Black Man in San Francisco, the break-through film of director Joe Talbot and actor Jimmy Fails, both San Francisco natives. 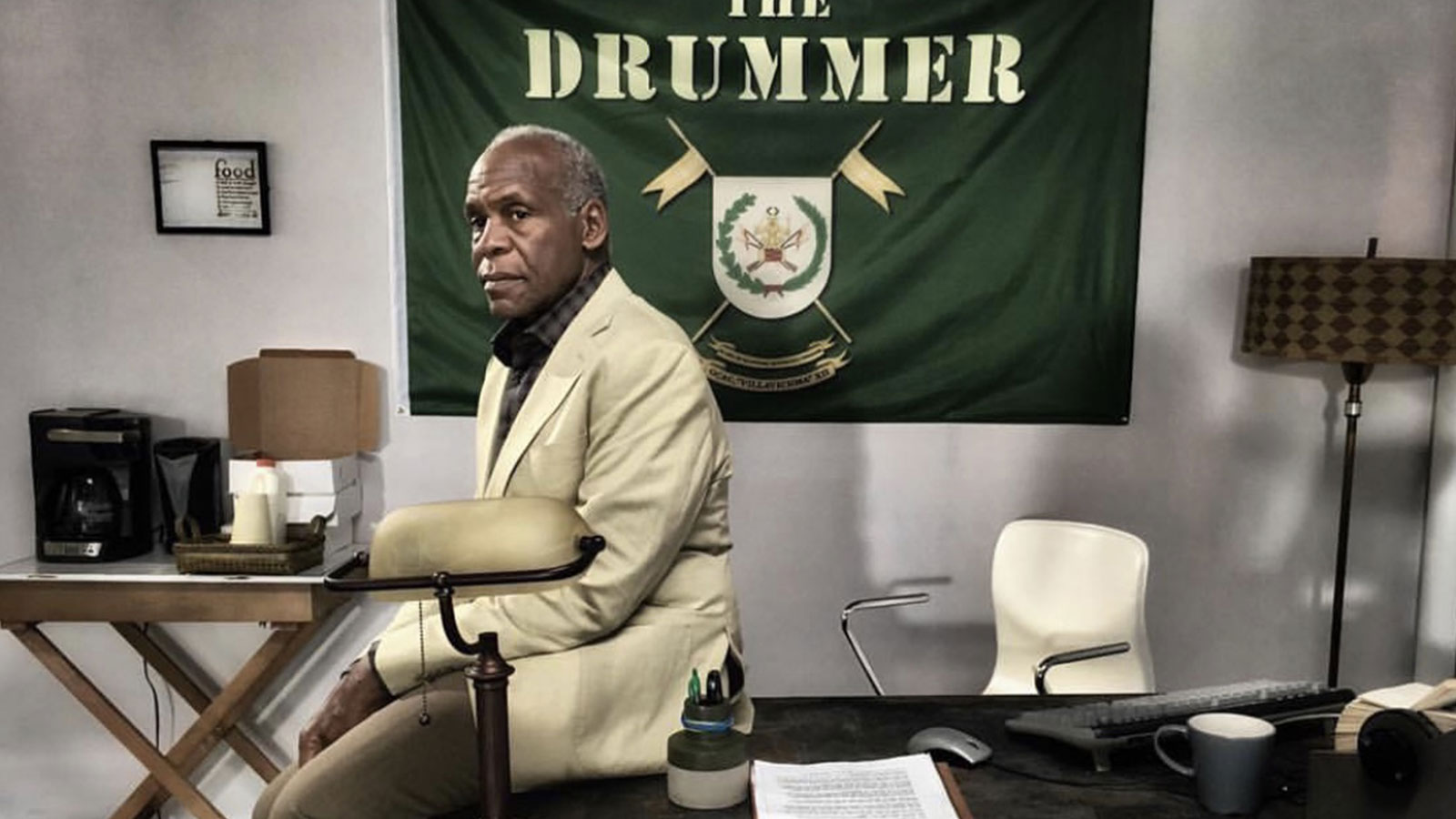 Glover is now starring in The Drummer, released Nov. 9, just in time for Veterans Day. It’s a low-budget feature film co-written by Eric Worthman and Jessica Gohlke, who also serve as director and producer respectively. The subject matter is not call center worker exploitation or the gentrification of San Francisco. The Drummer tells the interlinked story of three soldiers who enlisted in the U.S. Army, became combat veterans in Iraq, and then try to avoid being sent back to the same disastrous George Bush-initiated conflict.

The Drummer tells the interlinked story of three soldiers who enlisted in the U.S. Army, became combat veterans in Iraq, and then try to avoid being sent back to the same disastrous George Bush-initiated conflict.

All find their way to the Watertown, N.Y. office of Mark Walker, a lawyer, Vietnam veteran, and anti-war activist played by Glover. Walker has joined forces with a younger generation of dissidents in Iraq Veterans Against the War (IVAW) and opened an internet café, near Fort Drum, home of the fabled 10th Mountain Division and other Army units. Called “The Drummer,” the cafe is Walker’s post 9/11 attempt to re-create the atmosphere of GI movement coffee houses located near military bases in the Vietnam era, that welcomed and supported restive draftees like Walker himself.

Unfortunately, as Walker acknowledges, “this is 2008, not 1968.” The all-volunteer army recruits who become his clients lack a mass anti-war movement to provide greater solidarity and political context for their personal decisions to go AWOL and/or seek conscientious objector status. Mike Tanaka, a Japanese-American soldier played by Daniel Isaac, is profusely grateful when Walker helps him navigate a “sanity hearing,” with Army shrinks, which is necessary to secure an honorable discharge. But, with that legal hurdle overcome, Tanaka is on the next bus out of town and unavailable for any press event about his case. “I’m trying to build a soldiers anti-war movement,” Walker complains, after this rebuff. “They need to be part of something bigger than themselves.”

To avoid another calamitous deployment to Iraq, Cori Gibson, an African-American soldier played by Prema Cruz, has been hiding out with her grandmother, who urges Cori to seek Walker’s help. “The Army gave me a purpose, “she tells her new lawyer. “I signed up to pay for college.” Walker discovers that Gibson, who served as a transportation specialist and gunner on a Humvee, has been raped by her staff sergeant. When she reported this crime to her commanding officer, he told her he had “more important things to worry about in Iraq.” The experience of military sexual trauma leaves her isolated, alone, and nearly paralyzed with depression.

Walker contacts the local Judge Advocate General Corps, and thinks he has arranged Cori’s voluntary surrender to the military, so he can help make her case for a medical discharge, In the meantime, he persuades the anxious young soldier to tell her painful story at an evening press conference at The Drummer, with her grandmother and fellow veterans there for moral support. In an unexpected betrayal, the military police crash the event and haul Cori away in hand-cuffs ahead of schedule, leaving no time for her tell her story.

The incident is unnerving for a third client, Darian Cooper (Sam Underwood), a white working-class Iraq veteran who is torn between fleeing the military with his wife and baby and returning to the front lines with his squad. Before he is forced to choose, his combat-related PTSD triggers a flashback that proves fatal for him and his family. As a buddy had recently warned him, “the Army eventually eats everybody up.”

These setbacks leave Walker feeling old, ailing, and unable to rally the troops. He counts heads at a peace march and a smaller gathering at a Catholic retreat center, only to find too many of the usual suspects, gray-haired and earnest as always. “Resistance is all I have left,” he confides, while wondering whether he should be working with the environmental movement instead, because “that’s where all the young activists are.” By the end of this dark and moving film, The Drummer is closing up shop. But Walker has reunited with Cori, who boosts his spirits this time and enlists him to become her legal advocate again.

A decade or more after the heyday of the post-9/11active duty resistance, some real-life veterans of that struggle may find The Drummer a bit too gloomy. (For a more upbeat journalistic account of protest activity by soldiers who went AWOL, sought CO status, or even spent time in military prisons to avoid further deployment to Iraq or Afghanistan, see Dahr Jamail’s excellent Will To Resist from Haymarket Books). But any thoughtful feature film about life in the military and afterwards is much welcome these days. The Drummer stands in sharp contrast to the usual Hollywood action film dreck, in which fictional veterans respond to the world of hurt they find themselves in by firing back at foreign and domestic enemies of all types, while on bloody missions of salvation or revenge. 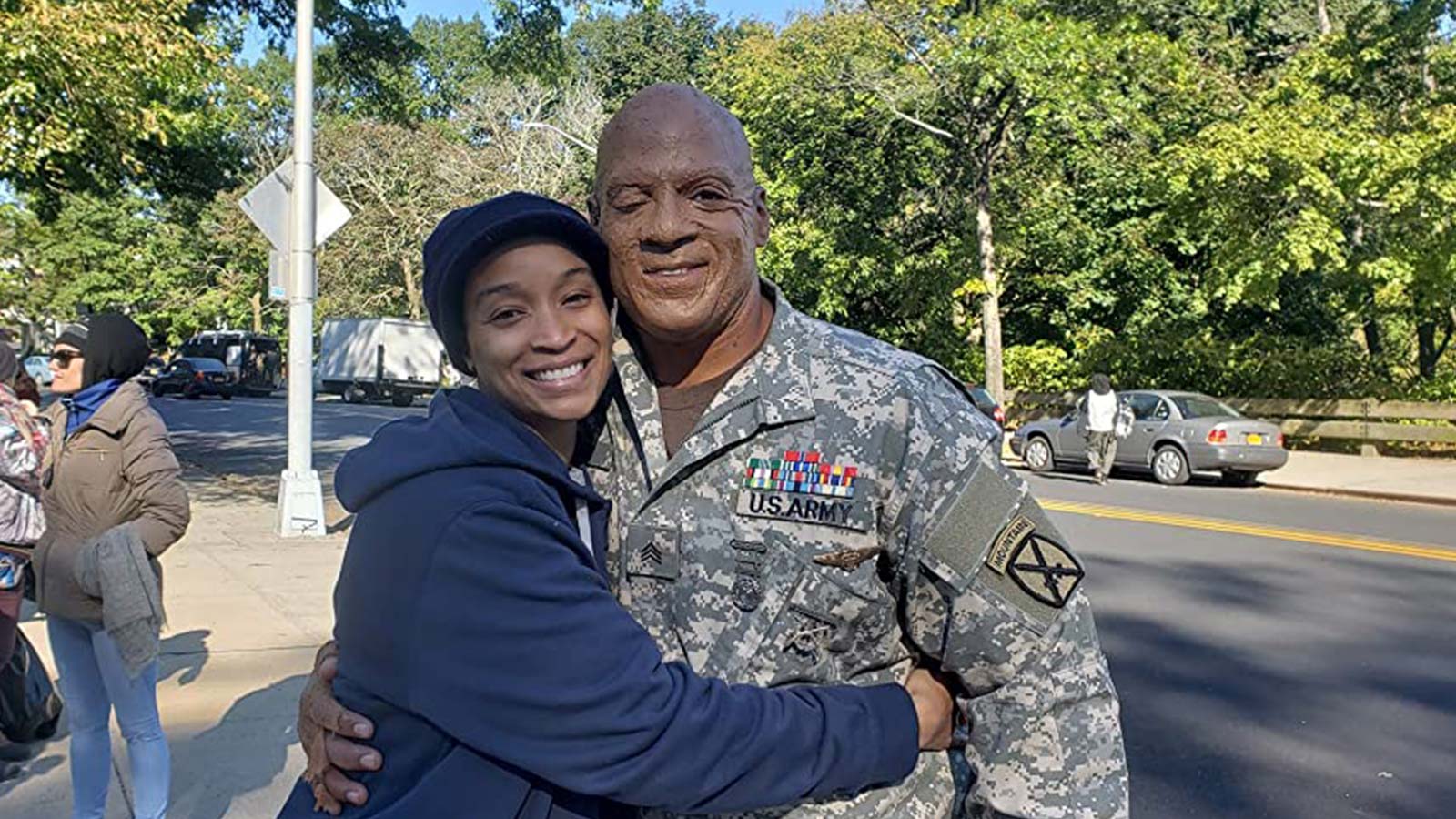 The quieter focus of this film is the lasting physical and psychological impact of military service, under post 9/11 conditions. This is a problem that director Eric Werthman has grappled with, in real life, as a practicing psychotherapist, who has treated veterans. As the brother of a Vietnam veteran, Danny Glover had his own personal reasons for appearing in The Drummer, and serving as its executive producer.

As Glover told the press in July, the fact “that there are even more veteran suicides than U.S. soldiers killed in Iraq makes the film more timely than ever.” Now available on major streaming platforms, The Drummer is definitely worth watching on Veterans Day or any other.

Steve Early and Suzanne Gordon are co-authors of a forthcoming book, from Duke University Press, called Our Veterans: Winners, Losers, Friends and Enemies on the New Terrain of Veterans Affairs. They can be reached at Lsupport@aol.com)