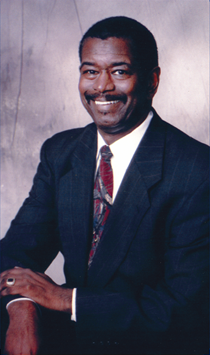 August 28, 2013, marked the 50th Anniversary of the historic March on Washington.  On this day in 1963 more than two-hundred and fifty thousand (250,000) people came to Washington, from all corners of America, to march for freedom, jobs and the passage of the 1964 Civil Rights Bill. It was at this auspicious occasion that the Rev. Dr. Martin Luther King, Jr. gave his most well known speech. My Dad was there.  It was one of the highlights of his life. For the rest of the 20th century he took great pride in sharing his fond memories of this epic event with our family.

The most significant parts of Dr. King’s address to the March, on that unforgettable day, focused on the failure of the American “Bank of Justice” to honor the “promissory note” it had given Black people, 100 years earlier, for freedom, justice and equality. If fact he said that African Americans had been given a “bad check” that had come back marked “insufficient funds”.

Ironically, August 28th was also the 58th Anniversary of the brutal racist  murder of a 14 year old Black boy named Emmitt Till in Money, Mississippi on August 28, 1955.  On a more upbeat note, August 28th this year was the 5th Anniversary of the historic speech of Senator Barack Obama, in the summer 2008, accepting the nomination of the Democratic Party for President of the United States.

Beyond this specific date, this year 2013, marks the 150th Anniversary of the Emancipation Proclamation which, by executive order in 1863, freed the enslaved African population in the rebellious southern states during the Civil War.  It is also significant that, in the global African community, 2013 is the 50th Anniversary of the creation of the Organization of African Unity (OAU) by the 32 African heads of states, of the newly freed African nations, who gathered in Ethiopia on May 25, 1963 for the founding summit.

As he stepped on to the podium, and into history, on August 28, 1963, Dr. King was keenly aware of all of these important events with the exception of the presidential acceptance speech that a 2-year old African American boy, from the state of Hawaii, was destined to make in exactly 45 years, to the day, in the future.

From the very beginning Dr. King saw his role as that of “Drum Major” in the universal struggle for the freedom for all people of African ancestry.  Just three months after Rev. King had won his first victory in the year-long Montgomery Bus Boycott, in December 1956, he found himself in West Africa at the independence celebration of Ghana on March 6, 1957. Ghana was the first sub-Saharan African country to gain political freedom in the 20th century. While there, Rev. King met with the great Pan Africanist Dr. Kwame Nkrumah who became Ghana’s first Prime Minister and President.

While observing the old Union Jack flag of England coming down and the new beautiful multi-colored flag of Ghana going up, Dr. King turned to the Rev. Congressman Adam Clayton Powell, Jr. from Harlem, on his right, and Dr. Ralph Bunch, the first Black Nobel Peace Prize winner, on his left, and said:  “That old flag, coming down, represents and old order passing away and that new flag, going up, represents a new order coming in”.

Rev. King was very moved by this experience in Ghana and spoke of it often, most notably at his own Ebenezer Baptist Church, immediately upon his return, in a sermon entitled “Birth of a Nation” and later in a famous speech to a wider audience entitled “Remaining Awake through a Great Revolution”.

Dr. King always put Ghana’s independence, in Africa, in the context of the freedom struggle of Black people in America. He saw a strong connectivity between the black freedom struggles on both continents. In an essay entitled “The Time for Freedom has Come” written for the New York Times Magazine on September 29, 1961, Dr. King noted that “Many of the students, when pressed to express their inner feelings, identify themselves with students in Africa…..The liberation struggle in Africa has been the greatest single international influence on American Negro [Black} students. Frequently I hear them say that if their brothers [and sisters] can break the bonds of colonization surely the American Negro can break Jim Crow. African leaders such as President Kwame Nkrumah of Ghana, Governor General Nnamdi Azkiwe of Nigeria, Dr. Tom Mboya of Kenya and Dr. Hastings Banda of Nyasaland are popular heroes on most Negro/Black college campuses. Many groups demonstrated or otherwise protested when the Congo leader, Patrice Lumumba was assassinated……Part of the impatience of Negro/Black youth stems from their observations that change is taking place rapidly in Africa and other parts of the world, but comparatively slow in the South” And the “new order” that Dr. King spoke of, on the 6th of March 1957 in Ghana, culminated 37 years later with the swearing in of Nelson Mandela as the first Black President of South Africa, on May 11, 1994, after more than 45 African nations had joined the ranks of the politically free.

Dr. King also paid his respects to another great Pan African freedom fighter, Marcus Garvey, during a trip that he made to Jamaica with his wife (Coretta Scott King), on June 20, 1965.  While there they laid a wreath at the shrine, where Garvey’s body had been re-entombed, after it was brought back from London where he had died in 1940.  In so doing, Dr. King said:  “Marcus Garvey was the first man of color in the history of the United States to lead and develop a mass movement. He was the first man, on a mass scale and level, to give millions of Negroes (African people) a sense of dignity and destiny, and to make the Negro (Black People) feel that he was somebody.”

I believe that if Dr. King had survived his assassination attempt in 1968, he probably would have been in South Africa in the 1970s and 80s working with Bishop Tutu, the African National Congress (ANC), Pan African Congress (PAC) and other indigenous organizations in the liberation movement, in the struggle to free Nelson Mandela and secure freedom and democracy for Black people in South Africa, through non-violence.  Through these efforts we may have seen Mandela freed and elected the first Black President of South Africa a decade earlier in the 1980s.

Here in America, it is well passed time for the “Bank of Justice” to make good on the promissory note that the Rev. Dr. Martin Luther King, Jr. and the Freedom Marchers came to Washington to cash 50 years ago. The recent decision of the Supreme Court to gut the Voting Rights Act of 1965 is moving the nation in the direction of revoking the 15th amendment to the Constitution of the United States that gave African Americans the right to vote, on March 30, 1870, in the century before last. The acquittal of George Zimmerman, who stalked and murdered a Black teenager, whose only crime was walking home with a cold drink and a bag of candy, is in keeping with the long tradition set by the Supreme Court, in the 1857 Dred Scott decision, which said that Black people have no rights that white people are bound to respect.

In the movies today we see the father, of a future black White House “Butler”, killed in cold blood in 1926 and his white murder, who had just raped his wife, gets away with it. In real life, and right before our eyes,  Zimmerman and others, who do not share our continental origins, have gotten away with murder, this year (2013), in the case of Trayvon Martin; 1999, in the case of Amadou Diallo; 1955, in the case of Emmitt Till and the list goes on.

It is not enough simply to commemorate the great March of 50 years ago by reenactments to drum up good feelings and warm memories about our great leaders “back in the day” and the “progress” that has been made since then. The best way for us, and today’s Freedom Marchers, to honor the great legacies of our past is to make, and fight for, specific demands and proposals, comparable to the 1964 Civil Rights Act and the 1965 Voting Right Act, that will remedy the ongoing racial injustices in the 2nd decade of the 21st century that continue to plagued us and represent a “clear and present danger” to us as a people.  The emergence of a politically united Africa, as a world power, will only serve to “speed up”’ that process.

Accordingly, let me end with a universal quote from the Rev. Dr. Martin Luther King, Jr..: “Injustice anywhere is a threat to justice everywhere”.  Being ever mindful of this special truth, we shall “keep the faith” knowing that “we shall overcome”.  And when we finally do reach the promise land of justice, and “freedom rolls down like waters and righteousness like a mighty stream”, we will be sure to give God the glory.

Written and Submitted by: