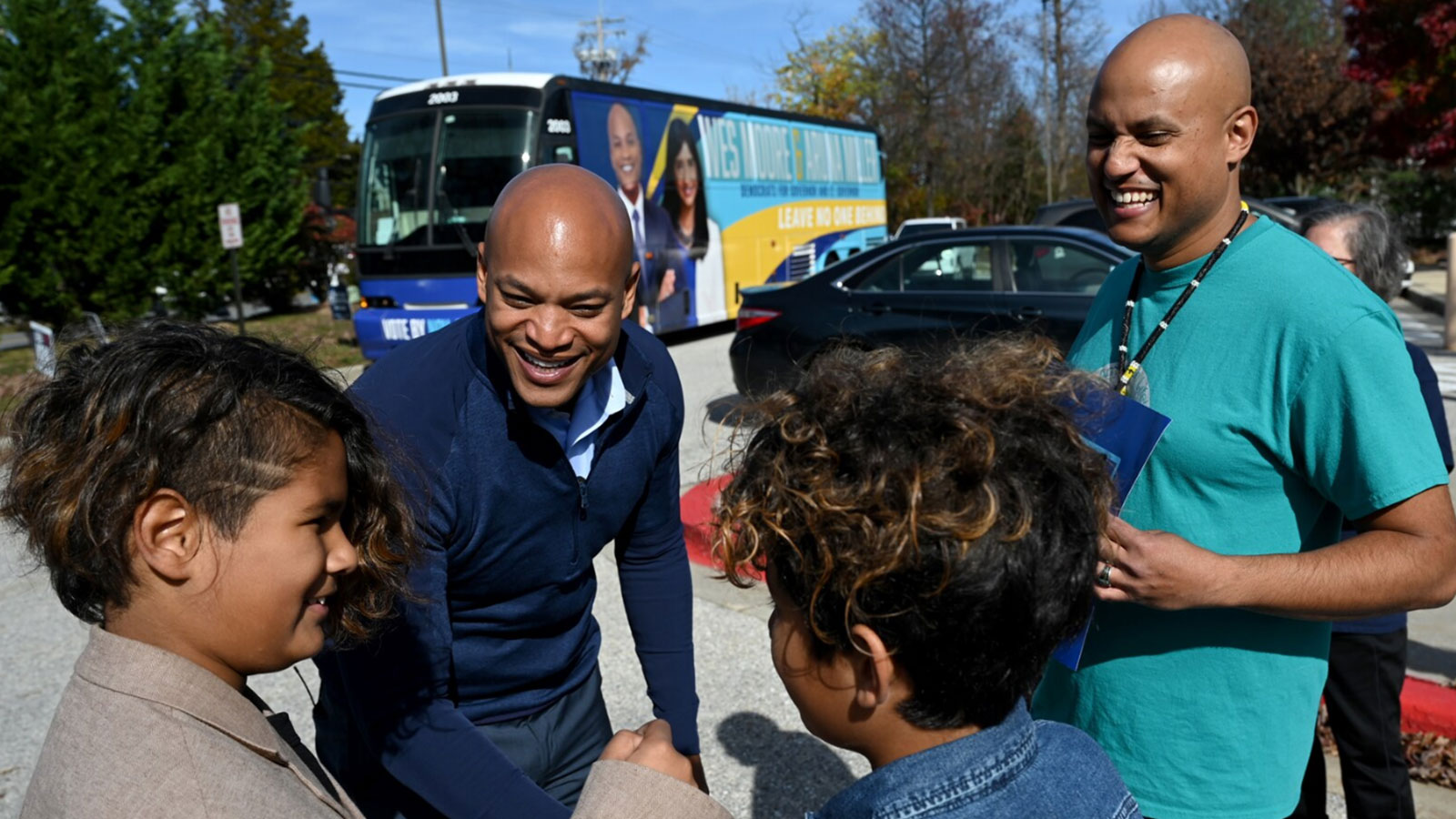 For many Black voters in Maryland who helped lift Wes Moore to victory, this moment — as he prepares to take his oath — is one of pride, and great expectations.

It’s a point Wes Moore made dozens if not hundreds of times while asking for votes last year: He wasn’t running to make history.

But for many Black voters who helped lift Moore to victory, this moment — as he prepares to take his oath on a Bible that belonged to the abolitionist Frederick Douglass, who was born enslaved in Maryland and died free — is one of pride and great expectations.

An author, combat veteran and former nonprofit chief, Moore will be sworn in Wednesday on the steps of the Statehouse, just blocks away from Annapolis City Dock, one of the Chesapeake region’s earliest slave ports, and where the author Alex Haley’s Kunta Kinte, who was captured in Gambia in 1767, was sold into slavery. He becomes the first Black governor in Maryland, the third to be elected in the nation’s history and the only Black person to hold the office of governor in the United States today.

Black voters who were interviewed said that in choosing Moore, they weighed the state’s persistent inequities in education, employment and economic opportunities. They described the political newcomer and former head of a large poverty-fighting nonprofit organization as a catalyst needed to help end child poverty and close a racial wealth gap that, according to the Federal Reserve, leaves the typical White family with eight times the wealth of a Black one.

“He has more of an understanding of the problems of the population more than any other person,” said Legrand Ouado, 57, an immigrant from Cameroon who lives in Bowie and works as a special-education teacher.

Moore’s campaign theme to “leave no one behind” resonated, especially among Black voters who have overcome entrenched legacies of slavery, lynchings and Jim Crow laws only to experience the cumulative toll of racist policies today — with shorter life expectancies andfacing discrimination in banking, with home appraisals and in interactions with law enforcement.

Carl Snowden, a longtime civil rights activist and the convener of the Caucus of African American Leaders, likened the expectations of the promise of Moore’s governance to those of Barack Obama’s presidency.

“It’s huge, huge, huge,” he said, emphasizing each word. “Those expectations, when they come from Black people, those expectations come from slave ships. The ancestors, people who came here from slave ships, didn’t know what the New World would hold but hoped for the very best. We’re living in a very, very precarious time. We don’t know what the future will hold, but we are hoping for the very best.”

In Maryland, long home to one of the highest concentrations of Black people outside of the Deep South, about 1 in 3 registered voters — nearly 1.4 million people — identify as Black. And nearly 80 percent of Black respondents polled within weeks of the election said they would vote for Moore if the election were held that day. The corresponding figure among White voters polled was 53 percent.

Ouado said he wants Moore to address discriminatory practices by police in a state that has led the nation in incarcerating young Black men, noting that Black people are stopped at disproportionately high rates by law enforcement and “tend to go to jail easily compared to other people.”

Moore has publicly refocused questions about the significance of his identity to the history he hopes to make while governing, but the facts of his life as a Black man and son of an immigrant matter in a diversifying state.

“There’s no way you could talk about this inauguration without talking about this state’s history of racism,” Snowden said.

That history is common to most Southern states, said David Taft Terry, an associate professor of history at Morgan State University, noting that slavery in Maryland continued beyond the Emancipation Proclamation of 1864.

“The Civil War forced slavery from Maryland, and the civil rights movement, such as it was, didn’t occur until the federal government begins in the fifties, in the sixties, to force Maryland and the other Jim Crow states to begin to change,” he said. “By that definition, it’s the South, if only from African American perspectives.”

He takes the helm of a state where a statue of Roger Brooke Taney, a slavery defender and the U.S. chief justice who wrote the Supreme Court’s infamous Dred Scott decision, stood on the Statehouse grounds for 145 years until its removal six years ago. The removal followed the violence in Charlottesville, where a neo-Nazi rammed his car into a crowd of counterprotesters, killing 32-year-old Heather Heyer as white supremacists protested plans to remove a statue of Confederate Gen. Robert E. Lee.

Howell, 52, originally from Virginia and an intern for then-Gov. Douglas Wilder, the country’s first Black governor, said Maryland needs a shake-up, a leader with new ideas and a different way to approach the systemic problems that plague the state.

Moore “represents optimism,” said Howell, who is deeply concerned about the state’s public school system and its ability to produce a highly educated workforce. “It’s time to usher in a new generation of leaders.”

Christian said the ascent of Moore, the son of a Jamaican mother who was widowed when Moore was a young child, is a celebration for Black people and anyone with humble beginnings.

For Modi Sellu, 28, a U.S. permanent resident who lives and works in a fusion of immigrant cultures, the rise of Moore and Aruna Miller, who will become the first woman of color and the first immigrant to serve in the state’s No. 2 role, embody the opportunities available for his children. Sellu said he heard about Moore from his wife, who is a U.S. citizen and able to vote. Moore’s background and faith were selling points for the family.

“It’s good that we’re seeing immigrants elevated,” said Sellu, who lives in Langley Park, a neighborhood brimming with Spanish speakers, and works with a blend of Americans and immigrants from countries that span Nigeria to Ukraine.