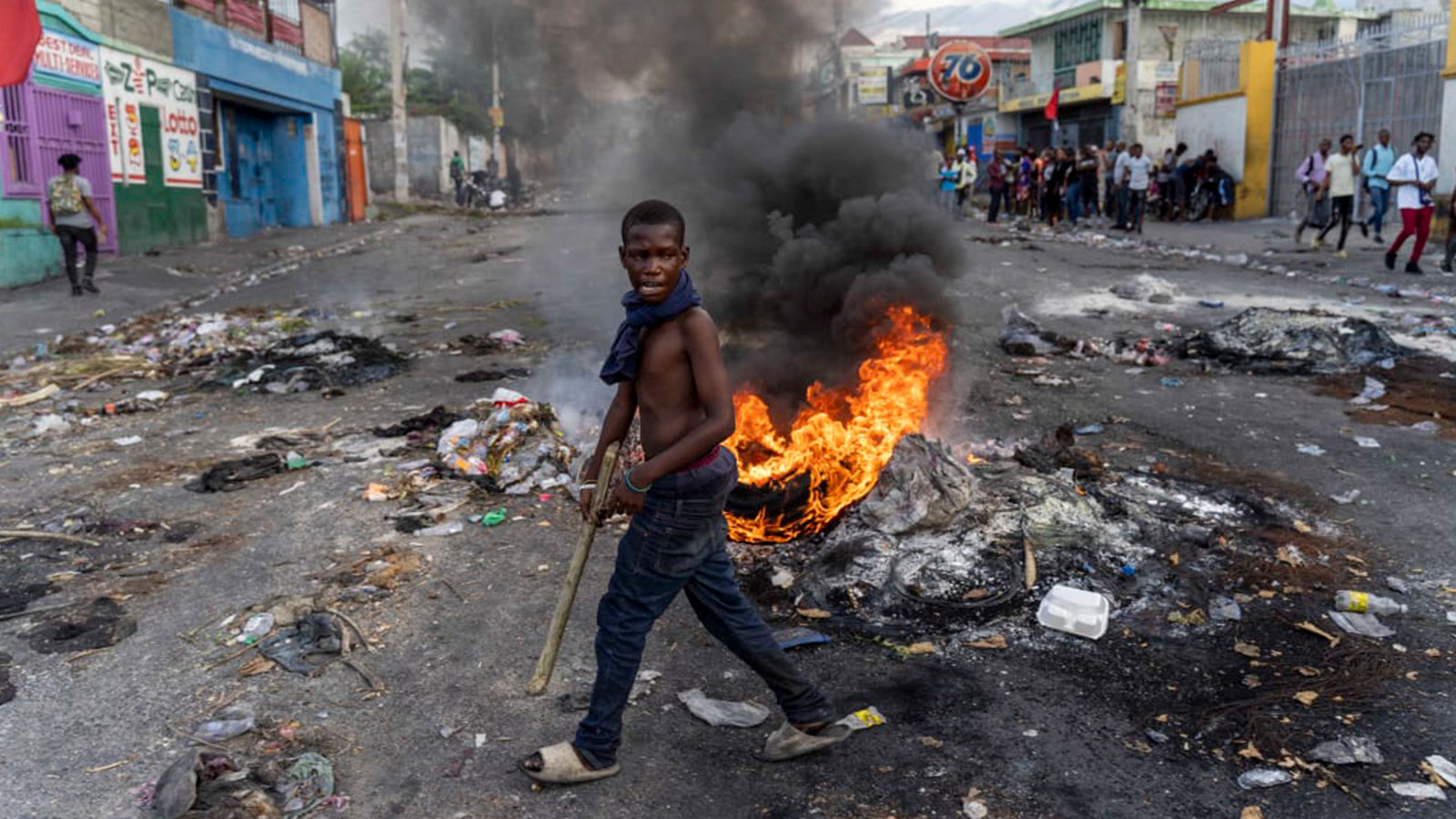 As its only remaining elected officials depart, Haiti reaches a breaking point

You Are Here: Home » Blog » News & Current Affairs » As its only remaining elected officials depart, Haiti reaches a breaking point

In the years since Haiti last held a democratic election, the challenges facing the country have spiraled: gang violence, inflation, a cholera outbreak. “It’s a collapse,” one outgoing senator said.

Haiti, a country long beset by catastrophe and political turmoil, is facing perhaps its steepest challenge in recent decades as its piecemeal government, now lacking any democratically elected officials, struggles to chart a path forward amid gang violence and a cholera outbreak.

The constitutional mandate of Haiti’s de facto ruler, Prime Minister Ariel Henry — which some viewed as questionable from the start, as he was never technically sworn in — ended more than a year ago.

The country has had no president since its last one, Jovenel Moïse, was assassinated in 2021. Its Senate is supposed to have 30 members, and its lower legislative chamber should have 119; all of those seats are unfilled. Haiti’s elected mayors were all reappointed or replaced in 2020.

And last week, its 10 remaining senators departed office after their terms ended, leaving behind a nation’s worth of elected offices that now sit empty after years of canceled elections.

“The situation is catastrophic,” said Robert Fatton, a Haitian-born political scientist at the University of Virginia. “It would not be an exaggeration to say that the current crisis is one of the most severe crises that Haiti has ever confronted.”

The country of 12 million people last held national elections in 2016. In the years since, the turmoil — political and otherwise — has been relentless.

Gang violence has displaced more than 150,000 people from their homes and forced aid groups such as Doctors Without Borders to close facilities and relocate staff. A new outbreak of cholera is suspected to have infected nearly 25,000 Haitians since October. In 2021, an earthquake killed 2,000 people and wrought new devastation to a part of the country that had been hit just five years before by a Category 5 hurricane.

Rampant inflation has sent the cost of food and gas spiraling; food insecurity is so widespread that about 40% of the population do not have enough to eat. And the disasters have combined to keep thousands of the country’s schools closed, meaning millions of Haitian children have lacked steady education and meals since the beginning of the pandemic.

“I grew up under dictatorship, so I’m not idealizing the Haiti I grew up under. But this is the first time I think we have seen this level of lawlessness, this level of gang violence where people’s lives do not matter,” said Cécile Accilien, a professor of Haitian studies at Kennesaw State University, in an interview with NPR. 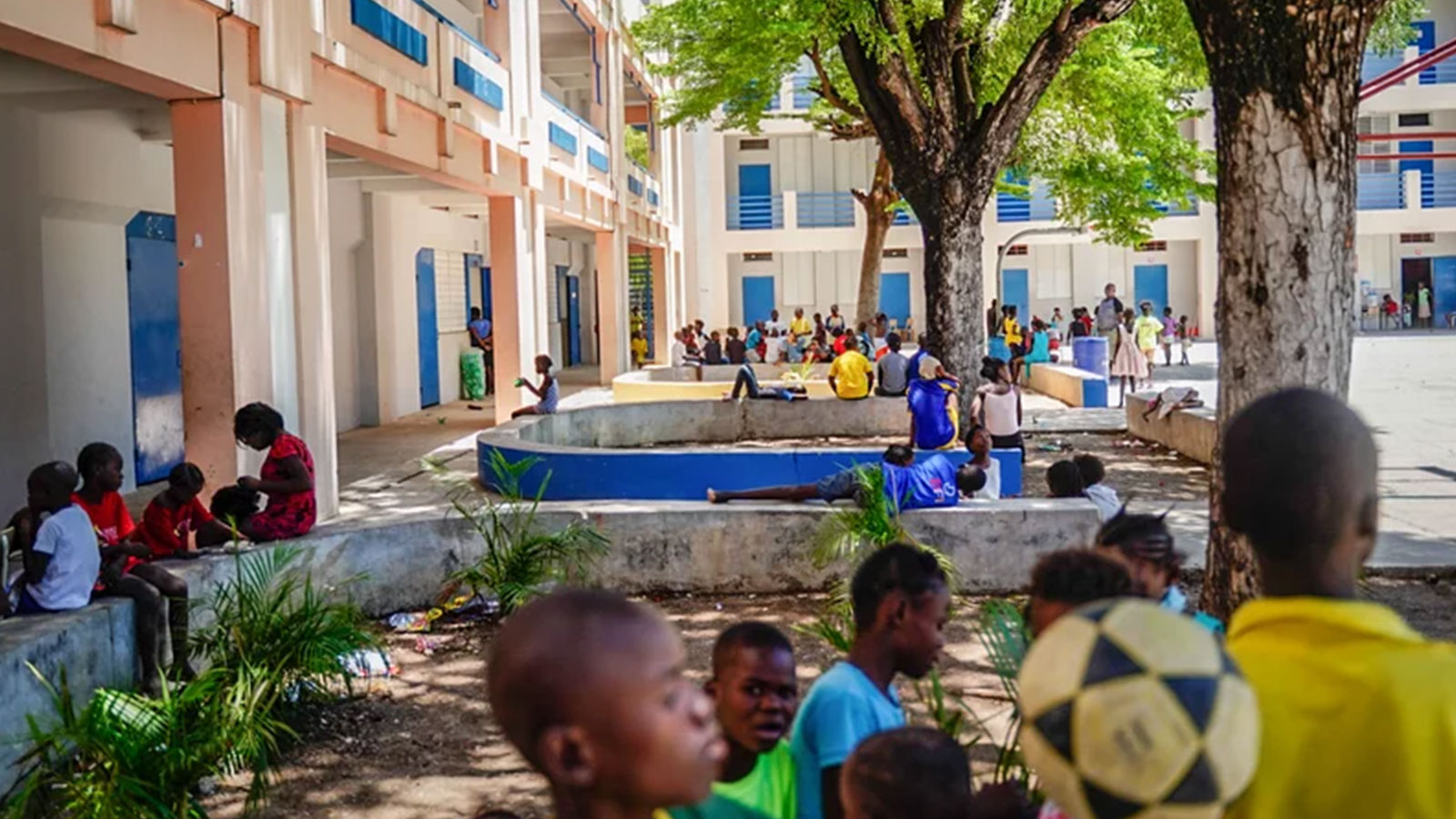 Even before the shocking assassination of President Moïse in July 2021, in which he was killed inside his private residence in Port-au-Prince, Moïse had been ruling by decree. He declined to call elections in 2018, then again in 2019, causing the terms of most of the country’s legislators and mayors to expire in January 2020.

That had already made him increasingly unpopular. Then, shortly before the still-unsolved assassination, Moïse appointed Dr. Ariel Henry, a neurosurgeon and former government minister, to serve as prime minister.

But lacking a quorum in the legislature to consider his appointment, Henry was never formally sworn in. After Moïse’s assassination, Henry emerged from a power struggle as de facto ruler. Even that shaky constitutional backing ended long ago; Haiti’s constitution requires elections to be held within 120 days of a presidential vacancy, a period that ended in November 2021.

Now, Henry stands alone at the head of a fractured, weakened government that appears powerless to address the country’s many challenges: gang violence, cholera, inflation.

“It’s a collapse,” said Patrice Dumont, one of the 10 senators who departed office this month.

Speaking to NPR last fall, Dumont said rampant corruption had kept Haiti from making progress. “The situation that we are facing now, it’s made because of the bad choices made by Haitian actors, Haitian political leaders,” Dumont said.

A small group of elites have long controlled Haiti’s ports, customs and government welfare agencies, he said. “And they live almost in paradise,” even as millions of Haitians live in poverty, he said. Other key ports and roads are held by gangs, who control an estimated 60% of Port-au-Prince.

Dumont compared Haiti, with its widespread social injustice and wealth inequality, to a pressure cooker always at threat of explosion.

After Moïse’s assassination, a group of civil society organizations and political parties convened to chart a different path forward for Haiti. Together, in late 2021,they proposed what’s been called the Montana Accord: a two-year interim government, led by a president and prime minister, to provide stability and oversight until new elections could finally be held. 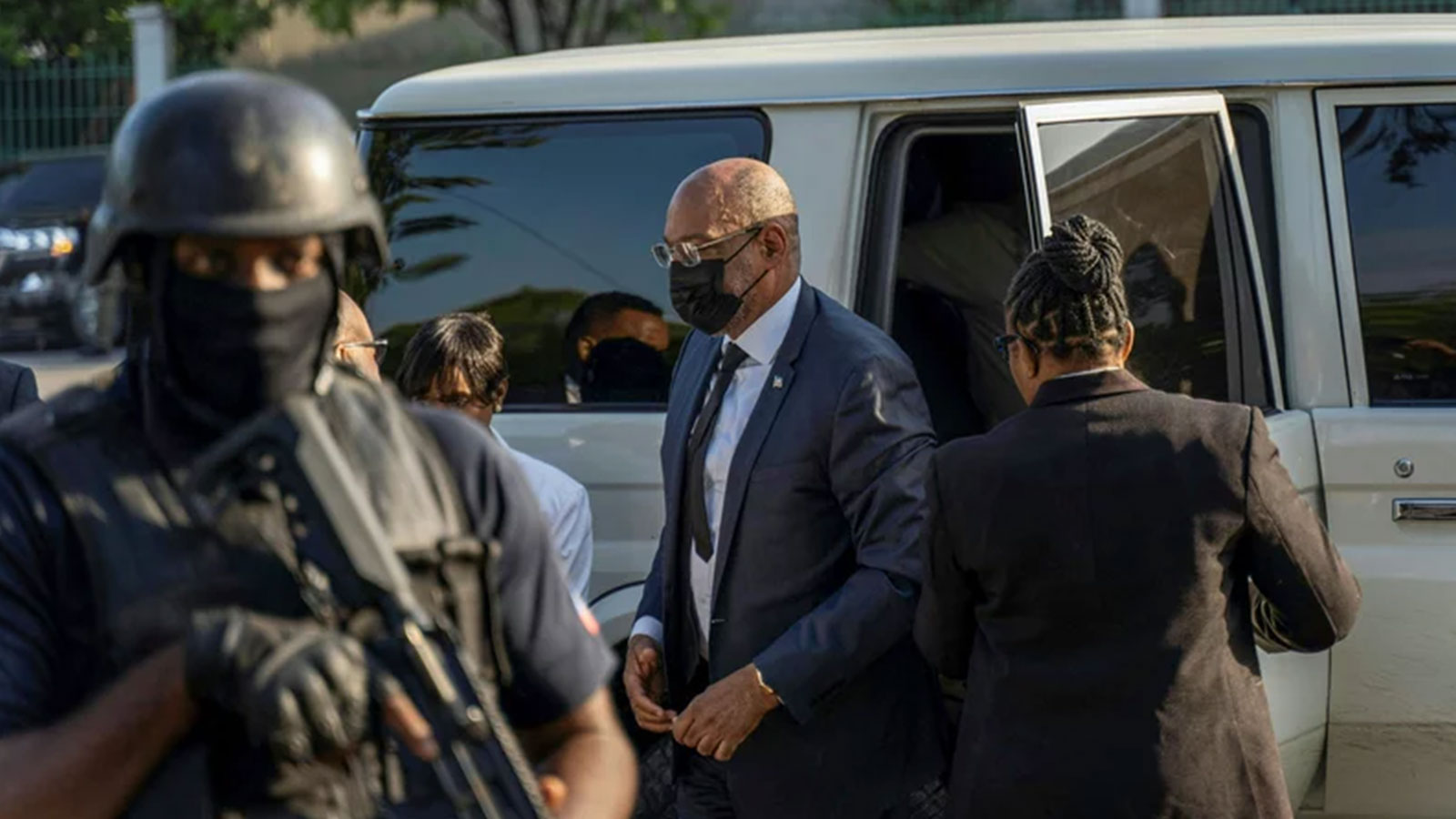 Haitian Prime Minister Ariel Henry is pictured in October at the Champ de Mars, adjacent to the National Palace, in Port-au-Prince. His constitutional mandate, which some viewed as questionable from the start, ended more than a year ago. (Richard Pierrin/AFP via Getty Images)

Negotiations between the group and Henry have not yet borne fruit. Meanwhile, the country’s myriad humanitarian crises have worsened since the political chaos began.

Last October, amid a fuel crisis set off by the elimination of fuel subsidies and gang control of a key terminal, Henry requested foreign military intervention to help stabilize the situation.

The U.S. and U.N. said they would consider Henry’s request. But among Haitians, that call was widely unpopular; much of the population views foreign groups with distrust after years of ineffective — or downright harmful — interventions by international organizations and governments. Haiti’s national police regained control of the fuel terminal in November.

Henry has called for elections in 2023, but many are skeptical

Now, all eyes are on Henry, who recently agreed to hold elections this year with the aim of swearing in a new government in early 2024.

On New Year’s Day, Henry called for a new round of elections, writing on Twitter that they must be done “without prejudice” and “in transparency.”

But Henry has not said when such a vote would happen — instead, he has promised to reestablish a long-disbanded electoral council to plan and propose “a reasonable timetable” for elections.

Henry’s pledges have drawn wide skepticism. A similar commitment in 2021 failed to materialize.

“It is highly unlikely that Henry can deliver on any of these new promises,” said Fatton of the University of Virginia.

Given the country’s terrible security situation and the lack of popular support for Henry’s government, the idea of elections in the immediate future is “frankly preposterous,” Fatton said. “Having elections after six or seven months would recreate the current mess and the prevailing zero-sum-game politics.”

The United Nations said last month it would appeal for $719 million for Haiti in 2023, about double the amount in 2022. Ulrika Richardson, the U.N. humanitarian coordinator in Haiti, said last month that efforts to combat the worsening crises would be ineffective unless the root causes of Haiti’s problems are addressed.

“It’s going to be very difficult if we don’t address this now,” she said. “We have corruption. We have impunity. We have governance. And all of that needs to really be at the center of our thinking as we go forward.”

Featured image: A young man walks past a burning barricade during a protest against Haitian Prime Minister Ariel Henry, calling for his resignation, in Port-au-Prince. (Richard Pierrin/AFP via Getty Images)