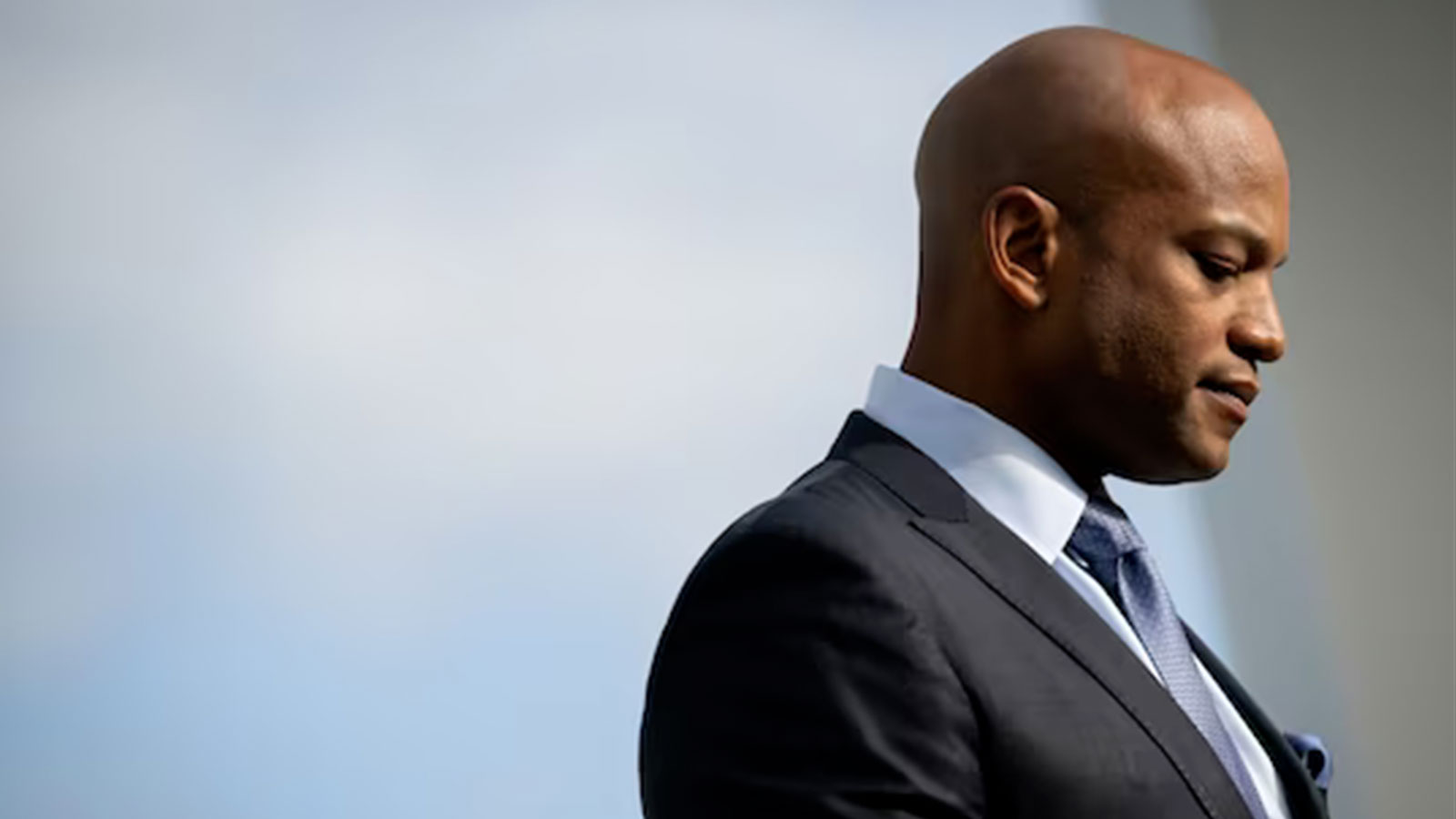 Who are the five Black governors who came before Maryland’s Wes Moore?

You Are Here: Home » Blog » News & Current Affairs » Who are the five Black governors who came before Maryland’s Wes Moore?

Wes Moore will become Maryland’s first Black governor Wednesday. Here are the five Black governors who came before him, from Oscar Dunn to David Paterson.

When Wes Moore takes the oath of office as Maryland governor on Wednesday, he’ll move into a governor’s mansion surrounded by history. Within blocks of the residence is a statue of Kunta Kinte, an enslaved African brought to Annapolis in 1767 and made famous by author Alex Haley; the William Paca House, the former mansion of a previous governor and enslaver; and a statue of Thurgood Marshall, the first African American on the U.S. Supreme Court.

Moore will be making history himself, as the state’s first Black governor and one of only six African American men to ever serve as governor of a state. (A Black woman has never been governor.)

Here’s a brief introduction to the Black governors who came before Moore. 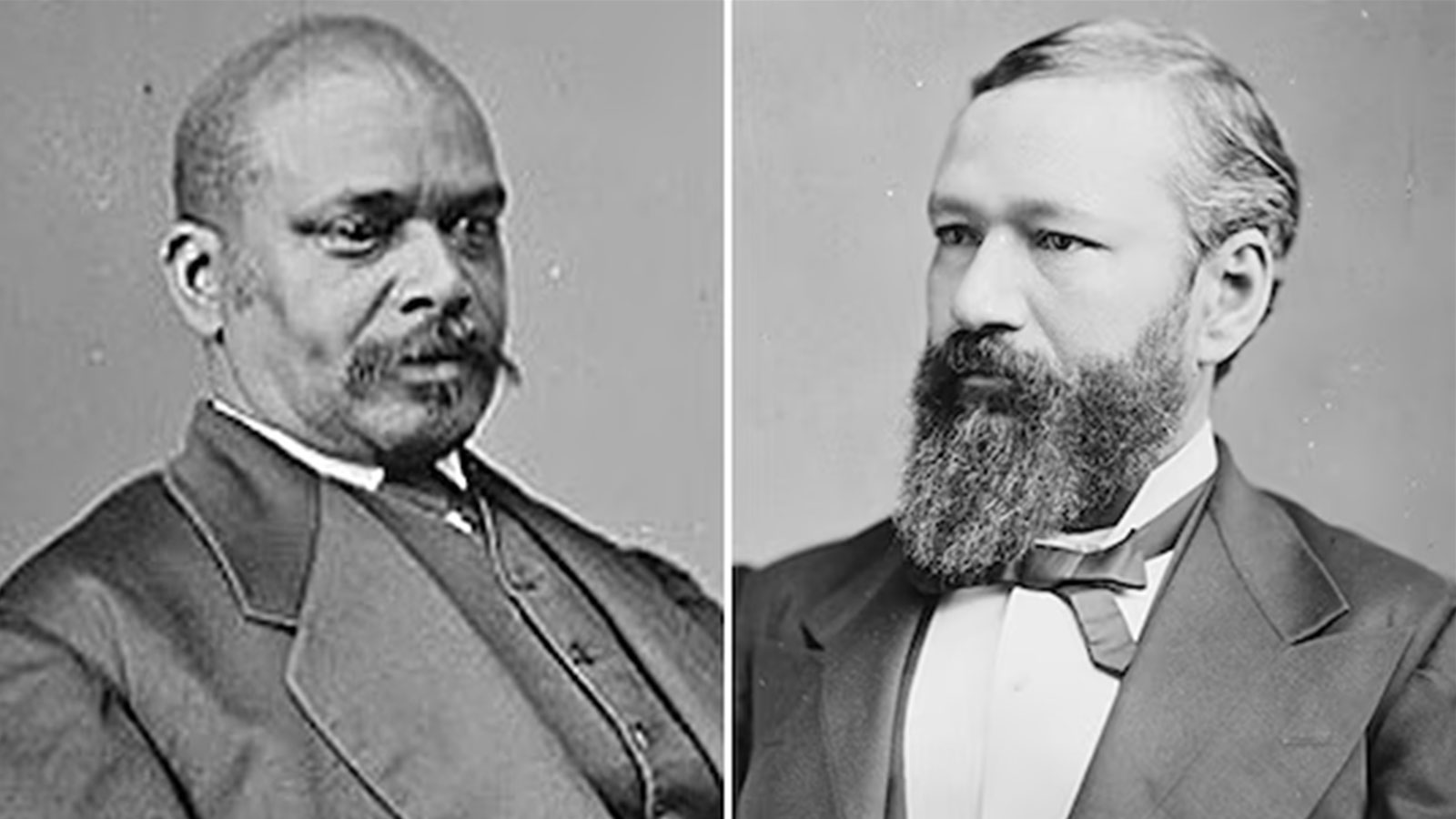 Little is known of Dunn’s life before his political ascent, but research by historian Brian K. Mitchell shows he was born enslaved, to an enslaved mother. His stepfather purchased and freed Dunn and his mother when Dunn was a boy. As an adult, he worked as a plasterer and a music teacher and found prominence among New Orleans’s Black Freemasons.

Elected as lieutenant governor — the first African American to serve as an executive officer in the United States, according to Mitchell — he also served as acting governor for 39 days when Warmoth was severely injured in a boating accident and left the state. He even made judicial appointments and issued a pardon while acting governor, moves that angered Warmoth, who rushed back to the state to retake the governorship.

Pinchback was born in Georgia to a formerly enslaved woman and her former enslaver. He and his siblings had light skin and were raised among their White half-siblings; at least one of his sisters later “passed” as White and encouraged Pinchback to do the same. He didn’t.

After being educated in Ohio and working on gambling boats, Pinchback returned to the South during the Civil War, serving as an officer in the United States Colored Troops. During Reconstruction, he entered politics and was elected to Louisiana’s state Senate.

When Warmoth was impeached in 1872, Pinchback became acting governor for 34 days — Dec. 9, 1872, to Jan. 13, 1873 — the remainder of Warmoth’s term. Pinchback was also elected to the U.S. Senate but never seated, amid violent opposition from White Southern Democrats.

Mitchell, who recently co-authored a graphic-novel-style history about Dunn, told The Washington Post that Dunn was intentionally written out of history by Lost Cause academics, who preferred to put the “first Black governor” label on Pinchback because of his reputation for corruption and dishonesty. Regardless, both men were trailblazers during the brief promise of Reconstruction. 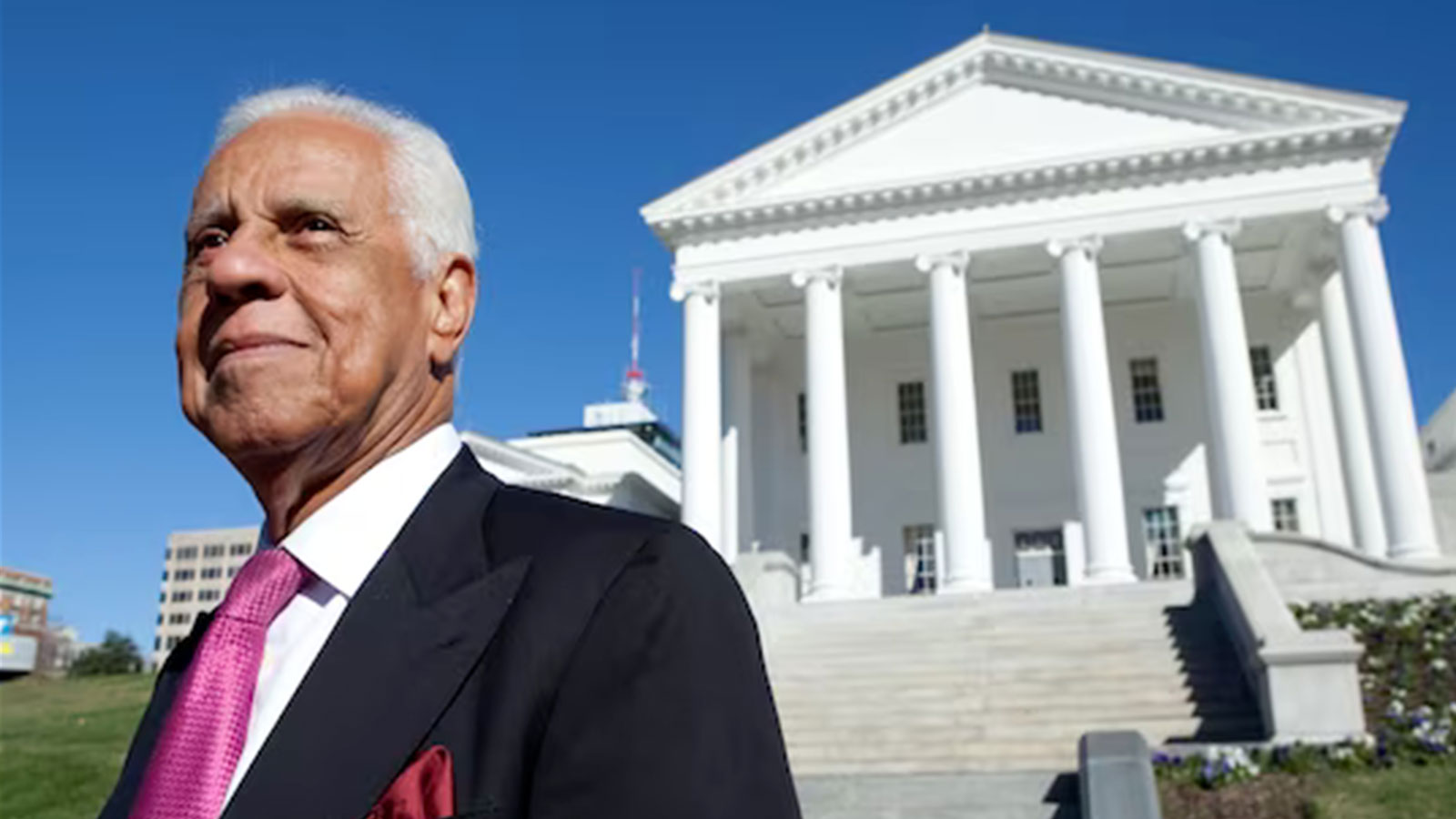 Former Virginia governor L. Douglas Wilder poses for a portrait outside the Capitol in Richmond in 2015. (Timothy C. Wright for The Washington Post)

It would be more than a century until an African American served as governor again, this time in Virginia.

L. Douglas Wilder has spent most of his long life in Richmond, a city that was once the capital of the Confederacy. Wilder was born in Richmond and raised there, and after serving in the Korean War and going to law school, he started a law practice there. A Democrat, he was first elected to the state Senate in 1969, and then as lieutenant governor in 1985.

In 1989, he ran for governor, beating his Republican rival by less than half-a-percentage point. When he was inaugurated on Jan. 13, 1990, he became the first African American elected as governor of any state. His grandparents had been born enslaved.

As governor, Wilder was both commended and criticized for his moderate views, and he spent much of his term cutting the budget and pushing anti-crime legislation. After briefly running for president in 1992, he left office in 1994 after one term, a requirement of Virginia’s Constitution. Wilder later served as mayor of Richmond and, at age 92, is a professor at Richmond’s Virginia Commonwealth University, in a public affairs school named after him. 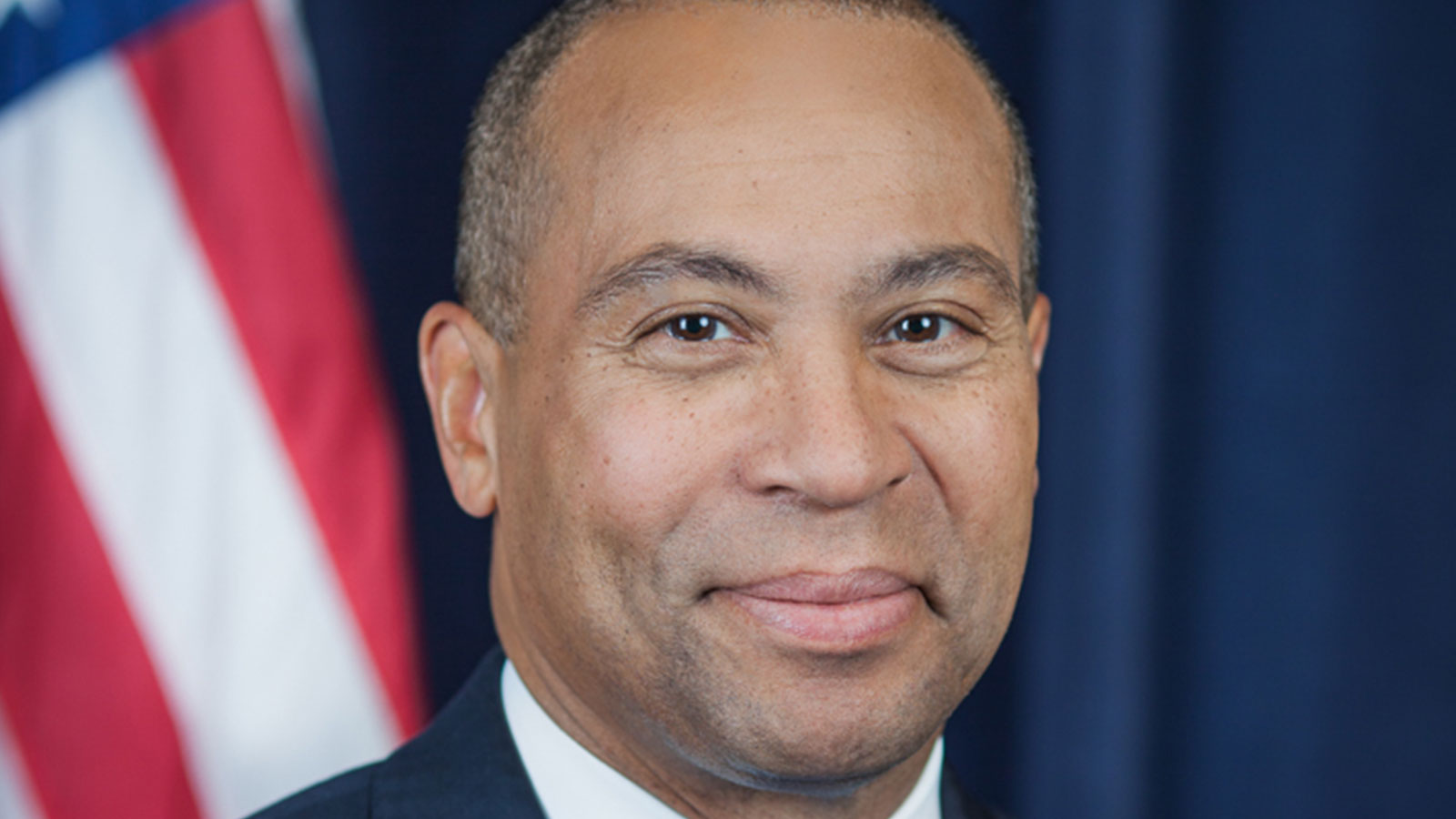 Deval Patrick was the first African American governor to be elected to a second term, serving Massachusetts for eight years. Raised in a Chicago housing project, Patrick first came to Massachusetts as a student at Harvard. After law school, he zigzagged between public and private jobs, working in the Justice Department’s civil rights division and in leadership at Texaco and Coca-Cola.

Patrick had no experience in elected office when he ran for governor in 2006, and the race was the “dirtiest gubernatorial campaign in my memory,” former Massachusetts governor Michael Dukakis wrote at the time. Patrick was subjected to “Willie Horton”-style attack ads linking him to a convicted rapist he once defended.

As governor, Patrick oversaw education reforms and gun-control legislation and was an early supporter of same-sex marriages. Like Wilder before, he briefly ran for president in 2020. He is now a managing director at Bain Capital. 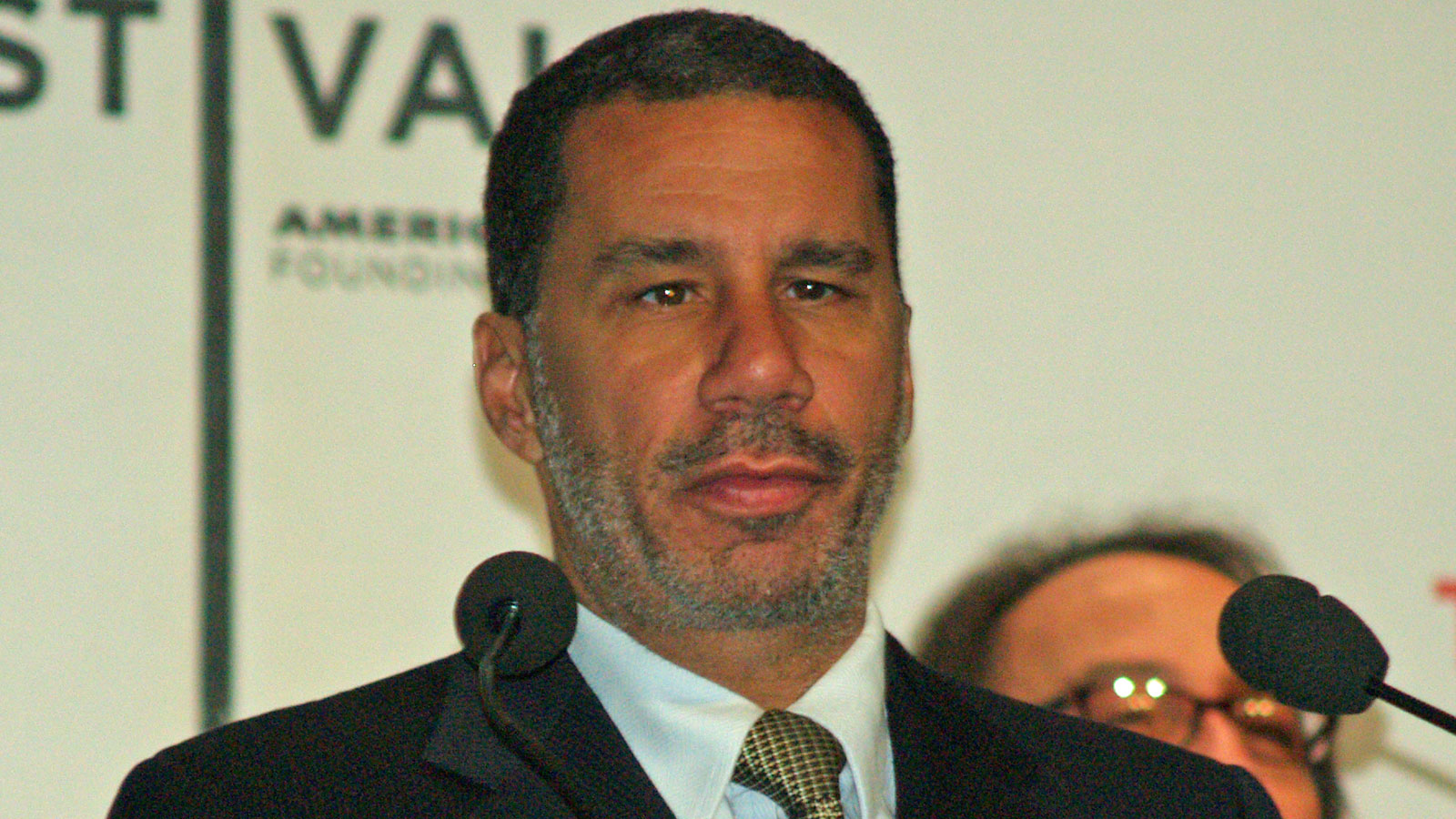 As lieutenant governor of New York, David Paterson took over for Gov. Eliot Spitzer in 2008 after Spitzer resigned amid a prostitution scandal. Born and raised in New York, Paterson traces his roots on his mother’s side to enslaved people in North Carolina and South Carolina, and on his father’s side to the Caribbean.

As governor, Paterson saw the state through the worst of the “Great Recession.” He was also the first legally blind person to be sworn-in as governor of a state. He ran for his own term in 2010 before bowing out due to a corruption scandal.