Georgetown and the Sin of Slavery

You Are Here: Home » Editors' Choice » Georgetown and the Sin of Slavery 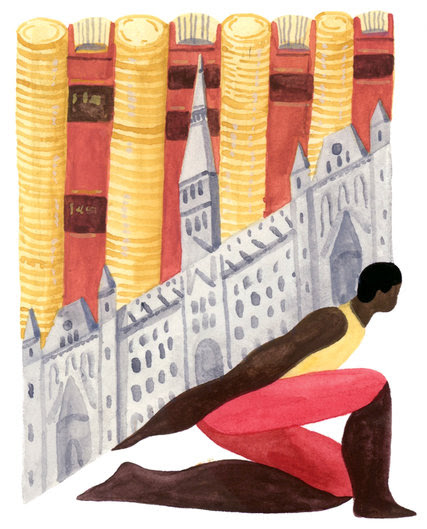 The reparations movement, which calls for compensating the descendants of generations of enslaved Americans going back 250 years, has failed to gain traction in this country for a variety of reasons.

Most Americans see slavery as an artifact of the distant past that has no bearing on the nation’s present. And even people who are sympathetic to the reparations idea — and who acknowledge the continued imprint of slavery on society — have often argued that there is no way to distinguish descendants who have provable claims to compensation from those who do not, partly because enslaved people usually went unnamed in the United States census, which rendered them faceless in the historical record.

Bankers, merchants and manufacturers all profited from the slave trade, as did companies that insured slaving ships and their cargo. And more than a dozen universities have acknowledged ties to slavery. Even so, some will find ways to paper over the role that slavery played in their founding and early history.

Such denials are impossible in the harrowing history of slavery at Georgetown University that Rachel Swarns recounted recently in The Times. In 1838, the Jesuits running the college that became Georgetown sold 272 African-American men, women and children into a hellish life on sugar plantations in the South to finance the college’s continued operation. On that fact, there is no dispute.

The sale by the Jesuits stands out for its sheer size and the directness of its relationship to the existence and fortunes of one of the country’s top Catholic universities. The names of the people who were taken from the Jesuit plantations in Maryland and shipped to New Orleans are known. The fact that some of their descendants have already been found makes this a particularly salient case in the emerging effort to confront one of history’s worst crimes against humanity.

Georgetown is morally obligated to adopt restorative measures, which should clearly include a scholarship fund for the descendants of those who were sold to save the institution.

Many people may be startled to learn that the Jesuits were among the largest slaveholders in the nation. But as the historian Craig Steven Wilder notes in the forthcoming book “Slavery’s Capitalism: A New History of American Economic Development,” the Catholic Church was fully involved with slavery in the colonial period. Professor Wilder writes that income from slave plantations gave Catholics the resources to resist colonial-era persecution, allowed the church to survive through the American Revolution and underwrote the church’s expansion.

Visitors to the Jesuit plantations, including an Irish priest who visited Maryland in 1820, documented the violence against the enslaved. Some urged the church to get rid of its slaves. But as Professor Wilder writes, “Rather than retreating from slaveholding, the bishops built their church by tracking the westward expansion of plantation slavery” after the Louisiana Purchase.

At Georgetown, slavery and scholarship were inextricably linked. The college relied on its plantations to help pay for its operations. When the school fell into trouble, the sale of the African-American men, women and children staved off its ruin.

The black Georgetown families might have been lost to history had the Jesuits not recorded their names. With that information in hand, a nonprofit group called the Georgetown Memory Project has begun tracking down living descendants of these families. The statistical model used by the project estimates that there are 12,000 to 15,000 living descendants of the original 272 enslaved people.

Following student protests last fall, the university removed from two campus buildings the names of the two priests who arranged the sale. In addition, a university working group made up of students, alumni, professors and others are studying ways for the university to acknowledge, memorialize and make amends for this history.

According to Richard Cellini, the Georgetown alumnus who established the memory project, some of the descendants wept openly when they were told of family histories that had been a mystery to them. As Catholics, some have experienced crises of faith since learning of the brutality of the 19th-century priests. None of the descendants he has spoken with have mentioned money or reparations for themselves, Mr. Cellini said.

The descendants want their ancestors recognized in a durable way. Some would like to see a permanent memorial on campus that honors the enslaved families, one descendant said, as “real people with real names.” Georgetown can begin by welcoming the descendants into the university family and listening to their suggestions.