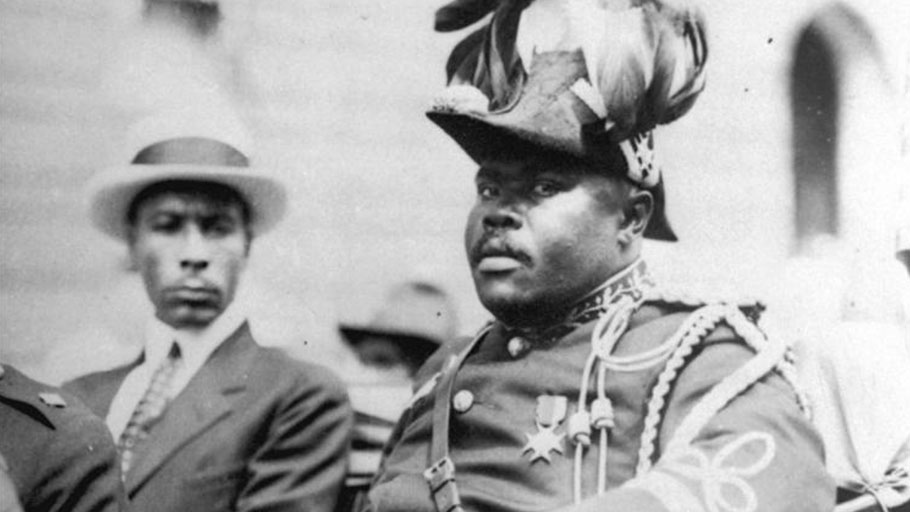 Hand back to us ‘our own civilisation’

You Are Here: Home » Blog » Editors' Choice » Hand back to us ‘our own civilisation’

The following is a tribute to Marcus Garvey on the occasion of the 130th anniversary of his birth. It is also in support of reparations and how the reparations can be used to the benefit of the progeny of the enslaved Africans mainly in the Diaspora.

“But, thank God, we have them all now, and as such we are asking that you hand back to us ‘our own civilisation’. Hand back to us that which you have robbed and exploited us of in the name of God and Christianity for the last 500 years.” — Marcus Garvey, 1919

Marcus Garvey saw the need for the former slaves to be compensated or given reparation for their forced enslavement almost 100 years ago. Yet many people who influence public thought have little or no idea, or understanding, of the history of black people in the Diaspora, and in particular Jamaica, and as a result tend to downplay the importance and significance of reparation.

It is necessary to introduce to some people the word Alkebulan, which is the name for the black race, and it is worth mentioning that the Spanish word ‘negro’ simply means ‘black’, which Garvey used with a capital ‘N’, as in Negro. Negro was an accepted and respected word during the times of Marcus Garvey.

It appears that all other races, and in particular the Caucasian/white race, feel threatened by the Alkebulan/black race and, as a result of this perceived threat, we have been severely and wickedly punished and have been oppressed and suppressed for hundreds of years at tremendous physical, mental and spiritual costs.

The word ‘costs’ now brings me to the difficult subject of ‘reparation’. Time and time again I hear the arguments that black people, especially those ripped from the womb of Africa and forced to live in the Diaspora, must forget about slavery and all the cruelties and atrocities associated with that dreadful system, and I am in total agreement that there is nothing that can be done to change the past.

However, most of us forget, and most times conveniently, that vast amounts of Africa’s human capital — referred to in our history books as “human cargo” — and there is not enough time to deal with the vast amount of natural and man-made resources that have been plundered over the years and up to present time.

This piece will not address whether Africans sold each other into slavery, because everything must be seen in its proper context, and many who argue this point are not able to realise that slavery meant different things to different people. For instance, Joseph’s brothers sold him into slavery, but he never remained oppressed and in bondage forever. It is recorded in the Bible that after he was freed, he occupied a very high position in Egypt.

On the matter of reparation, it is recorded that Adolf Hitler and his Nazi regime exterminated over six million Jews. The descendants of those Jews demanded and received reparations from the German people and that much of their stolen artwork and other valuables were returned to the victims’ families.

The Jews, however, have a huge advantage over our enslaved ancestors. The names of most of the Jews were known and, in most cases, there was documentation of the stolen property. Not only were our ancestors forced out of Africa at gunpoint, shackled and chained to each other, but their identities were of no significance to the Arab and European slave traders, as no captain bothered to record the names of the “passengers” aboard their stinking slave ships.

Our survival today could be greatly enhanced if we could have our case for reparations properly argued and suggestions for possible solutions to the questions as to what ways can we be compensated and how these solutions will be addressed and managed.

Lawyers would have to argue that the principal sum to be arrived at, plus interest, must be returned to the descendants of the people who were forced to build the economies of the USA, Britain and Europe for “free”. The white counterparts are already versed in finding loopholes through which to dodge paying anything, as they are adamant that they owe black people nothing. Yet many slave owners had made promises that they reneged on, and in so-doing have violated irrefutable spiritual laws that seem to be the underpinning elements that cause so much perpetual racial hatred and tension between the progeny of the slave owners and the progeny of the former slaves.

England was in favour of paying reparation, but she only paid reparation to the white and mulatto (white and African parents) slave owners for the loss of the use of their property or chattel, which was their former slaves. England never compensated the former slaves with reparation. The only thing the former slaves received was “Emancipation” which really meant that they were “on their own”.

Reparations for ‘X’ number of former slaves, over almost 180 years, would be enough for social infrastructure in areas such as health, education, housing, civic and utilities, transport, and a workable corrections and justice system, as well as creating revolving loans and debt release so that taxation can be reduced since most of our earnings as a country go to debt-servicing.

We could convert inner city slums into modern enclaves that would house hopeful, rather than stressed and depressed residents who, for the most part, depend on alcohol, tobacco and other substances to get through their lives. If people can’t live well then they will find ways to live, which may give rise to negative and unsavoury citizens throughout the country. Many of these types need a constant supply of guns, as the gun seems to be the weapon of choice as Jamaica seems to be sinking under the weight of crime and violence.

I can now hear the cynics and other detractors cackling away as to how much money they will get in their hands from the reparation and are wondering who will be the “cutter”.

Sensible and well-thinking people understand that money from foreign agencies should be handled by a commission or a board set up for such a purpose, and we have to be on the look out for those claiming to be “consultants”, as past experience has shown that many are not transparent and don’t give account for monies over which they are given stewardship.

Civil society will have to be strengthened and, as a result, we must build up the capacity of our community based organisations and non-government organisations. So only sensible lawyers must take the case for reparation and be sure that, “We Africans will fight, if necessary, and we know that we shall win, as we are confident in the victory of good over evil.” — Emperor Haile Selassie

So what’s the point of these suggestions that support reparation? That the majority of the 90 per cent black people living in Jamaica and the rest of the Diaspora may come to realise that tribalism, disunity and disorganisation have not served them well and that we cannot rest until we get justice for our African ancestors who had the dream that, one day, their progeny would be free and some may even choose to return to their homeland — Africa — either in spirit or in the flesh.

So we began, so we shall end by reminding us of the words spoken in 1919 by our National Hero Right Excellent Marcus Mosiah Garvey Jr when he said: “We are asking that you hand back to us ‘our own civilisation’. Hand back to us that which you have robbed and exploited us of in the name of God and Christianity for the last 500 years.”