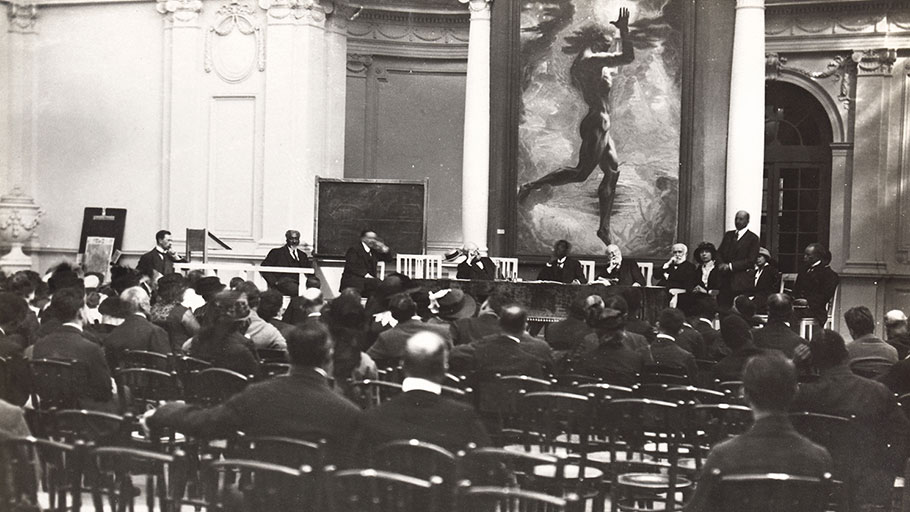 Is a United States of Africa Possible?

You Are Here: Home » Blog » Editors' Choice » Is a United States of Africa Possible?

Is a united Africa, freed from the legacy of colonialism, possible? The Pan-African movement has been advocated by many different voices, underpinned by a belief in the common destiny of the peoples of Africa.

It is more than 60 years since the All-African Peoples Conference convened in Accra, Ghana in 1958. It was a notable event in the history of Pan-Africanism. Organised by two leading Pan-Africanists, Kwame Nkrumah, who had led Ghana to political independence in March the previous year, and George Padmore, a Trinidadian writer and activist, who Nkrumah had appointed his Advisor on African Affairs, the conference brought together representatives from across the continent and the diaspora. Crucially, it was the first time that such an event had been held in Africa. It was, therefore, an opportune moment for Nkrumah to outline his bold vision: the formation of a United States of Africa.

Pan-Africanism remains a topical subject. In 2018, in response to the visit of the British prime minister Theresa May, Julius Malema, the leader of one of South Africa’s most significant opposition organisations, the Economic Freedom Fighters (EFF), evoked its spirit. In a widely viewed press conference he called for a united Africa with a common lingua franca and an end to Africa’s colonial borders. But what is Pan-Africanism? Broadly, it is the movement for the social, economic, cultural and political liberation of Africa and African peoples, including those of the African diaspora. This movement can be thought of as a river with many different streams and currents. What underlies the manifold visions and approaches is a belief in the unity, common history and purpose of the peoples of Africa and the diaspora and the notion that their destinies are interconnected. Much of this is defined by the need to oppose Eurocentrism and reclaim Africa’s rightful place in history. 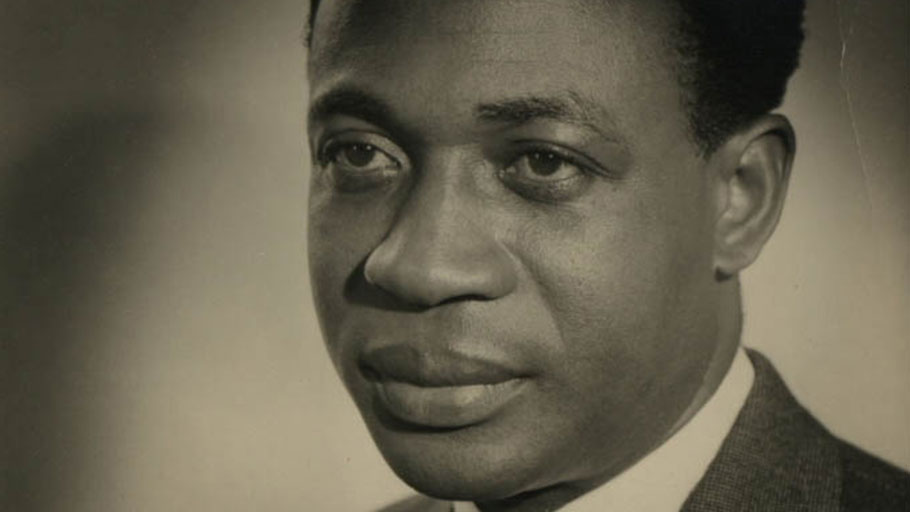 History has numerous examples of Africans uniting to oppose oppression. In 18th century London, for example, African writers and campaigners such as Olaudah Equiano formed the Sons of Africa, perhaps the first Pan-African organisation. Its members asserted their pride in a common African heritage and campaigned against Britain’s role as the world’s leading human trafficker at that time. Then, in 1791, occurred perhaps the most important event to undermine both racism and the slave system during the 18th century. The revolution that broke out in the French Caribbean colony of St Domingue in August 1791 led to the creation of Haiti, the first modern ‘black’ republic anywhere in the world and only the second independent country in the entire American continent. The revolution produced new heroes of African descent, such as Toussaint L’Ouverture and Sanité Belair.

Moving into the 19th century, early Pan-Africanists included Martin Delany, from the US and Edward Blyden from the Caribbean. Delany, an abolitionist, writer and medical practitioner, welcomed the ‘common cause’ that was developing between ‘the blacks and colored races’. He clearly stated his policy: ‘Africa for the African race and black men to rule them.’ Blyden, a politician, writer, educator and diplomat, has been seen as one of the key thinkers in the development of Pan-Africanism. He emigrated to Liberia and became a strong advocate of repatriation to Africa from the diaspora and ‘racial pride.’ His newspaper, Negro, was specifically aimed at audiences in Africa, the Caribbean and the US.

The term ‘Pan-African’ was established at the first Pan-African Conference, held in London in July 1900. It was organised by the British-based African Association, which was founded by the South African campaigner Alice Kinloch. The conference aimed to assemble ‘men and women of African blood, to deliberate solemnly upon the present situation and the outlook for the darker races of mankind’ and to demonstrate that those of African descent could speak for themselves. Its ‘Address to the Nations of the World’ condemned racial oppression in the US, as well as throughout Africa, and demanded self-government for Britain’s colonies. It was drafted under the chairmanship of the African-American activist W.E. B. Du Bois and included the phrase ‘the problem of the 20th century is the problem of the color-line.’ 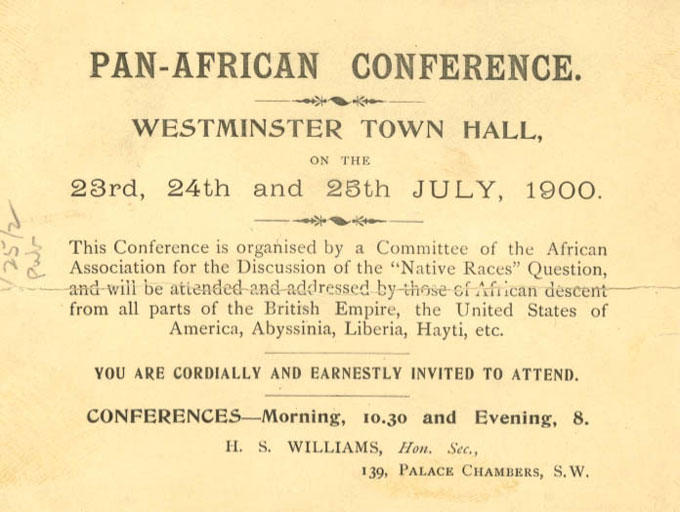 Du Bois sought to continue the tradition of those of African descent speaking with one voice when he organised his next Pan-African Congress in Paris in 1919. The aim was to influence the postwar peace conferences held in the city. The Congress proposed the creation of new states in Africa based around the confiscation of Germany’s former colonies, supervised by the other major colonial powers but taking in to account the views of the ‘civilized Negro world.’ Du Bois took the initiative to organise a second congress, held in 1921 in London, Paris and Brussels, a third in London and Lisbon in 1923, and a fourth in New York in 1927. The four congresses established the idea of Pan-Africanism, consolidated Pan-African networks and drew activists from the US, Liberia, Ethiopia and Haiti, as well as from Europe. The congresses took a stand against racism and raised the demand for self-determination, but were criticised for the moderate political views expressed and for the exclusion of Marcus Garvey, perhaps the leading Pan-Africanist of the time.

Garvey had established his Universal Negro Improvement Association and African Communities League (UNIA) in Jamaica in 1914. Among its aims were ‘a universal confederacy amongst the race’. Garvey re-established the UNIA in New York in 1917, where it soon attracted thousands of adherents, first throughout the US and soon after internationally. At its height the UNIA’s membership has been estimated at over four million. It was the 20th century’s largest Pan-African political movement. Its newspaper, Negro World, preached an anti-colonial message: ‘Africa for the Africans at home and abroad’, challenged white supremacy and extolled the greatness of Africa’s history. Of the UNIA’s many commercial ventures, the best known was the ill-fated Black Star shipping line, which aimed to promote commercial ties between West Africa, the Caribbean and the US. Garvey and the UNIA’s influence declined after his arrest and deportation from the US, but his legacy was significant. He was a major influence on the Rastafarian movement that emerged in Jamaica in the 1930s and particularly on its most famous adherent, the musician Bob Marley. Marley’s songs are full of Pan-African themes, such as Africa Unite. A speech of Garvey’s provides some of the lyrics for Redemption Song. 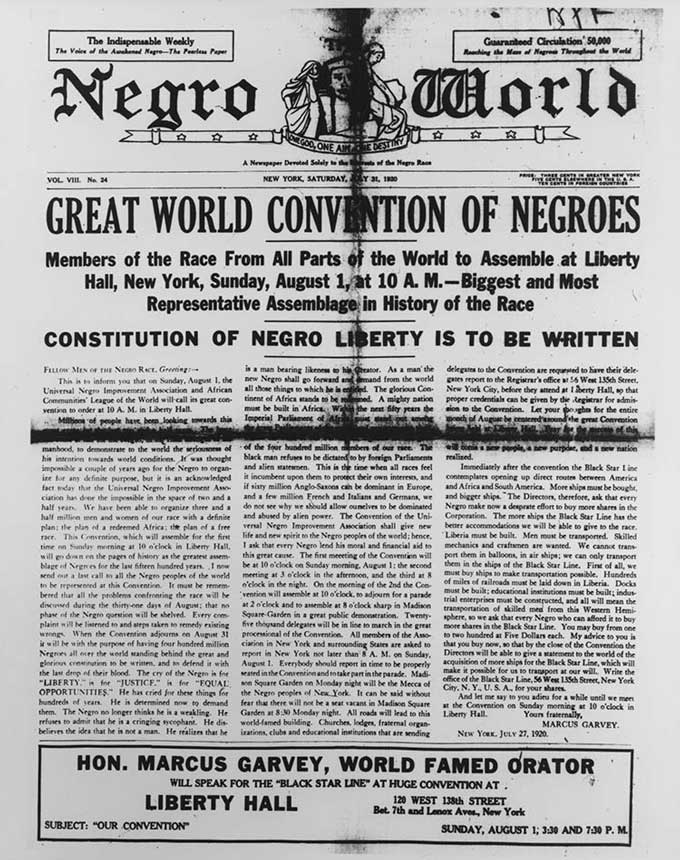 In the mid 1930s, the Pan-African movement became radicalised by the influence of Marxism. The Communist International promoted the idea of a United States of Socialist Africa, but the more radical approach to colonial rule was also the consequence of the dire economic situation during the Depression years, which led to major strikes and rebellions throughout the Caribbean and by Fascist Italy’s invasion of Ethiopia in 1935. The outbreak of the Second World War only strengthened Pan-African demands for an end to colonial rule; in Britain, George Padmore, Amy Ashwood Garvey and the Pan-African Federation made preparations for a new gathering at the Manchester Pan-African Congress of 1945.

The Fifth Pan-African Congress, held in Britain in 1945, is often considered the most important of all Pan-African conferences. Its participants included future African leaders such as Kwame Nkrumah and the future Kenyan prime minister Jomo Kenyatta. Its political stance was a product of both the radicalism of the 1930s as well as Padmore’s experience as a key organiser of the communist International Conference of Negro Workers in Hamburg in 1930. Participation was restricted to representatives of workers’ and farmers’ organisations – ‘the masses’ – who, it was hoped, would end colonial rule; by force if necessary. The Congress expressed its opposition to the ‘rule of capital’ and the imposition of Eurocentric political institutions in the colonies. It also condemned the colonial borders imposed on Africa, reflecting an internationalist spirit with its slogan ‘workers and oppressed people of all countries unite’.

After 1945 the epicentre of the Pan-African movement shifted to Africa. In 1957 the independence of Ghana created the conditions for a new stage in the struggle to liberate and unite the continent. Nkrumah declared that Ghana’s independence was ‘meaningless unless it is linked up with the total liberation of Africa’.

In 1958, with the assistance of Padmore, Nkrumah hosted the Conference of Independent African States, a gathering that included Ethiopia, Ghana, Liberia, Libya, Morocco, Sudan, Tunisia and the United Arab Republic (Egypt and Syria). It was the first time in history that such a meeting had taken place. Later that same year, Nkrumah hosted the All-African Peoples Conference. Both aimed to encourage participants to discuss ways of working jointly to ensure the end of colonial rule throughout the continent. Even at this early stage Nkrumah urged the African states to consider measures to enhance economic cooperation and to develop a common foreign policy. However, differences between the growing number of independent African states, which all claimed to be adhering to the principles of Pan-Africanism, were exacerbated by the continuing interference of the big powers in African affairs.

This did not prevent the founding of the Organisation of African Unity in Addis Ababa in 1963. The OAU has been seen as a compromise between ‘radical’ and ‘moderate’ African governments. Its formation was a major victory for Pan-Africanism. It was, however, the Pan-Africanism of governments, not the peoples of Africa. The OAU was established with four main aims:

To promote the unity and solidarity of the African States; to coordinate and intensify their cooperation and efforts to achieve a better life for the peoples of Africa; to defend their sovereignty, their territorial integrity and independence; to eradicate all forms of colonialism from Africa.

It had to contend with attempts by the major powers to maintain economic and other forms of control in Africa, as neo-colonialism and the effects of the Cold War all contributed to an increasingly ineffective OAU. Perhaps its greatest achievement was the support given to those struggling to remove the remaining colonial regimes in the Portuguese colonies, Namibia and Zimbabwe, as well as the apartheid regime in South Africa. 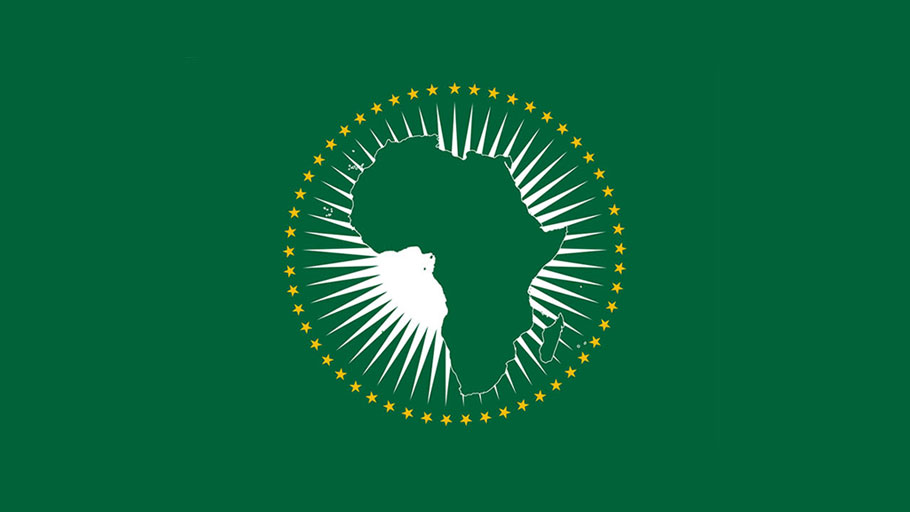 Flag of the African Union.

In 1999, Muammar Gaddafi, the Libyan leader, convened an extraordinary summit of OAU Heads of State. From this summit emerged the new organisation of African states, the African Union (AU). It was an attempt to revitalise the OAU, which had become widely discredited as a ‘club of dictators’, but also to establish a more robust continental organisation in the era of globalisation. Gaddafi was the most enthusiastic proponent of a United States of Africa; other leaders were more cautious. The aims of the AU, officially founded in May 2001, include accelerating ‘the political and socio-economic integration of the continent’, promoting ‘peace, security and stability’ and promoting ‘democratic principles and institutions, popular participation and good governance’. The AU, too, has many critics, but one of its most important acts was recognising the importance of involving the African diaspora in its activities and deliberations. In subsequent years the African diaspora has been more fully incorporated as the ‘sixth region.’

Pan-Africanism continues to be celebrated and invoked by its numerous and disparate adherents, not least in the growing demand for African reparations. As the problems and challenges confronting Africa and its diaspora remain, so too does a sense of common purpose and aspiration. This is the basis for Pan-Africanism in the 21st century.

Hakim Adi is the author of Pan-Africanism: A History (Bloomsbury, 2018).