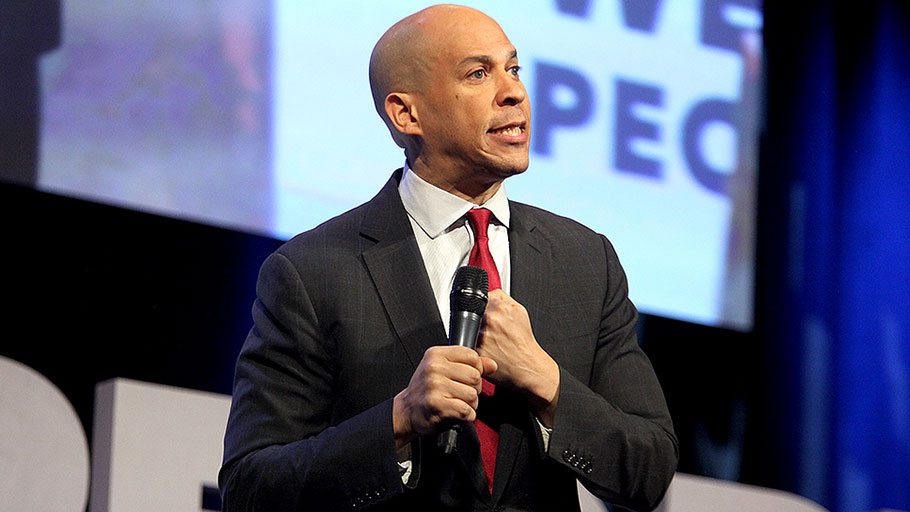 Booker to introduce bill to form study commission on reparations

You Are Here: Home » Blog » Reparations » Booker to introduce bill to form study commission on reparations

By Jordain Carney, The Hill —

Sen. Cory Booker (D-N.J.) said on Monday that he will introduce legislation creating a commission to study the issue of granting reparations to African-Americans.

“This bill is a way of addressing head-on the persistence of racism, white supremacy, and implicit racial bias in our country. It will bring together the best minds to study the issue and propose solutions that will finally begin to right the economic scales of past harms and make sure we are a country where all dignity and humanity is affirmed,” Booker said in a statement.

The bill would mirror legislation introduced in the House by Rep. Sheila Jackson Lee (D-Texas). Booker’s office said Monday that he would formally file text of the legislation “shortly,” but that the bill would form a commission tasked with studying the “impact of slavery and continuing discrimination against African-Americans” and making recommendations on reparation proposals for descendants of slaves.

“I am pleased that Senator Booker has introduced a Senate Companion to H.R. 40. I salute his dedication to elevating the discussion of reparations and reparatory justice, and look forward to the dialogue that this issue engenders on and off Capitol Hill,” Jackson Lee added in a statement on Monday.

Booker’s legislation comes as the issue of reparations for descendants of slaves has become a topic of debate among his fellow 2020 Democratic primary candidates, including Sens. Kamala Harris (D-Calif.) and Elizabeth Warren (D-Mass.).

Several 2020 candidates, including Harris, former Rep. Beto O’Rourke (R-Texas) and Sen. Bernie Sanders (I-Vt.), said while speaking at the National Action Network event last week that they would sign a bill forming a reparation study commission into law if they become president.

Jackson Lee’s bill has picked up support in Congress, including from Speaker Nancy Pelosi (D-Calif.). While it would form a commission to study the issue of reparations, it does not call for black Americans to receive payments.

Booker has also teamed up with Rep. James Clyburn (D-S.C.) to expand the “10-20-30” model to apply to a broader set of federal accounts.

The formula requires that federal programs to direct at least 10 percent of their funds to communities where at least 20 percent of the population has lived below the poverty line for at least the past 30 years.