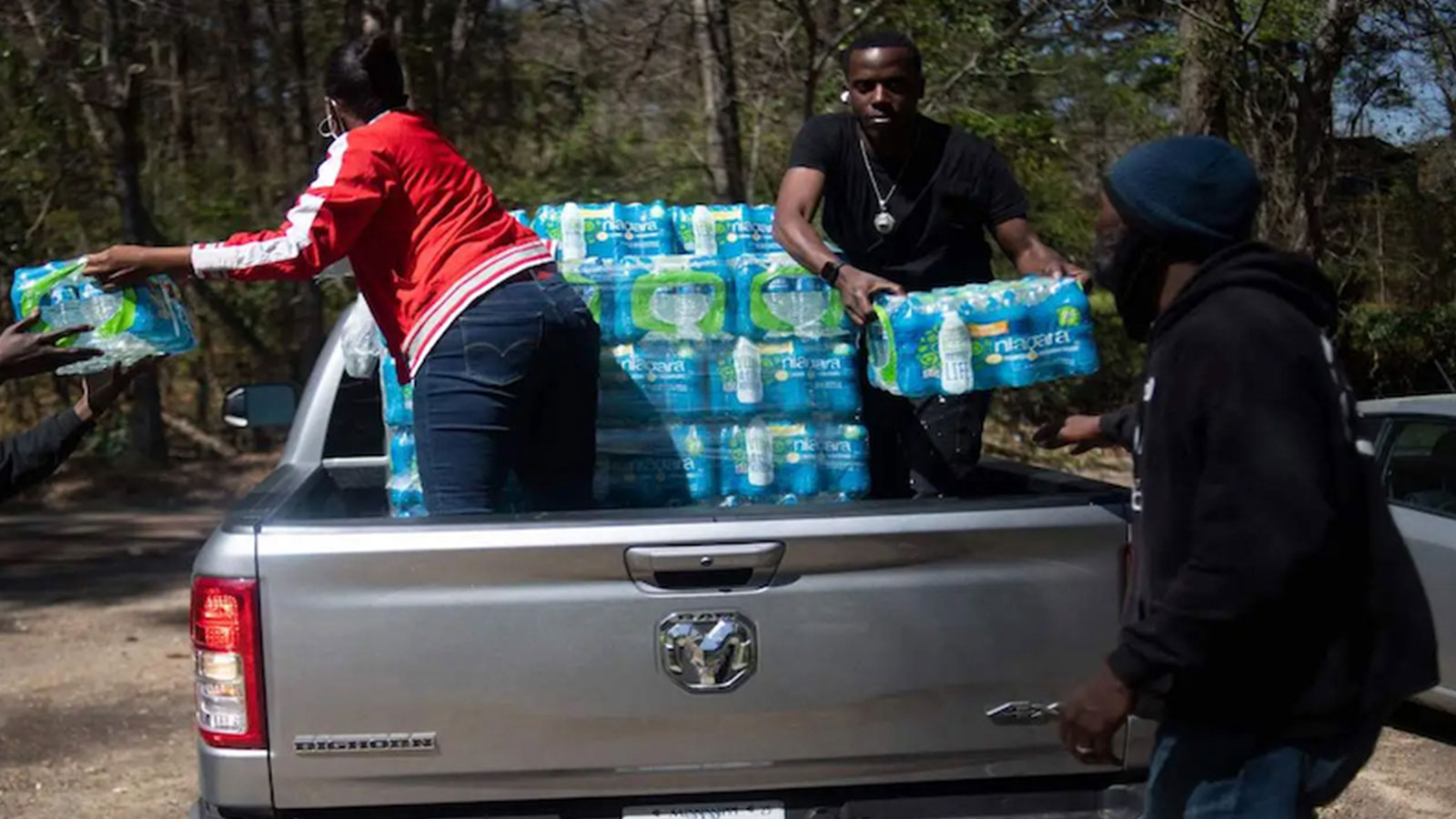 You Are Here: Home » Blog » Editors' Choice » Jackson’s water crisis was triggered by floods and compounded by racism

Mississippi Governor Tate Reeves has declared a state of emergency in Jackson, with 180,000 people in the area facing low or no water pressure, and water unsafe for drinking. “Do not drink the water,” Governor Reeves said in an emergency briefing. “Be smart, protect yourself, protect your family, preserve water, look out for your fellow man and look out for your neighbors.”

The city and state have already begun distributing bottled water to residents, but the crisis could also disrupt other essential services. “Until it is fixed, we do not have reliable running water at scale,” Reeves said in the briefing. “The city cannot produce enough water to fight fires, to flush toilets and to meet other critical needs.” This week, Jackson has temperatures over 90 degrees and city schools have switched to virtual classes because of the situation.

Heavy rains and flooding from the Pearl River have caused serious complications with one of two treatment plants that provides water for Jackson. With the plant not functioning as normal, raw reservoir water is being pushed into pipes that feed Jackson’s water supply, leading to the governor’s warning. According to a statement from Jackson Mayor Chokwe Lumumba, who also declared a state of emergency, the shortage is likely to last “the next couple of days.”

Flooding comes amid an increase in devastating climate change-driven floods in Kentucky, Missouri, and other communities across the country. The Pearl River floods are also impacting communities beyond Jackson, including the Mississippi Band of Choctaw Indians, which issued a boil water advisory on Monday.

The city of Jackson has been dealing with a substandard water system for years. In March 2020, the EPA found the system had the potential for bacteria like E. Coli in the water, issued an emergency order to address the system’s deficiencies, and has been working with the state and city since then to improve the system. After a storm froze pipes across the city in 2021, many residents lost access to clean water for weeks. Last October, lawyers representing hundreds of Jackson children sued the city over water system failures and mismanagement that led to “hundreds, if not thousands” of children to be poisoned by lead across the city. Since July, Jackson has been under a boil water advisory because tests revealed potentially contaminated water.

Local advocates say that the city’s water problems are rooted in a history of racism and neglect. The city suffers from old infrastructure that was designed to support a larger population. After the civil rights movement led to the integration of schools and other public facilities in the 1960s, white people fled the city by the thousands. According to the Jackson Free Press, nearly 20,000 white people left the city between 2000 and 2010. When white people left, the city lost both tax revenue and institutional support. Today, the city is roughly 80 percent Black. Similar circumstances have led to water crises in Flint, Detroit, and other cities.

That history has also contributed to tensions between the city and state governments. Lumumba, who is Black, has clashed with Reeves, who is white, and other state officials over funding and management of Jackson’s water system. In the wake of the 2021 freeze crisis, weeks passed before any coordinated effort between the state and city to fix the situation took place. Lieutenant Governor Delbert Hosemann has previously blamed water issues on Black leadership in Jackson. Lumumba, who has said the issue has always been state funding, was not invited to Reeves’ briefing on Monday.

“We will do everything in our power to restore water pressure and get water flowing back to the people of Jackson,” Reeves said.