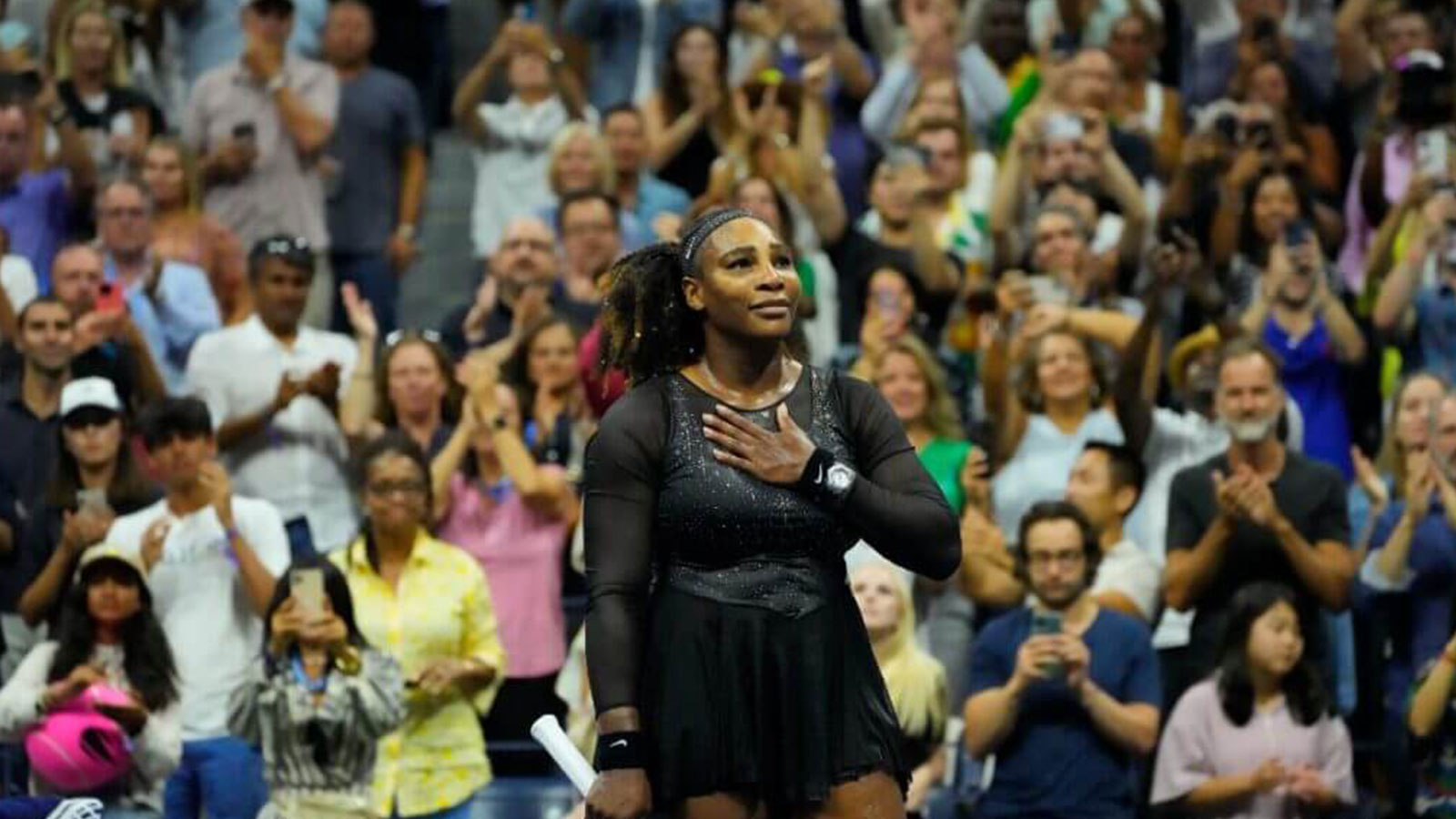 The moments from Serena Williams’ career that I’ll never forget

Williams, who lost possibly her last match on Friday night, made herself felt beyond the game as arguably no player ever has.

By Gerald Marzorati, The New Yorker —

It was Daniel Kahneman, with the American psychologist Barbara Fredrickson, who recognized that, in what and how we remember, there tends to be a cognitive bias at work. When we recollect and judge an experience—a medical procedure, a vacation, a love affair—we’re liable to overemphasize its final moments. Last impressions, good or bad, can deeply color, or discolor, our memories.

But is this true of how we remember great athletes? Maybe not. If Muhammad Ali mattered a lot to you, was that relationship altered in any way by his last fight, against . . . Trevor Berbick? To be a fan of any athlete is to know the ending and to begin processing it before it arrives. The narrative is fixed and unwavering. In the beginning, we are transfixed by an athlete’s promise; at the end, unless it is unusually abrupt, we endure her or his decline and warmly wave goodbye. Athletes diminish professionally at an earlier age than most of us, and even the greatest among them tend to falter and fail on big stages in the glare of fame before calling it quits. It’s doubtful that these final moments, long anticipated if nonetheless wistful when they arrive, figure much at all in how we recall the legends we become attached to and end up caring about in ways that can seem unreasonable—even, at times, to ourselves.

Serena Williams lost on Friday night, in a third-round match at the U.S. Open—the earliest she’d been knocked out of the tournament since 1998, when she was sixteen years old. She lost the last six games of the match. At times during those games, she looked every bit the player who will be turning forty-one in a few weeks. She watched balls heading to the corners without moving her feet. She breathed deeply through her mouth. Now and again, the expression on her face was of someone straining to keep an upwelling of emotions in check. The last ball she hit was a forehand into the net, and it was likely the last ball she will ever hit on the women’s tour—she announced, in August, that she was “evolving away from tennis,” and the understanding was that the U.S. Open was where she would mark the end. That forehand into the net, those moments when she seemed spent and flat-footed, those last games she didn’t win: none of that is likely to mark the end for those who cared about Serena Williams.

Her fans will remember the fight she showed in her last match, which went three sets and three hours. For certain stretches, such as the first games of the second set, Serena struck aces and open-stance backhands and swinging volleys as if time—and giving birth to a daughter, five years ago—had taken nothing from her game. Serena’s fans may also remember the poise and determination of her final opponent, Ajla Tomljanović, a twenty-nine-year-old, Croatia-born Australian player, who wore Serena down with hard, up-the-middle ground strokes designed to keep points going and going, and who never cracked, not after falling behind 0–4 in Set Two, and not when Serena kept fending off match points—five in all—before Tomljanović prevailed 7–5, 6–7 (4), 6–1.

It may well be that what Serena’s most fervid fans remember of her last hurrah is themselves, coming together in Arthur Ashe Stadium and before television sets to scream their last hurrahs and to express how much they cared one more time. Serena’s three matches broke attendance records and attracted ratings that just aren’t seen in the first week of a tennis tournament. As she was closing out her first-round win Monday night, I wandered out of Ashe, onto the south plaza, where hundreds, maybe more, were gathered to watch on the big screen outside of the stadium. They all might have been more comfortable, and had a better view, at home, in their living rooms; but here they were, standing, cheering, and, in some larger sense, paying their respects. Where in sports do you ever see something like that? That’s the last impression that will stick with me.

Kahneman and Fredrickson posited another heuristic at work in the shaping of memories: the power of what they termed “peak” moments. What we mostly recall of an experience or relationship, beyond its end, are its keenly witnessed or intensely felt highs and lows; a remembrance is the smoothed-out sum of sharp shards. This, for sure, is how it works with our recollections of sports stars. Every tennis fan who loved Serena has her own highlight reel, and it’s likely to be lengthy.

How many athletes have been so vividly with us for as long as Serena has? Her longevity is no small part of what made her remarkable. She has spent twenty-seven years on tour, but there are stories and mental snapshots of her to summon from even before that run got started. TV crews trekked to Compton to film her, along with her mom and dad and sisters. As Serena said on her friend Meghan Markle’s podcast the other day, “I’ve been doing this my entire existence. Even before I was born, it was what I was meant to do and what I was supposed to do and what was chosen for me.” The Times sent a reporter to an obscure tournament in Canada in October, 1995, to cover her first professional match—which she lost badly, to an eighteen-year-old American named Annie Miller. “I guess I played a celebrity,” Miller said afterward.

Serena was just a couple of weeks shy of turning eighteen, in 1999, when she won her first U.S. Open title, defeating Martina Hingis, who was No. 1 in the world at the time, in straight sets, having outlasted the defending champion, Lindsay Davenport, in the semis. Serena has played in the main singles draw at the U.S. Open a total of twenty-one times, and from those matches alone one could assemble highlights that would assure any player’s entry into the International Tennis Hall of Fame. She won the tournament six times—an Open-era record she shares with Chris Evert—including back-to-back three-set championship wins in 2012 and 2013, over Victoria Azarenka, which featured Serena at her bam-bam battling best.

But it wasn’t just the big wins that were memorable, as plentiful as they were. There was an aura about Serena in Flushing, especially when she played the evening sessions, as she usually did. She owned the nights. Her fashion-forward self-presentation, her physical expressiveness that could intimidate opponents and rouse the crowd—under the lights in Arthur Ashe Stadium, the court became her stage. Oddly, perhaps, it’s her losses in several finals that I recall most readily and vividly. I bet I’m not alone. As dominant a player as she was—the most dominant the sport has seen—her struggles were also numerous, and absorbing, and, sometimes, spectacular enough to become indelible.

There was the fiasco four years ago in the final against Naomi Osaka, of course. There was also, a year later, Serena’s final against Bianca Andreescu, in which she dropped the first set, and fell behind five games to one in the second. In the seventh game of that set, Serena crushed a return winner to break Andreescu’s serve; then she held her own serve; then she broke Andreescu’s serve again and held once more to even the set at 5–5. She would go on to lose the set, 5–7, and the match, and her last real shot at a twenty-fourth major—but not before driving those on hand to cheer for her to raucous delirium. If Ashe had ever been louder, I wasn’t there.

I wasn’t there in 2001, when Serena, playing her older sister Venus, anxious and unable to settle in—as she often was against Venus—made batches of unforced errors and lost her second U.S. Open final. But I remember it vividly. CBS had moved the women’s final from Saturday afternoon to Saturday evening, putting it in prime time. I tuned in along with nearly twenty-three million other Americans. That all-Williams final wasn’t simply a sporting event; the Williamses had become a cultural phenomenon. When it was over, Venus hugged her downcast sister at the net and said, in her ear, “I love you.” Try forgetting that.

Of the sisters, Serena was always more demonstrative, and soon her accomplishments were louder, too. They went beyond statistical accounting: with her serve, her return, and the unrestrained athleticism of her prime years, Serena changed the way the women’s game was played. She also changed who wanted to play—just ask Naomi Osaka and Coco Gauff, among many, many other young players—and she changed who came to watch, too. She even changed how a ball is decisively declared in or out in pro tennis: the camera system Hawk-Eye is on tournament courts today as a result of the time Serena, in a 2004 U.S. Open match against Jennifer Capriati, braved four awful third-set line calls that all went against her.

Serena imposed her will on tennis, and made herself felt beyond the game as arguably no player, male or female, ever has. In recent years, her savvy across media platforms, her business ventures, and her embrace of a working-mom identity have enhanced her allure, given her additional facets. A forceful and seemingly fearless Black woman, Serena has helped to change how powerful Black women are seen, heard, and understood in this country. No set of statistics can capture that, and perhaps no peak memories can, either. It was all Serena being Serena, and it won’t be forgotten anytime soon.

Featured image: Serena Williams acknowledges the crowd after losing to Ajla Tomljanović during the U.S. Open, on September 2nd, in New York.