Jamaican Judge: Compensate Us For Slavery

You Are Here: Home » Editors' Choice » Jamaican Judge: Compensate Us For Slavery 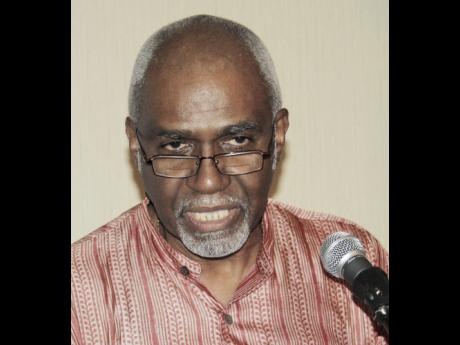 Article 14 of the United Nations General Assembly’s Basic Principles and Guidelines on the Right to a Remedy and Reparations provides “an adequate, effective and prompt remedy for gross violations of international human rights law”.

Against this background, Justice Patrick Robinson has added his voice to the growing number of Jamaicans who think the perpetrators of the transatlantic slave trade should be held culpable, and be made to pay for their actions.

Speaking during the University of the West Indies Homecoming recently, Robinson, who described the transatlantic slave trade as the “greatest atrocity and example of people’s inhumanity to another people in the history of humankind”, gave examples where other countries have compensated other wronged groups in the past. While stressing that he argued that it is time for reparation for slavery.

“There is nothing novel about the claim for reparation, which is nothing more than a form of compensation or redress by a state for a wrong,” he said, while stressing that he was not speaking in his capacity as a judge of the International Court of Justice (ICJ). “There must be a remedy for the grotesque wrong of transatlantic slavery.”

Robinson cited Germany in 1952, when the country paid Israel and the World Jewish Congress $65.2 billion for atrocities committed during the Holocaust, as an example of a nation that paid reparation to a harmed group.

“It is fitting that we should remember the Holocaust and, understandably, the Jewish people do not allow us to forget. But the barbaric, iniquitous and murderous transatlantic slavery is forgotten,” Robinson said.

Robinson, who was recently elected judge to the ICJ, said that no Jamaican should be embarrassed about reparations; arguing instead that they should support the claim if not for themselves, for their ancestors.

He said: “No Jamaican need be embarrassed about the claim. Every Jamaican should support the claim. And why should a country, in which more than 92 per cent of its population are descendants of those victims, not have an interest in making such a claim?

“We owe our enslaved ancestors our freedom and we owe it to them to make the claim for reparations.”

The transatlantic slave trade was abolished in Britain in 1807; however, slavery was still a legal act until 1833.

In 2013, the then British minister responsible for the Caribbean, Mark Simmonds, shot down calls for reparation for slavery. Instead, Simmonds argued that the British government will continue its fight against modern-day slavery and focus on Jamaican economic development and growth.