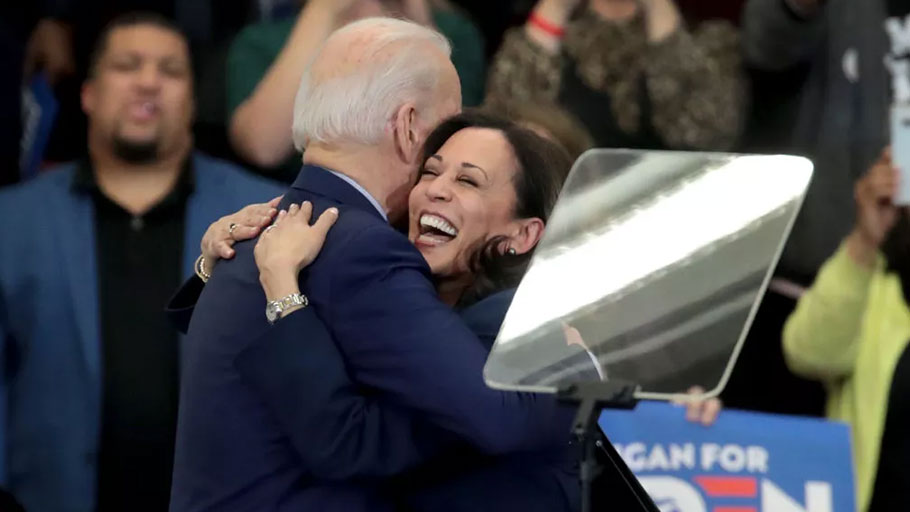 Joe Biden’s Running Mate Should Be a Woman of Color

You Are Here: Home » Blog » Editors' Choice » Joe Biden’s Running Mate Should Be a Woman of Color

Joe Biden’s Running Mate Should Be a Woman of Color Such as Kamala Harris, Stacey Abrams or Val Demings, Strategists Say.

Joe Biden would do well to pick a woman of color as his running mate if he becomes the Democratic Party nominee, strategists said.

The former vice president must avoid picking another white male, or a candidate who appeals to groups that already favor him, the strategists told Newsweek. One doubted there would ever again be an all-white male ticket.

A woman of color running for the vice presidency could excite progressives disappointed that their candidates lost out on the party nomination.

Calloway, an ex-senior adviser to former primary candidate Deval Patrick, added that a woman of color would “tantalize some of those elements of the party who may be feeling like their candidate did not win the nomination.”

Michael Gordon, a former Clinton administration staffer who is now principal of the communications firm Group Gordon, stressed the benefits of a woman of color running as Biden’s prospective vice president.

“Biden should and will pick a woman,” Gordon said. “There are many, many to choose from or who are really ready to be president if needed at a moment’s notice.”

Gordon added: “African American women in particular are the most influential part of our party, and so it would just amplify his already strong standing there.”

Kelly Dietrich, CEO of the National Democratic Training Committee (NDTC), also noted the diversity of the United States and the importance of the Democratic nominee “embracing that diversity” on their 2020 ticket.

House Majority Whip James Clyburn (D-S.C.) further urged Biden to pick a woman of color as his running mate should he win the nomination, telling NPR that the community needed to see a reward for their loyalty to the party.

The strategists have heard a number of potential names for Biden bouncing around Capitol Hill.

“I’ve heard Kamala Harris, I’ve heard Deval Patrick, I’ve heard Val Demings,” Calloway said. “And I think each of those are exciting in their own way. Each of them are uniquely qualified.”

But he also said that the conversation should not be limited to Sen. Harris (D-Calif.) and Stacey Abrams, the former Democratic candidate for Georgia governor.

Talk of the pair was “very intellectually lazy on the part of establishment Democrats,” Calloway said.

Congresswoman Demings, a Florida Democrat, said in a recent appearance on the Signal Boost podcast she was “honored” to hear her name touted as a potential running mate for Biden. “There are lots of amazing women of color that could rise to the occasion,” Demings said, The Palm Beach Post reported.

Abrams and Harris are hotly tipped as candidates for the vice presidency after Biden surged to the front of the pack again thanks to strong primary performances over the last two weeks.

One internal poll conducted by She the People and reported by NBC News found the pair were leading VP candidates among their national network of progressive women of color. Clyburn, an influential endorser of Biden, also nodded to Harris and Abrams in his NPR interview.

Gordon told Newsweek he believed Harris would make “a very credible case to be president” and argued she demonstrates “great leadership.” But he noted that her early exit from the Democratic primary would be a question mark for some concerned about the senator’s appeal to voters.

He also said: “She is more squarely in the progressive lane and can help energize those voters.”

NDTC founder Dietrich called Harris a “wise choice” for the nomination and suggested picking her would send “signals to voters across the country that he [Biden] would be serious about representing every American, and bringing the best people to Washington D.C.”

Calloway also said he believed that Harris was a “top five name in the party” who could appeal to both progressives and women of color, adding: “She was beaten up early in the proceedings with some of her criminal justice stances, but she was able to explain a lot of that.

“If you consider the reality that Joe Biden is the architect of the ’94 crime bill, he’s ultimately gotten a pass for a lot of the things that we as progressives held Kamala to task for, and now he’s the nominee.”

Harris’s record as a prosecutor was a frequent sticking point of her own primary campaign and could cause difficulties for Biden should he win the nomination and pick her as his running mate.

“Every candidate who’s been in public service for a long time will come with their strengths and weaknesses,” Gordon said. “You know, no matter who he picks, there’s going to be a level of enthusiasm and a level of criticism. You have to go with the big picture: Who’s going to help you most?”

This article was originally published By Newsweek.