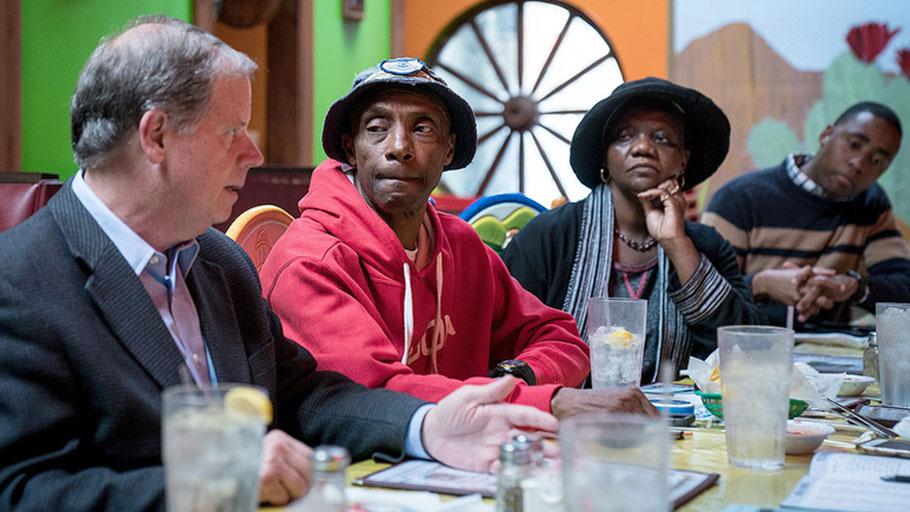 Democratic party officials set up a huge table outside a voting precinct in Helena in Shelby County just south of Birmingham. They didn’t try to hide who they were making their vote pitch to at the table. They implored Black voters to think first, second, and last about Democratic Senatorial candidate Doug Jones. Now Shelby county in times past has been a rock-solid GOP county. But the voter demographics in the county are slowly changing with more Blacks and young persons resident there. The Jones camp zeroed in on them for one reason, and on reason only. He didn’t have a prayer of unseating his opponent Judge Roy Moore without a stampede to the polls by Black voters in bigger numbers than usual to beat back Moore.

But then again this shouldn’t have been political rocket science stuff. There have been dire warnings all along to the Democrats, put simply, ignore the Black vote and you lose. And by ignore that means assuming that because Black voters are mostly Democrats, and that the GOP is the party that panders to the basest of racists, Moore being the latest in the long train, that Black voters will bum rush the polls on Election Day to deliver victories to Democrats. It doesn’t work that way. That was heartbreakingly evident in the 2016 presidential race.

Trump slithered into the Oval Office with less than 100,000 disgruntled white blue-collar votes in Pennsylvania, Michigan, and Wisconsin. With a concentrated, full court, boots on the ground effort, armed with pledges to fight hard for massive expansion in education, jobs, health care services, and criminal justice reform, the Clinton camp could have easily offset Trump’s blue-collar edge with a big turnout among Black voters in urban communities in those states.

Black activists, civil rights leaders, and elected officials screamed at the Democrats to do just that. Spend, spend, spend, resource, resource, resource, Black communities was their message. But the archaic thinking that Blacks have nowhere to go, will vote Democrat anyway, and therefore no special effort need be made to bag their vote need be made. This was a horrendously fatal miscalculation. Many did have somewhere to go and that somewhere wasn’t to the polls.

Unfortunately, the problem was compounded when many Democrats drew the wrong lesson from Trump’s win. The talk was now all over the place that Democrats had to begin pitching hard to those disgruntled white blue-collar workers without college degrees. Without them so the thinking went Democrats could not beat Trump and the GOP in future elections.

That’s simply more prescription for political disaster. The one Democrat who did crunch the numbers and sentiment, and understood no Black vote en masse, no win was Obama. If black voters had not turned the 2008 Democratic presidential primaries into a virtual holy crusade for Obama, and if Obama had not stoked the black vote, he could easily have been just another failed Democratic presidential candidate. Through its voter education, awareness and mobilization campaigns, the NAACP played a huge role in galvanizing and boosting the numbers of black voters, nearly all votes for Obama. It was part race, part pride, and all sense of history in the making, as well as being a part of Obama’s epic win.

The mass rush by blacks to the polls was the single biggest reason that Obama carried the traditional must-win states of Pennsylvania, Ohio, Florida, and broke the GOP presidential grip on North Carolina and Virginia. Obama and the Democrats needed every one of those Black votes for another reason his immense popularity among Blacks, Hispanics and youth voters didn’t cross over in the South and the Heartland among whites.

The final presidential tally in 2008 and 2012 gave ample warning of the potency of the GOP’s conservative white constituency. In South Carolina and other Deep South states the vote was even more lopsided among white voters against Obama. The only thing that even made Obama’s showing respectable in those states was the record turnout and percentage of Black votes that he got.

That was plainly evident in Alabama as well. By making his big pitch to Black voters, Jones was seen by many whites as the de facto African-American surrogate candidate. This was too much to swallow for Moore’s dogged white Christian, traditionalist, and closet racist base. If the stench hadn’t been so overwhelming around Moore’s candidacy, there’s little doubt that he, not Jones, would have been winging his way to Washington in January. He would have won in a landslide with white votes as every GOP candidate for statewide office in Alabama has done for the past two decades.

This didn’t happen this time because Jones did the smart, and political savvy thing and that’s appeal loud and long to Black voters. They were his ace card. This can be the case for Democrats in 2018 and 2020 again if they have sense enough to realize it.

Earl Ofari Hutchinson is an author and political analyst. His latest book is, The Trump Challenge to Black America (Middle Passage Press). He is a weekly co-host of the Al Sharpton Show on Radio One. He is the host of the weekly Hutchinson Report on KPFK 90.7 FM Los Angeles and the Pacifica Network.

Roy Moore vs. Doug Jones Has Nothing to Do With Little Girls; It’s About White Supremacy

Roy Moore vs. Doug Jones Has Nothing to Do With Little Girls; It’s About White Supremacy
We Need Your Support — Donate, Share, Sign-Up Ways to Support