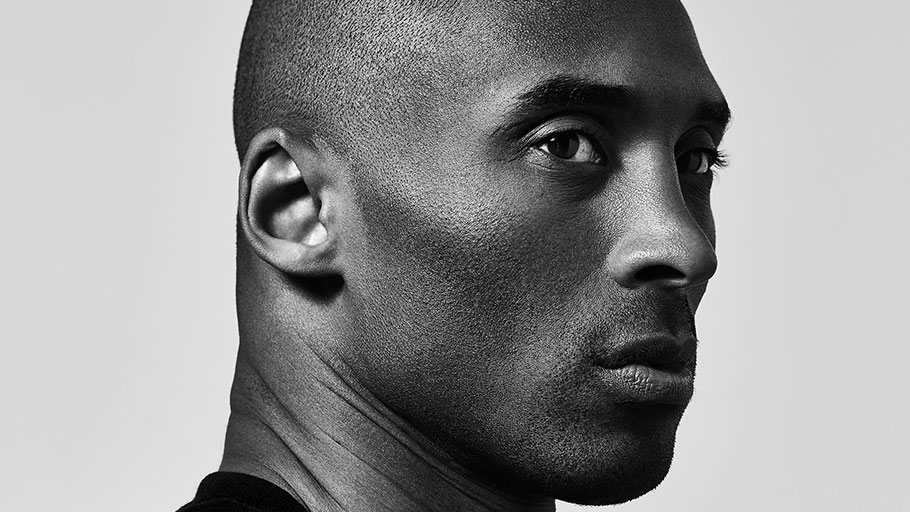 Remembering Kobe Bryant’s Legacy on Basketball and the World

You Are Here: Home » Blog » Editors' Choice » Remembering Kobe Bryant’s Legacy on Basketball and the World

Kobe had a singular impact on his game and the world.

Kobe Bryant was the fair heir to Michael Jordan, a scoring assassin who could rip a defender’s heart out by way of a devastating dunk, or an elusive fadeaway jump shot from the baseline, his singular work of art. He won five NBA championships, made 18 All-Star teams, won an MVP award, two scoring titles, two Olympic gold medals and just last night was passed by LeBron James on the NBA’s all-time scoring list: Kobe Bryant finished with 33,643 points, good for fourth.

Bryant craved competition and broke down basketball like a scholar; his brain was as elevated as his body. Bryant skipped college to take over the NBA, but after one conversation with him, you just sensed he would have thrived in the classroom, the boardroom or any path he chose. 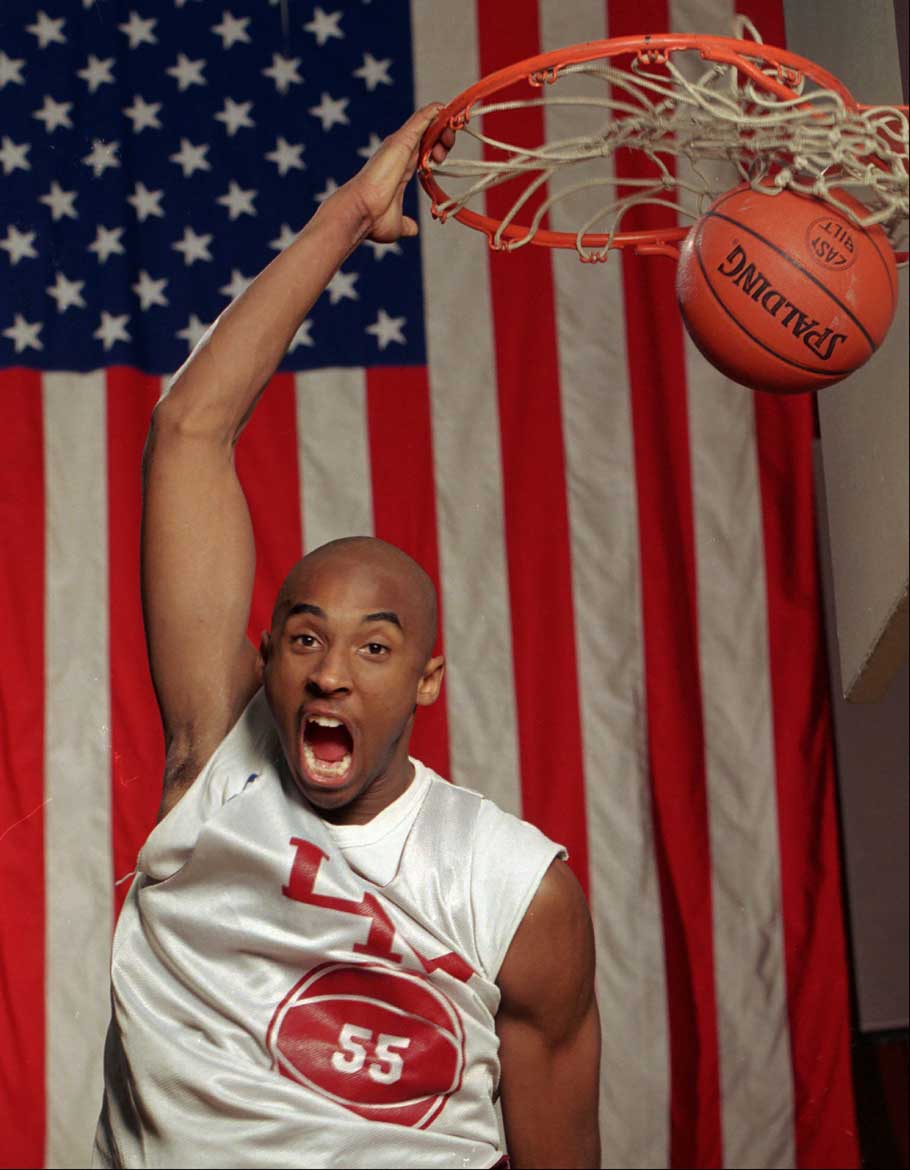 Kobe Bryant dunks the ball at his Lower Merion, Pa. high school gym during a practice on Jan. 19, 1996. Rusty Kennedy—AP.

Kobe Bryant was complicated. Never cuddly, he could be ruthless to his underperforming teammates. Critics called him selfish, and knocked him for not passing the ball. He embraced his villainy, real or supposed, creating a pop philosophy he called “The Mamba Mentality.” It was an approach to life that required extreme focus, discipline, and enthusiasm for taking on all comers.

“I always aimed to kill the opposition,” he once wrote. The Mamba grew into an iconic persona all its own. 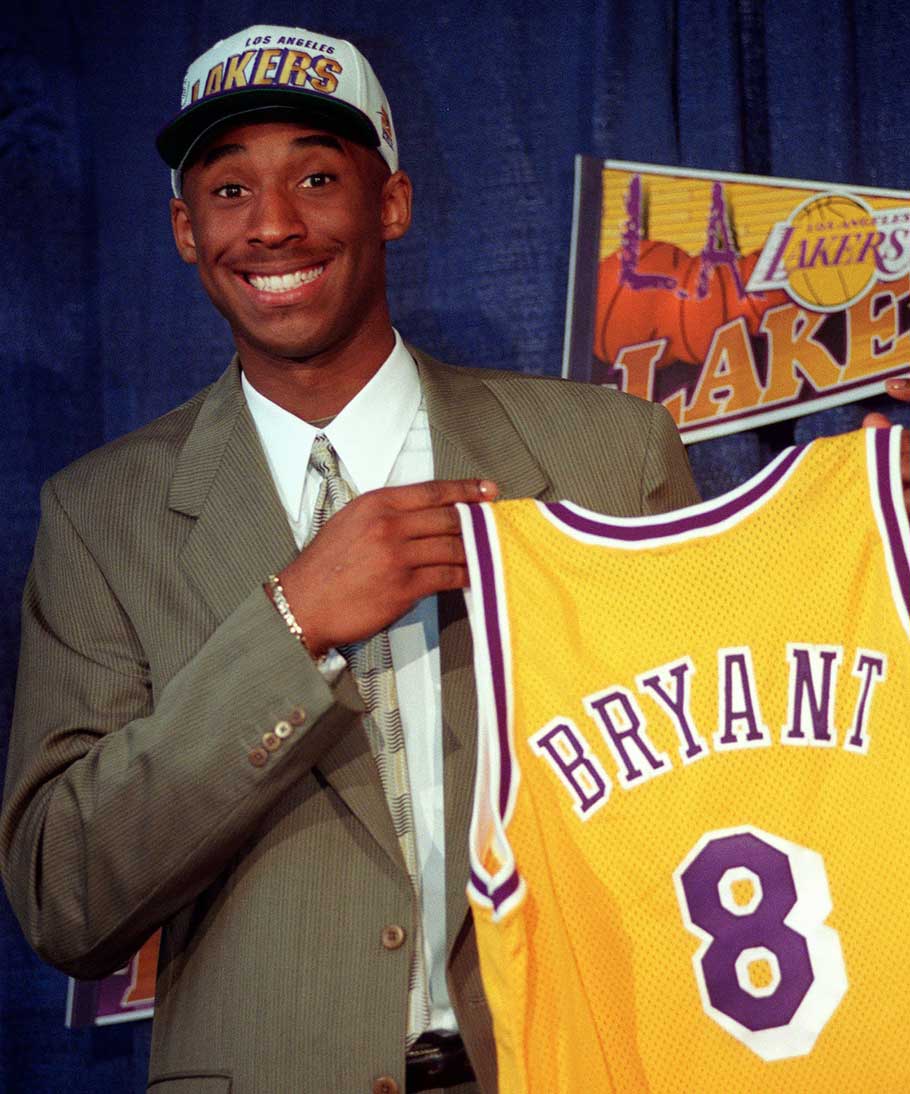 In one of the most stunning and tragic losses in the history of sports and global celebrity, Kobe Bryant died in a helicopter crash near Los Angeles on Sunday, along with eight others, including his daughter Gianna, 13. Bryant was 41 years old. Though he wasn’t cut down in the prime of his basketball career, Bryant had so much more to give. For example, he won an Oscar in 2018 for Best Animated Short Film, Dear Basketball. Deciphering Bryant’s post-NBA plans became a parlor game among Kobe-watchers. Would he coach? Own a team? Go Hollywood mogul? He could have done it all, and maybe would have. He leaves behind his wife, Vanessa, and three surviving children. 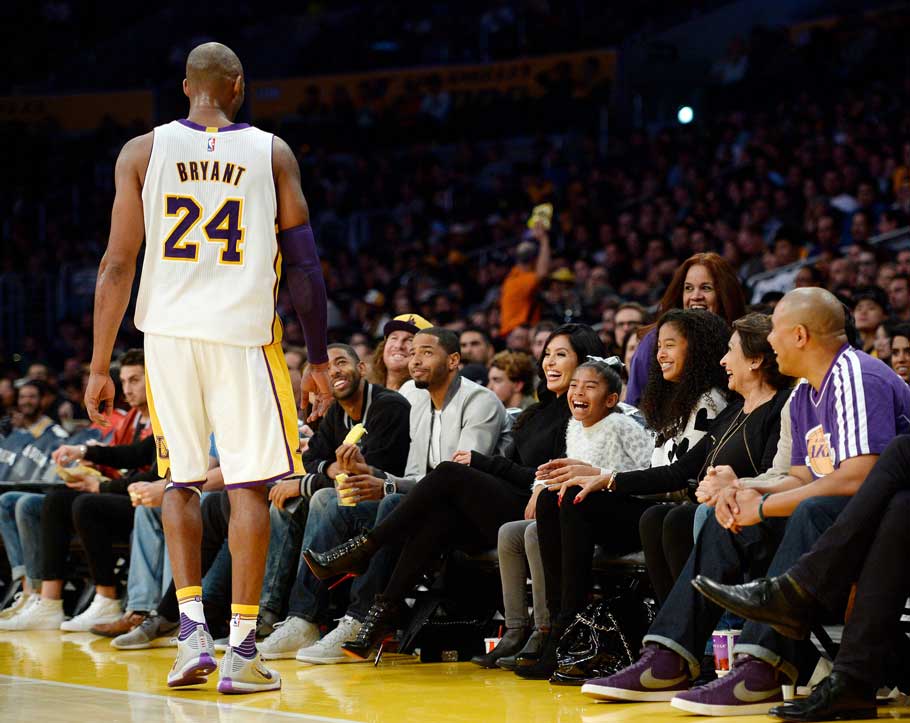 Kobe Bryant of the Los Angeles Lakers speaks with his daughters Gianna, 8, Natalia, 12, and wife Vanessa during the basketball game against the Indiana Pacersin Los Angeles, on Nov. 29, 2015 Kevork Djanzesian—Getty Images.

Bryant was the son of Joe “Jelly Bean” Bryant, a former NBA player, and Pam Bryant. Part of Kobe’s childhood was spent in Italy, where his father also played professionally. The family eventually settled outside Philadelphia, where Bryant became a high school phenom. In 1996, in a move that changed basketball forever, Bryant decided to skip college for the NBA. The year before, Kevin Garnett had become the first player to make the direct jump in 20 years, but he was nearly 7-feet tall. Never had a guard skipped college. But Bryant was that confident in his ability. He taught a generation of players to grab their opportunity, to “get theirs.” In the ensuing years, LeBron James and others decided to forgo college ball because they saw Bryant succeed. 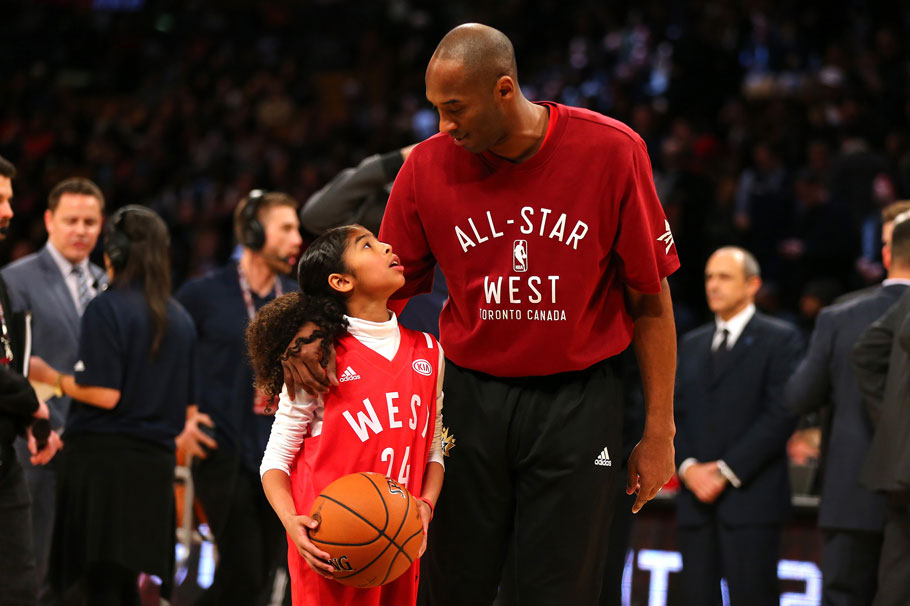 In a draft day deal, he was lucky enough to be acquired by a winning franchise, the Los Angeles Lakers, and an executive, Jerry West, who foresaw his talent and paired him with Shaquille O’Neal. At the 1998 NBA All-Star game in New York City, he and Michael Jordan memorably went at each other, in what was a clear generational shift. The Lakers of Shaq and Kobe — or was it Kobe and Shaq? The pair won three straight NBA titles, from 2000-2002, after Jordan had retired from the Bulls. Bryant and O’Neal had a predictable falling out: no LA sprawl could two contain two alpha-egos.

There’s no words to express the pain Im going through with this tragedy of loosing my neice Gigi & my brother @kobebryant I love u and u will be missed. My condolences goes out to the Bryant family and the families of the other passengers on board. IM SICK RIGHT NOW pic.twitter.com/pigHywq3c1

In 2003, Bryant was arrested and charged with sexual assault; the criminal case was dropped after his accuser refused to testify in court. A civil case was settled. The whole affair threatened his family and career. But Bryant continued to thrill his fans, and enrage his haters, for another decade-plus. 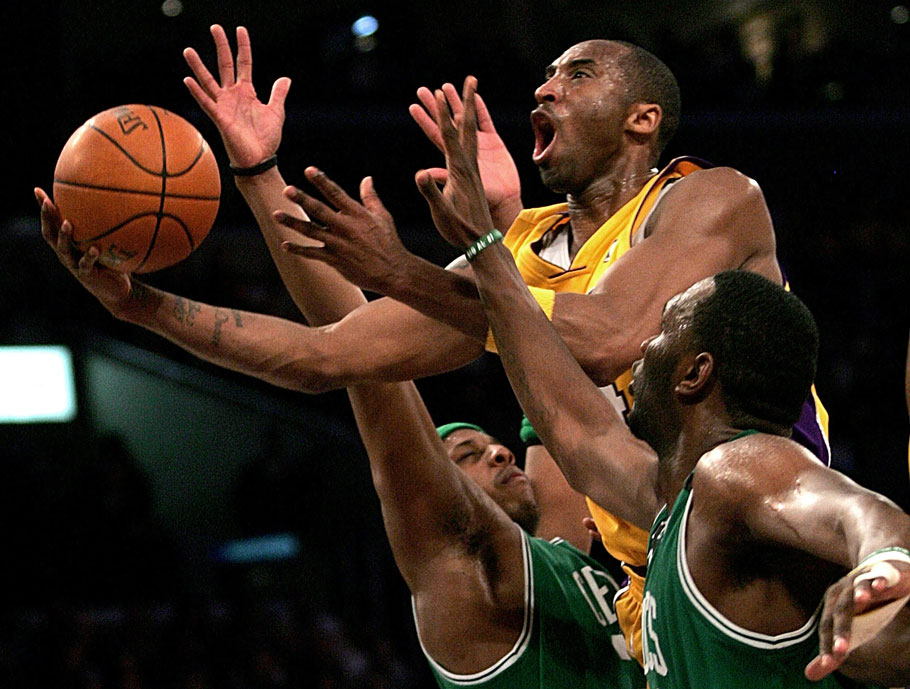 Kobe Bryant goes up for a shot between the Boston Celtics’ Paul Pierce and Al Jefferson during an NBA basketball game in Los Angeles on Feb. 23, 2006. Branimir Kvartuc—AP.

The Lakers had some down years in the mid-aughts. Bryant played alongside teammates like Smush Parker, who he later called “the worst” and who, according to Bryant, “shouldn’t have been in the NBA.” Unfiltered opinion was never one of Bryant’s weaknesses. In 2006, he scored 81 points in a game against the Toronto Raptors. In 2018, Bryant was told Parker was the second leading Laker scorer in that game.

Another Lakers renaissance followed: Los Angeles won back-to-back titles in 2009 and 2010, and Bryant was MVP of both finals’ series. Bryant willed these teams to the championship: they were the ones without Shaq, the ones he could call his own. The titles secured Bryant’s place among the game’s legends; he belongs in the conversation with Jordan, LeBron and anyone else. 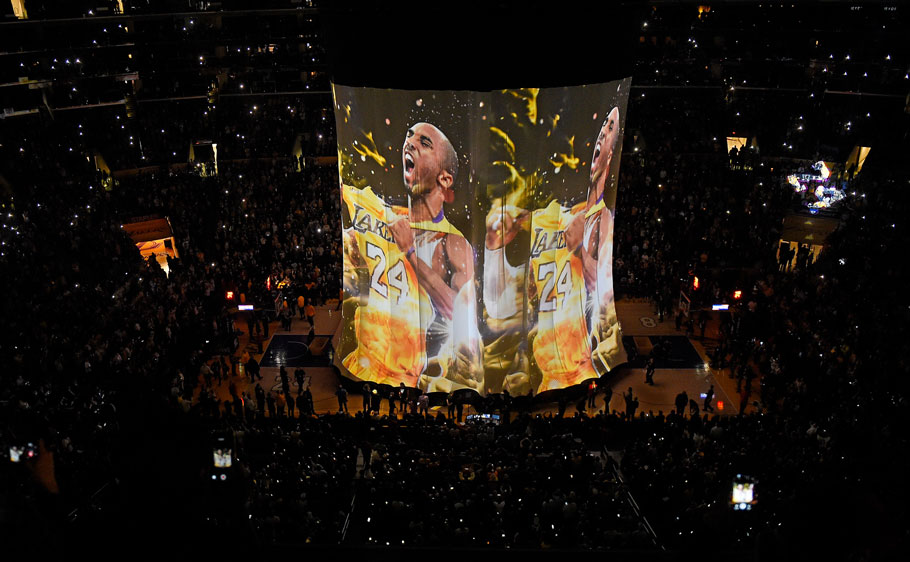 He continued to produce, but injuries plagued the last few years of his career. In November of 2015, he announced his retirement through a letter, “Dear Basketball,” published on The Players Tribune website. “I fell in love with you,” Bryant said about the game. “A love so deep I gave you my all —/From my mind & body/To my spirit & soul.”

The 2015-2016 goodbye season served as a coronation to his basketball greatness. He scored 60 points, on 50 shots, at the Staples Center in the final game of his career. Bryant went full Mamba and the hoops finale was all too fitting. 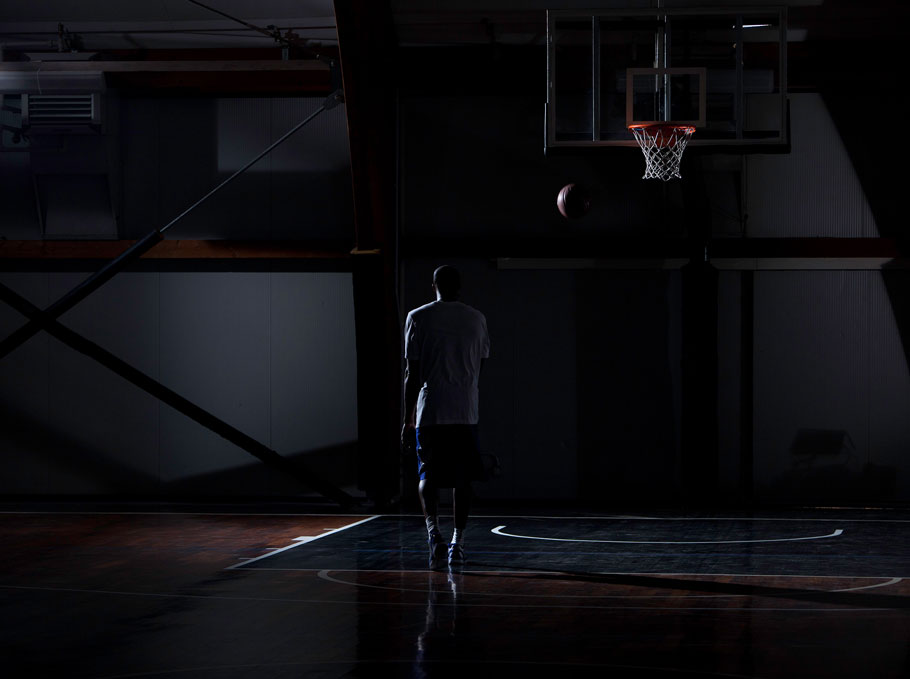 Once they hang up their uniforms, however, sports icons are supposed to age with the rest of us. They show up at ceremonies, hair a little more salty on each occasion, but the applause still raucous than ever. In his final tweet, Bryant gave a shoutout to James, who viewed Kobe as an inspiration, for passing him on the all-time scoring list. It posted at 10:39 p.m. ET Saturday night. “Continuing to move the game forward @KingJames,” Bryant wrote. “Much respect my brother.” He added a flex emoji. And #33644.

Continuing to move the game forward @KingJames. Much respect my brother ?? #33644

This article was originally published by TIMES.