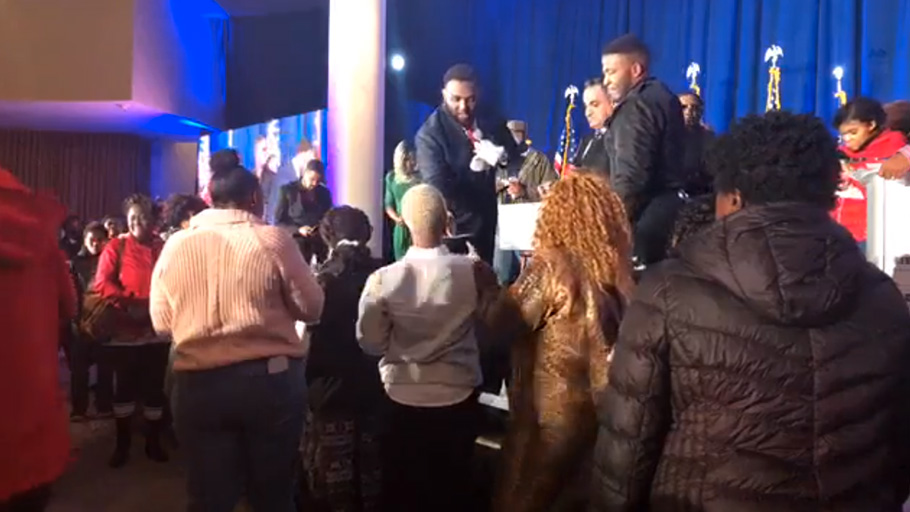 Nonprofit founded by Donald Trump allies raffles $25,000 in cash to attendees at event — See video below

Maybe money can’t buy love, but allies of President Donald Trump may think it can buy votes from Black Americans.

Allies of the president are organizing events in Black communities, using their time there to praise Trump and hand out tens of thousands of dollars to those who show up, Politico is reporting. 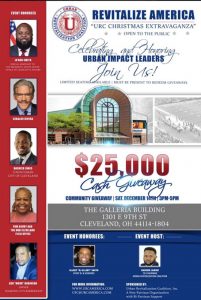 The first such event took place last month in Cleveland, where raffle winners were bestowed cash gifts of several hundred dollars each. More such events are in the pipeline and one that was scheduled for Virginia this month has been postponed, according to the news organization.

Political experts have predicted that this year’s White House race will draw a record turnout and that Black voters — Black women in particular — will be key. Experts have said that smart candidates will wisely court Black voters along the road to Election Day in November. The Trump campaign has been placing time and money into influencing Black voters. Late last year, Trump spoke at an HBCU to tout his record with exonerating Black inmates.

The events featuring the cash giveaways are organized by a charity known as the Urban Revitalization Coalition, Politico reports. This set-up allows donors to remain anonymous and make contributions that are tax-deductible, according to the news organization.

The arrangement, however, raises questions about the coalition and its tax-exempt status because it does not appear as if the group is measuring charitable need of the cash recipients.

“Charities are required to spend their money on charitable and educational activities,” Marcus Owens, former director of the Exempt Organizations Division at the internal Revenue Service, told Politico. “It’s not immediately clear to me how simply giving money away to people at an event is a charitable act,” Owens said.

For its part, the coalition says it requires anyone who receives a gift from the group of over $600 to fill out a W-9 IRS form. 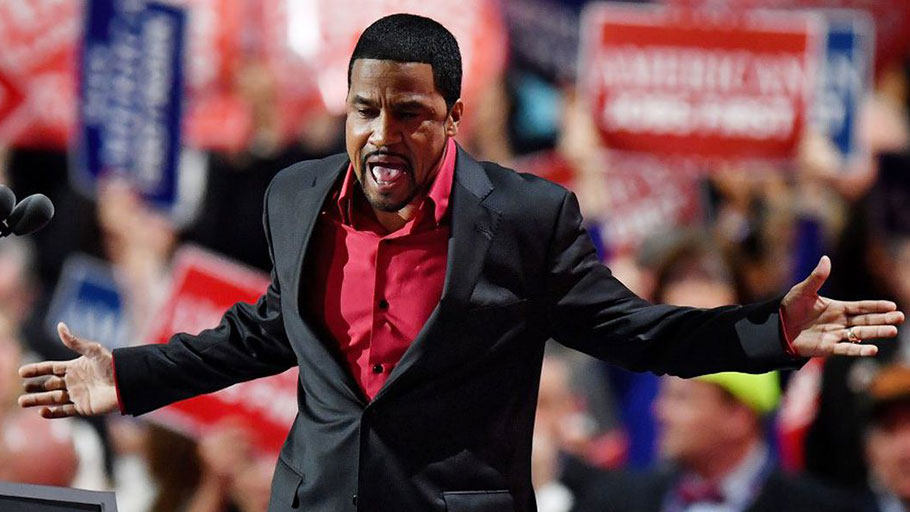 Darrell Scott, CEO of the Urban Revitalization Coalition and a pastor in Cleveland, would not, however, respond to questions by Politico about whether the giveaways met the legal standard for a charitable act. Scott also declined to name the organization’s donors.

“I’d rather not,” he told Politico by telephone. “They prefer to remain anonymous.”

Scott has been one of President Trump’s key Black supporters, having aligned with him before his campaign for the White House. The Urban Revitalization Coalition was registered in Delaware in 2017 and promoted the administration’s Opportunity Zone tax break program, Politico reports.

This article was originally published by The Grio.