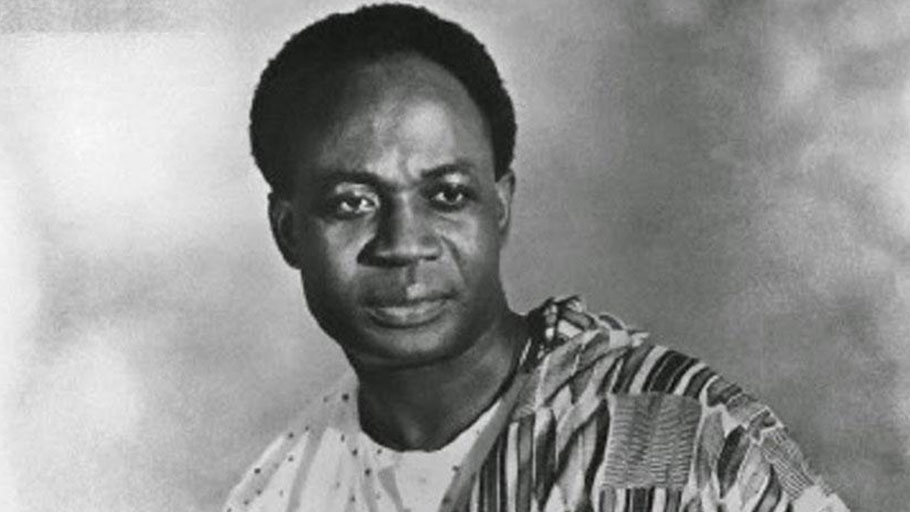 Kwame Nkrumah (21 September 1909 – 27 April 1972) was the first prime minister and president of Ghana, having led it to independence from Britain in 1957. An influential advocate of Pan-Africanism, Nkrumah was a founding member of the Organization of African Unity and winner of the Lenin Peace Prize in 1962.

After twelve years abroad pursuing higher education, developing his political philosophy, and organizing with other diasporic pan-Africanists, Nkrumah returned to Gold Coast to begin his political career as an advocate of national independence. He formed the Convention People’s Party, which achieved rapid success through its unprecedented appeal to the common voter. He became prime minister in 1952 and retained this position when Britain declared Ghana independent in 1957. In 1960, Ghanaians approved a new constitution and elected Nkrumah president.

His administration was both socialist and nationalist. Thus it funded national industrial and energy projects, developed a strong national education system, and promoted a national (and pan-African) culture. Under Nkrumah, Ghana played a leading role in African international relations during the decolonization period.

He was deposed in 1966 by the National Liberation Council which, under the supervision of international financial institutions, privatised many of the country’s state corporations. Nkrumah lived the rest of his life in Guinea, of which he was named honorary co-president.