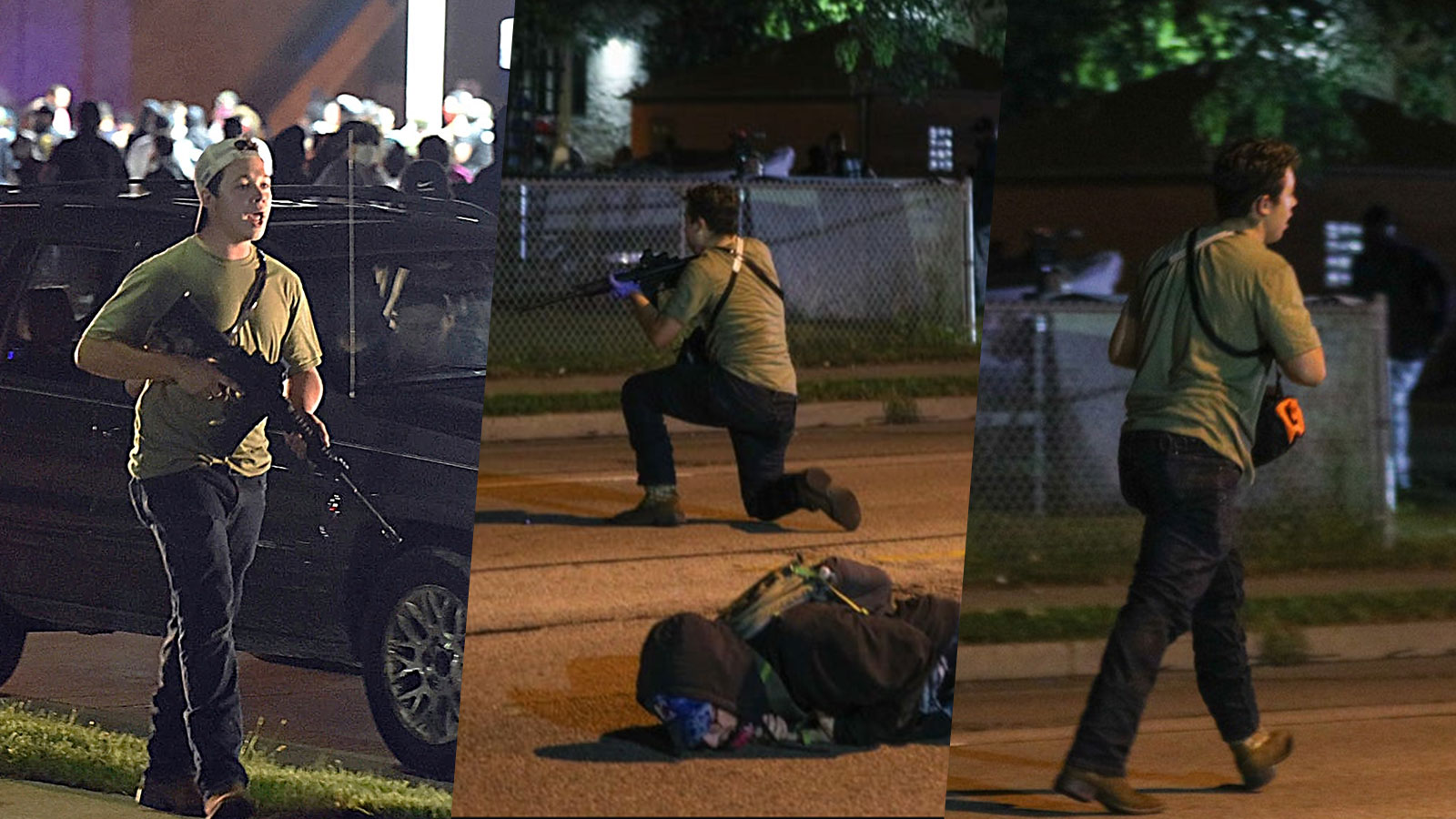 It’s not just the acquittal but the embrace of Rittenhouse as a hero.

Although Kyle Rittenhouse stood trial for shooting three white men, millions of Americans saw a bigger issue at play. Rittenhouse had traveled to Kenosha, Wis., and taken up arms because he, a white teen, was riled up by protesters demanding justice after the police shooting of yet another Black man, Jacob Blake. In this sense, the acquittal was another in a long line of legal wins for an undying force in this country: White animus against Black grievance.

In the annals of American history, white animus against Black grievance is always justified, it seems, whether the targets of the animus are Black or not. Ultimately, the animus has the power to override everything — the law, the Constitution, a sense of decency, appeals to the notion of One America. Now that a jury has found Rittenhouse not guilty on all counts, the justice system has only reinforced the validity of that animus, giving it alarming new currency, and legitimacy.

The most disturbing responses to Rittenhouse’s acquittal, after all, came not from dedicated white instigators like the Proud Boys, but from elected officials like Reps. Matt Gaetz and Marjorie Taylor Greene (R-Ga.), who were positively effusive. Gaetz, the Republican congressman from Florida, suggested he might reward Rittenhouse’s fortitude with a congressional internship. In this moment we must recognize — those of us who haven’t recognized it yet — that Gaetz and company are fueling the white animus, too. There is no way around this truth; at this point these elected officials don’t even seem to want a way around it. They are proud of it. Those politicians who are not proud of it but who say nothing or who say too little are part of the instigation, too. No way around that either. Our politics, too — or primarily — is bolstering the animus.

Plenty of people have pointed out the parallels between the Rittenhouse trial and the ongoing trial of the men who murdered Ahmaud Arbery in Georgia — white vigilantes with guns who take it upon themselves to defend white space or racial ideology. But I see clearer and more painful parallels to the trial of the four police officers charged with assaulting Black motorist Rodney King in Los Angeles 30 years ago, a trial that also ended with acquittals on the most serious charges.

That was a different time. Despite the rise of law and order that came to define the 1990s, during the trial the punditry class and other people in high places seemed to be taking racial justice and the inequities of criminal justice seriously. Or at least they seemed to regard them as a key part of the legacy of the Civil Rights movement, which at that point was still very much alive, if greatly diminished. It was understood that the racial crisis that had long plagued America was at an inflection point (alas, we’ve had too many inflection points since).

Nonetheless, then, as now, the white defendants generated enormous sympathy. The four officers who beat King were seen first and foremost just as people doing their jobs. But in a deeper sense they were seen as white people doing their jobs, which is to contain Black behavior — behavior that is, unless proven otherwise, criminal, apparently. In the historic protest and anger that followed the not-guilty verdicts, this view was validated even more as TV audiences saw Black anger unleashed in the streets over many days, and so many Americans saw that anger itself—not the inhumane views of Black people that had led to the near-fatal beating of King — as the main problem to be quelled. King himself, like the men Rittenhouse shot, was never really an object of public sympathy or fascination.

The exonerated officers were not openly celebrated as heroes or defenders of the faith, as Rittenhouse is being celebrated; for the most part, defenders in 1992 at least had the political sense to be subtle about their satisfaction or to keep quiet. That is no longer the case. Any white person taking up arms against Blackness these days is instantly condoned in certain corners as brave. That’s true whether it’s actual arms aimed at a Black person, as in Arbery’s case, or rhetorical arms aimed at supporters of Black people and against such modest measures of racial redress as critical race theory. Raising a gun, pointing the finger: For too many Americans, it has become one and the same — a form of denying and denigrating Black people in this country that isn’t right, but is tradition. The most tragic thing is it’s perfectly legal, perfectly American.

Erin Aubry Kaplan is a journalist in Los Angeles and a contributing opinion writer for the New York Times.