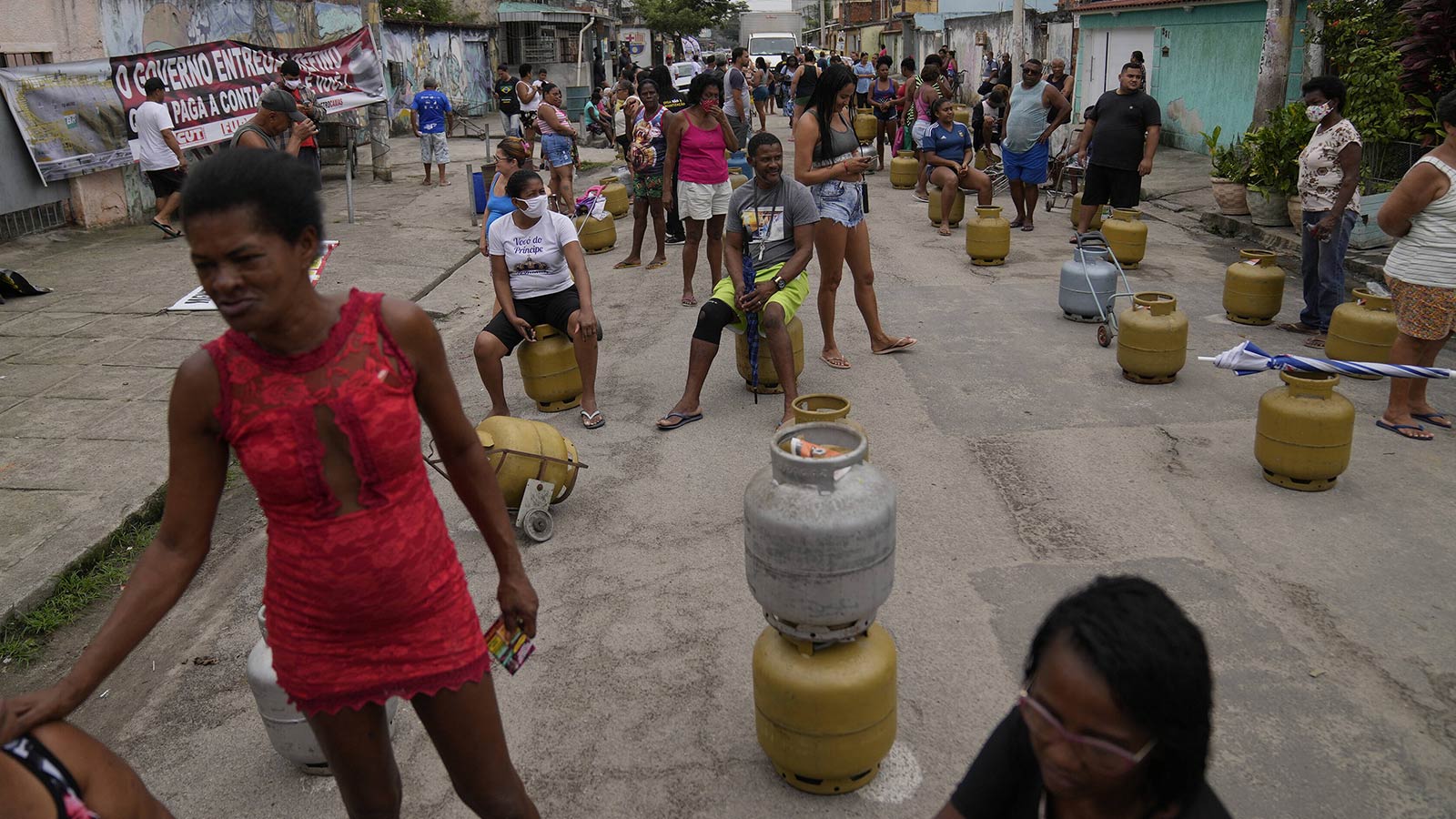 The developing world is growing more heavily indebted, worsening fears that the post-pandemic world will see global inequality get worse.

Across the globe, the pandemic has carried a jaw-dropping bill — trillions of dollars in spending and borrowing to build field hospitals, buy vaccines and provide emergency aid to battered businesses and the unemployed. Factor in lost tax revenue as economies ground to a halt, and global debt scaled heights never seen before.

As the world economy bounces back, though, debt is emerging as yet another example of how the gap between richer and poorer nations is growing. After reaching a record high in the second quarter of 2021, global debt — government, corporate and household combined — nudged down to $296 trillion in Q3, according to a new report this week from the Institute of International Finance (IIF). But that improvement came almost wholly in advanced economies, which face less complicated economic recoveries than much of the developing world.

In contrast, emerging market debt hit a fresh all-time high of $92.5 trillion, up $5.7 trillion during the first nine months of the year. Strip that down to just government debt, and emerging markets witnessed an 18.5 percent surge in stockpiles compared with the same period last year, while advanced economies witnessed a far slighter 3.6 percent bump.

In short, developing nations are maxing out their credit cards to make ends meet. The divergence in indebtedness happens as an unbalanced global economic recovery exacerbates fears that the post-pandemic world will be even more unequal.

Today, we published our latest Global Debt Monitor, which saw the sharpest rise debt in emerging markets, with total debt nearly $92 trillion in Q2 — up from over $87 trillion in 2020.

Debt is only part of the problem. Inflation — a growing ill in the United States and Europe — is much worse in emerging markets, with Argentina, Brazil and Turkey in particularly dire straits. In Brazil, food inflation — which hits the poor the hardest — surged by 40 percent during the pandemic, half of that over the past 12 months. Turkey appears on the verge of a currency crisis and runaway inflation driven in part by its own president’s bucking of market orthodoxy on interest rates. Argentina, a perennial financial basket case, is fueling double–digit inflation by doing what it does best: printing money.

In October, the International Monetary Fund (IMF) sounded a broader warning. Advanced economies including Europe and United States are on track to regain their pre-pandemic economic trajectories next year, even exceeding them by 2024. Meanwhile, economic output in low-income nations and emerging markets excluding China — an outlier due to its sheer size and global reach — is expected to remain 5.5 percent below pre-pandemic forecasts even by 2024, resulting in what the IMF called “a larger setback to improvements in their living standards.”

The divergence stems in part from massively unequal vaccine access that is set to prolong the pandemic in Africa, Asia and Latin America. But emerging and low income economies are also facing tighter financing conditions, with some beginning to withdraw fiscal support for their economies and citizens even as the United States looks to society-transforming spending on infrastructure and Building Back Better. Some of the countries confronting the worst fiscal crunches — Tunisia, Costa Rica — are facing the prospect of economy-crimping austerity measures.

Past periods of high government debt risk — think Latin America in the 1980s, 1990s and early 2000s, and Europe in the 2010s — produced clarion calls of financial Armageddon that rippled across the globe. The U.S. Federal Reserve and others are indeed concerned about the current risk of contagion from the deepening woes in China’s massively leveraged real estate sector. But still, it’s fair to ask, where are all the chicken littles now?

The reality, experts say, is that despite high debt loads, the sky may in fact not be falling. As the Economist recently noted, emerging market debt is far different — and safer — than it once was. Many large developing nations stopped selling as much to fainthearted foreigners through dollar-denominated short-term debt and instead sold more longer-term debt to locals in domestic currencies, effectively curbing their risk.

In addition, the pandemic era has seen some of the lowest interest rates on record — making debt less costly. The run up in commodity prices, meanwhile, is buoying a host of export-dependent emerging markets.

“I think the time to be worried about a systemic debt crisis has passed, in the sense that the global economy is recovering, and the U.S. and the euro area, and some emerging markets as well, they are in recovery mode, but this recovery is unequal,” Marcello M. Estevão, global director of macroeconomics, trade and investment at the World Bank, told Today’s WorldView this week.

Debt crisis or not, the new IIF report shows the extra burden developing countries will bear in the long run from high borrowing. Over the next five years, spending on interest expenses is poised to rise in emerging markets, even as it falls for advanced economies. That means less money for education, social spending and shifts toward greener economies.

Scaling up debt forgiveness for green projects, as leaders like Argentina President Alberto Fernández pushed for at the United Nations summit in Scotland, could help. But global agreement on such a plan, as well as its scope and speed, remains in doubt. Meanwhile, the debt risk in some countries could start to increase as interest rates rise.

Already, a handful are flashing fiscal code blues — for instance, and as always, Argentina.

Today, “emerging markets are not out of the woods,” @tiftikemre, director of sustainability research @IIF said in an interview. “Government budget deficits are set to remain high, leading to further #debt accumulation.” https://t.co/ubPTZ8vhGm #emergingmarkets pic.twitter.com/nLHmoDmyqR

For some low-income countries, push may soon come to shove. China, a major lender, has proven even more reluctant than the West to offer debt relief. And there are only a few short weeks left to a G-20 program that offered limited debt suspensions to a group of low-income countries.

At the same time, a G-20 and Paris Club plan — wonkily known as the “Common Framework for Debt Treatments” — to provide longer term relief remains clouded. Chad, Ethiopia and Zambia have sought to restructure their debts through the program, but talks have progressed slowly. That’s in large part because private lenders must voluntarily offer concessions and have dragged their feet. Many other heavily indebted countries have been reluctant to sign on, fearing it will only serve to sound the alarm that their fiscal houses are on fire and cut them off from private borrowing.

It just turns out the countries most at risk are so systemically unimportant to the global economy that investors do not seem overly concerned about their fates. That doesn’t mean the world is staying silent on the need for debt relief.

During the Rome summit of G-20 leaders, World Bank President David Malpass warned of the consequences of inaction, according to Reuters. The debt owed by low-income nations rose 12 percent during the pandemic, even as they faced a scarcity of vaccines, inflation, energy shortages and a breakdown of the supply chain.

“The multiple problems are causing devastating reversals in development,” Malpass said. Meanwhile, he added, “progress on debt has stalled.”