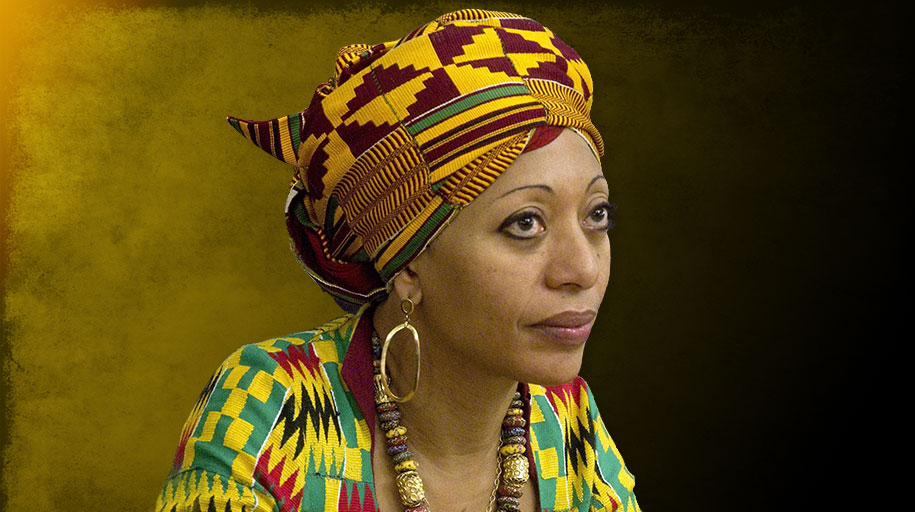 Rampant and pervasive corruption in Africa and the widespread impoverishment of the masses is not by accident. Africans who know what needs to be done to create wealth and prosperity for the majority are eliminated.

Leaders like Patrice Lumumba and Thomas Sankara who offer viable solutions are murdered. So feared are the lessons they offer–the need for African mental and psychological liberation as prerequisites for mapping out indigenous socio-economic and political development– that even in death they are seen as threats.

Lumumba’s body was desecrated and dissolved in acid; Sankara’s was similarly destroyed and buried in a mass grave. In both cases their compatriots were the triggermen; firing bullets on behalf of Western capital. Mobutu and Moise Tshombe killed Lumumba on behalf of the U.S. and Belgium; Blaise Compaore eliminated Sankara on the bidding of France.

On the otherhand, corrupt leaders who brutalize Africans while fulfilling the economic and geopolitical needs of the West –providing access to resources, allowing foreign troops to be based in their country, or renting out their national army as mercenaries for the West–like Mobutu, Compaore, Idris Deby, Paul Biya and Gen. Museveni– are sustained in power for decades.

It’s not for lack of determination, dedication, desire and effort on the part of Ugandans that Gen. Museveni is still in power. His regime is recipient of tens of millions of pounds from Britain each year and more than $1 billion from the U.S. annually in addition to the weapons and diplomatic cover at the United Nations.

As with all textbook Western-backed dictators –here the late Fulgencio Batista of Cuba, Ferdinand Marcos of the Philippines, and Mobutu come to mind–the Western aid meant, in theory, to benefit the country, is plundered by the puppet ruler, his family and his associates.

Museveni, for example, flies in a $50 million Gulf Stream jet purchased with forerign aid money even as Uganda teeters with youth unemployment at 85%. Gen. Museveni is currently implicated in a bribe-and-money laundering case being tried in a U.S. court, yet his regime continues to be a beneficiary of Western resources. Recently U.S. ambassador to Uganda Deborah Malac gushed in a tweet about a Western consortium that includes GE signing an oil refinery deal with dictator Museveni. At the same time the embassy’s website posts several speeches by Malac condemning corruption by the regime.

Both Robert Mugabe and Muamar al-Quathafi were demonized; yet both of these dictators did more for their respective countries, Zimbabwe and Libya, than Mobutu for Congo or Museveni for Uganda. Mugabe took back the land stolen by White settlers and was punished with devastating sanctions; al-Quathafi was never forgiven for seizing control of oil and making Libya one of Africa’s wealthiest countries.

Mugabe and al-Quathafi were demonized while Mobutu when he lived, and Museveni today, never subjected to critical coverage by corporate media whose function it is to protect multinational corporate interests.

Consider that Museveni’s militarism has caused the deaths of perhaps 10 million Africans in Uganda, and in the countries invaded by his army: Rwanda, Congo and South Sudan. He is not demonized and travels to Western capitals, including last week to London, for the Commonwealth Heads of Government Meeting (CHOGM) where he greeted the queen. Could you ever imagine Britain allowing former President Mugabe to do this?

Museveni has been responsible for the deaths of countless Africans but his corrupt regime welcomes Western capital so he’s favored and crimes ignored. Which Western leader really cares about a few million dead Africans when profits are at stake?

He also debases himself since he lives in constant fear his masters will abandon him eventually.

These are the types of Africans, the anti-thesis of Nkrumah, whose regimes are financed by Western capital and celebrated by the leadership –Bill Clinton called Museveni a “new breed of African” leader.

The African condition is not by accident.

Kwame Nkrumah when he wrote “Neo Colonialism the Last Stage of Imperialism” anticipated these predicaments. He warned that independence would remain meaningless and on paper alone –unless African countries united and took collective stance to protect their rights, sovereignty and resources.

Nkrumah explained: “The essence of neo-colonialism is that the State which is subject to it is, in theory, independent and has all the outward trappings of international sovereignty. In reality its economic system and thus its political policy is directed from outside.”

That is surely what prevails for all of Africa with varying degrees of outside control.

Also without the strength that could have come from unity, African countries continue selling their raw materials –agricultural and minerals– at prices determined by the West (and today, China as well) while buying manufactures at prices set by producers in the industrialized countries.

This is a recipe for permanent impoverishment of Africa on one side and enrichment of the industrial powers on the other.

Nkrumah elaborated: “So long as neo-colonialism can prevent political and economic conditions for optimum development, the developing countries, whether they are under neo-colonialist control or not, will be unable to create a large enough market to support industrialization.”

Yet even with rampant corruption, puppet leaders like Gen. Museveni, Deby and Biya, still get some investment coming to the countries they rule on behalf of the industrialized nations. Such investments benefit the corporate elite in the West and the corrupt dictators while not benefiting the vast majority. The West condones corruption — which is a two way street after all– so long as it fulfills their corporate interests.

Nkrumah correctly argued that the solution to the many economic woes must come from Africa. He had embarked on his plan to industrialize Ghana using the power from the Volta Project. He argued that Africa had to capture the surplus (profit) by using its raw materials and minerals to produce value added products for the domestic markets and exports.

Because Nkrumah had a plan for Ghana and Africa, his compatriots –generals in the armed services– deposed him, with the involvement of the Central Intelligence Agency.

Yet today, 44 years after Nkrumah’s death and 53 years after he wrote “Neo Colonialism…” his prescriptions remain the most viable path to transforming the African condition of underdevelopment.

The great Egyptian-born scholar and economist Samir Amin expands on Nkrumah’s analysis. He argues that collective African strategy –whether called Pan African or not, is the only realistic remedy.

This is the way for African countries to: retain a larger portion of the profits from Africa’s resources to spend on social programs and to finance integrated industries; avoid undercutting each other as foreign multinationals — including Chinese ones– will bid down the prices of Africa’s resources; create large size markets to scale up manufacturing; harmonize industrial policies; withstand the conditions imposed by the World Bank and IMF for credit, which always precludes the possibility of industrialization; and, increase bargaining power with the West and China.

Such policies that would promote integrated industrialization and create wealth and prosperity for Africans cannot be carried out so long as corrupt leaders who fulfill the interests of the outside world –rather than frica’s– like Museveni, Deby and Biya remain in power.

We hasten the task of African economic development by removing such leaders.

Video Description: On this episode of In Focus, we explore industrialisation, what it really means, and what it will take for African countries to industrialise with Professor Samir Amin, renowned scholar and Director of the Third World Forum, an international non-governmental association for research and debate.

Prof. Amin was born in Cairo in 1931 and was educated at the Lycee Francais. He gained a Ph.D. in Political Economy in Paris (1957), as well as degrees from the Institut de Statistiques and from the Institut d’Etudes Politiques. He then returned home where he was attached to the planning bodies of Nasser’s regime. He left Egypt in 1960 to work with the Ministry of Planning of the newly independent Mali (1960-1963), and following this, he commenced an academic career. He has held the position of full professor in France since 1966.