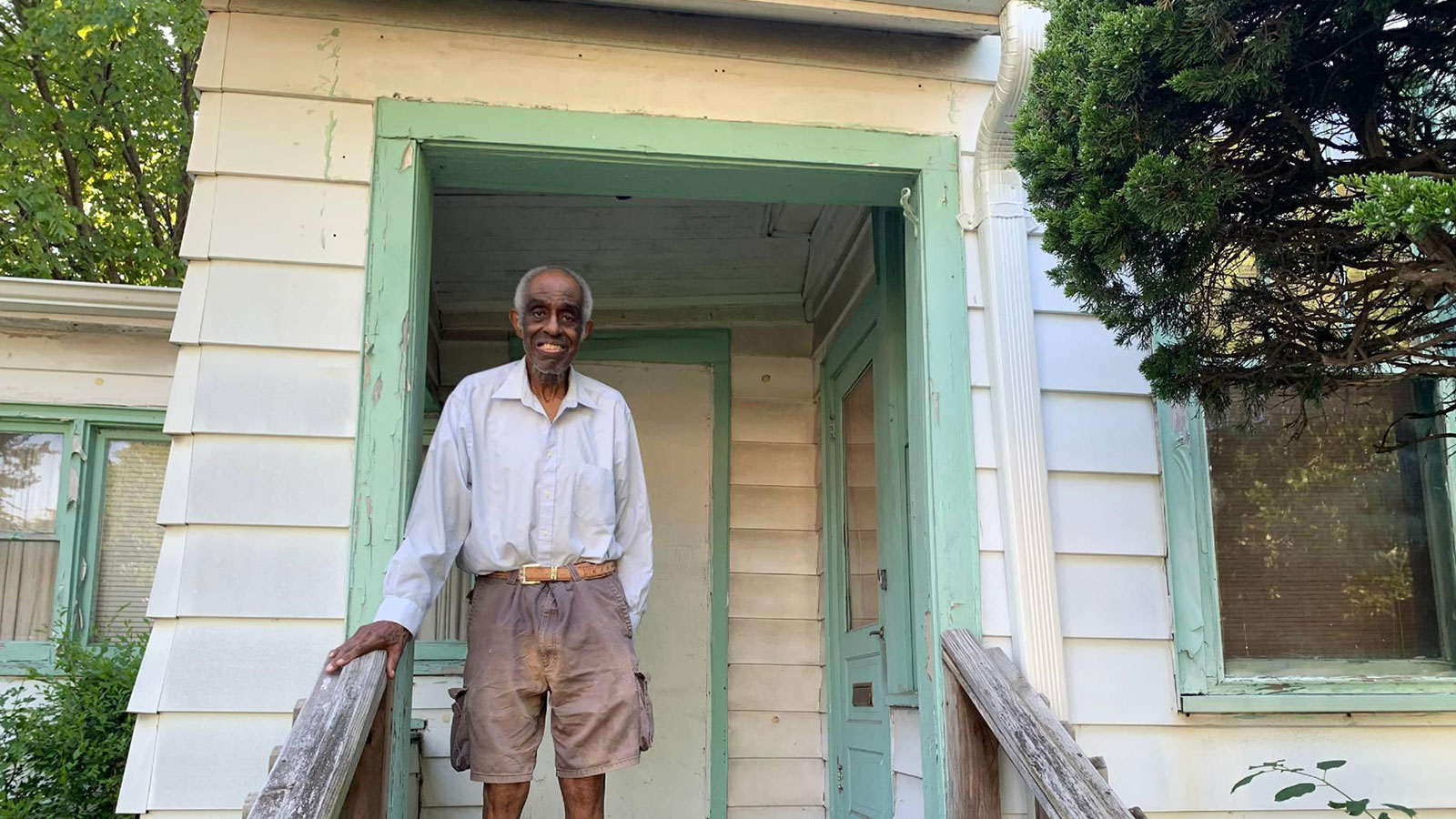 The fight for reparations has stalled in Congress. Here’s what they look like in state and local governments

You Are Here: Home » Blog » Reparations » The fight for reparations has stalled in Congress. Here’s what they look like in state and local governments

State and local governments are leading reparations efforts across the country to address the racial wealth gap and compensate Black Americans for the harms of slavery and institutional racism.

Louis Weathers had a stable job and was married when he decided to buy a home in the Chicago suburb of Evanston in 1959 – but high interest rates and White real estate agents who seemed adamant about keeping him and other Black residents out of certain neighborhoods nearly discouraged him.

More than six decades later, the 87-year-old received a payout to make up for the discriminatory housing practices that he and other Black residents experienced between 1919 and 1969.

After three years in the making, Evanston gave Weathers and 15 other Black residents $25,000 each in May to put toward a down payment on a home, mortgages or home repairs.

Like Weathers, generations of Black Americans have faced disparities in housing, transportation, business and other areas. And as descendants of enslaved people many say they have not been compensated for their labor and the lingering effects of systemic racism.

Recent federal reparations efforts have stalled in Congress, but cities like Evanston are working to atone for the harms caused by slavery and institutional racism – and address the racial wealth gap.

Last week, Detroit’s city council unanimously approved how it would structure the city’s first reparations task force. Meanwhile in Massachusetts, the Amherst Town Council approved the creation of a fund to allocate a total of $2 million in reparations over the course of about a decade.

The push for reparations has gained momentum on the heels of the national uprising in the aftermath of George Floyd’s killing in 2020, which rekindled the Black Lives Matter movement. Kamilah Moore, of the California Reparations Task Force, said she sees reparations “as fulfilling the promises made to her ancestors” in the mid-19th century following the abolition of slavery. The federal government now has the chance to live up to those commitments, she said.

“You can’t talk about a racial reckoning in this country without mentioning reparations,” she said. “Reparations are comprehensive enough to address all of the ills that still impact the African American community.”

From cash payouts to issuing extensive reports and building a bureaucratic system to examine what reparations could look like, here is what some local and state governments have done so far:

Robin Rue Simmons, a former Evanston alderman who introduced the idea to the city in 2019, said the Restorative Housing Reparations Program was created to remedy some of the harm caused by the city’s historical anti-Black housing policies. When it was approved last year, it was considered the country’s first reparations program.

Since it was founded in the 1860s, the city “created systems to segregate, limit, deny, and control Black citizens,” who were denied equal access to many areas, including schooling and housing. In the early 20th century, real estate agents developed a practice of informal racial zoning, almost exclusively offering Black residents housing on the city’s west side, according to a 2020 report commissioned by the city that details how the city perpetuated discriminatory practices toward Black residents.

When the city’s Restorative Housing Reparations program opened online applications in September, officials received more than 600 applications. In January, Weathers and 15 others were chosen at random from the first 122 applications submitted by eligible Black residents.

The program’s payments were funded by donations and money collected by the city from cannabis sales taxes.

Weathers says he was “elated” when he learned that he would receive a payout and decided it could help current and future generations of his family. Instead of using the money for himself, he transferred his payout to his 60-year-old son, Michael Weathers, to put toward his mortgage.

Rose Cannon, a longtime Evanston resident, said she was initially excited when she heard about reparations efforts coming to Evanston, but grew to be against them once the conversation shifted from direct cash payments to a housing program. For her, conflating housing equity efforts with reparations minimizes the larger reparations movement.

“When you use the term reparations, we would like for it to be associated with the full repair of human beings, to close the racial income gap,” Cannon said. “Housing can only be a portion of it, maybe a silo of it.”

The current program, Simmons said, is the city’s initial reparations effort and was informed by a mass of research that led them to identify the legacy of discriminatory housing practices.

Following more work to address housing disparities, Simmons said the city is expected to focus its reparations efforts on economic development and education initiatives. A committee has recommended grants for Black businesses and the establishment of a Black history museum in the city, she added.

“It’s not so much that the initial 16 recipients are going to completely transform the life circumstances for all of Black Evanston, but the fact that it has happened means that we can expand it and we can build on it and do more,” Simmons said. “Not just in housing, but in other areas as well.”

Cities like St. Paul have taken steps to build a bureaucratic system to examine what a reparations package for Black Americans could look like.

After the city apologized last year for its role in the institutional and structural racism experienced by its Black residents, officials established an advisory committee to create a framework for a reparations commission.

A year later, the advisory committee has released a report recommending direct cash payments to eligible Black residents and the establishment of a permanent reparations committee focused on implementing reparations to address racial disparities in housing, health care, education, employment and more.

As far as funding, the report identified various sources, including the city’s funding under the American Rescue Plan, sales taxes and philanthropic donations.

“The fact that [Evanston] led on [reparations] and they were so bold to actually do it, let our city council know that this is something that can happen, and it can happen in our lifetime,” Crews said.

Although Minnesota was a free state, Black Americans were enslaved at St. Paul’s Fort Snelling and used for free labor by the U.S. Army. Following the abolition of slavery, they faced forced segregation, redlining, housing discrimination, and the destruction of Saint Paul’s Rondo neighborhood – the city’s center of Black business and cultural life. It was destroyed to give way for the construction of an interstate highway, the advisory committee’s report says.

Yohuru Williams, another member of the committee, said the task force decided to take a more “holistic approach” to reparations because the damage of institutional racism is uneven and impacts different descendants of slavery in varying ways.

“It may be inflicted in one way for one set of descendants,” said Williams, a history professor and founding director of the Racial Justice Initiative at the University of St. Thomas. “It could have been unfair labor practices that resulted in unequal acquisition of wealth. For others, it was outright slavery.”

One of the largest reparations efforts in the nation is taking place in California, where a statewide task force is expected to become “a model for partners across the nation.”

In 2020, California became the first state in the country to establish a state reparations task force and nearly two years later, the panel released its first report last month outlining the state’s involvement in slavery and how it continues to harm Black Americans.

In the 500-page interim report, the task force detailed how California perpetuated institutional racism in connection to slavery and state-sanctioned discrimination, as well as how the federal government perpetuated these harms.

Chairperson Kamilah Moore said the report is the most extensive issued by the government on the African American community in more than 50 years. One of the report’s main goals, Moore said, was educating California residents about the state’s role in maintaining the institution of slavery.

California entered the Union as a free state in 1850, but was only free in name as the state government supported slavery early on, according to the report. California had a fugitive slave law harsher than the federal Fugitive Slave Act.

The task force’s report outlines how Black Americans have been harmed, including by slavery and political disenfranchisement, and in labor, housing, education, the criminal justice system, and arts and culture. The panel included preliminary recommendations for each category but said a final report will be issued next year.

Some of those recommendations include updating language in the state’s Constitution; removing racial bias and discriminatory practices in standardized testing; compensating people deprived of profits for their work; investing in and creating free health care programs; and apologizing for acts of political disenfranchisement.

Brandon Greene, the director of the racial and economic justice program at the ACLU of Northern California, said the report is extremely comprehensive and hopes officials consider direct cash payments as the center of their reparations efforts.

With several state and local governments leading the push for reparations, Moore and others said they hope the federal government is empowered to advance H.R. 40, which was first introduced in Congress in 1989 and proposes the creation federal commission to study reparations and recommend remedies for the harm caused by slavery and the discriminatory policies that followed abolition.

“The federal government is not off the hook,” Moore said. “I hope that people use this report as leverage to fight for reparations on a federal level.”