You Are Here: Home » Editors' Choice » Should Britain pay reparations to former colonies? 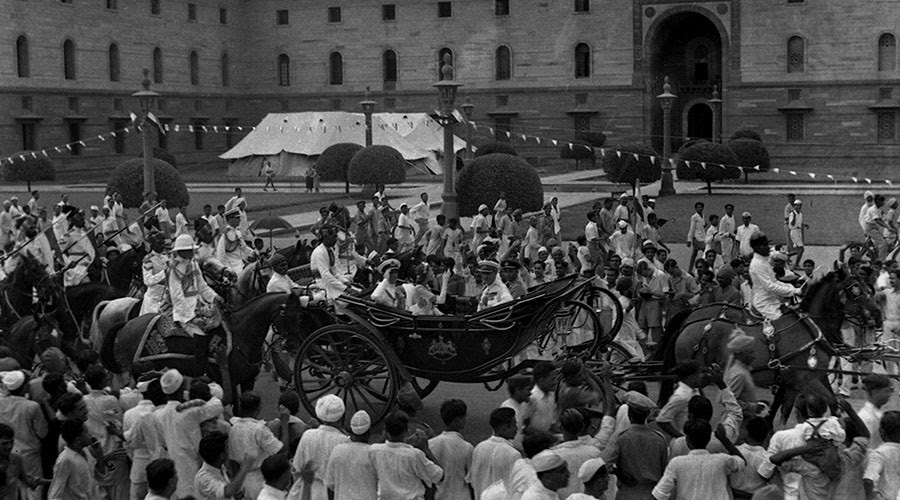 In this handout picture taken 15 August 1947, British Governor-General Lord Mountbatten (C) gestures as he rides in a carriage alongside Lady Edwina Mountbatten prior to witnessing the raising of the Indian tricolour for the first time at India Gate in New Delhi. © AFP

The world is changing fast. For the first time since the Cold War, the dynamic of power in the world is shifting. Since WWII, the United States and its Western and European allies have dominated world politics.

Now, with the emergence and strengthening of the BRICS economies, and with the false reasons for war in recent years fully exposed, this shift is set to continue, with Western hegemony being challenged, although not nearly quickly enough for nations still on the receiving end of the empire’s wrath.

Along with this changing power dynamic, in the United Kingdom, we are seeing more and more parts of Britain moving further away from the clutches of Westminster.

Wales has the Welsh Assembly, and continues to devolve from Westminster. Scotland under pressure voted to remain with the Union, but many still believe that Scotland will leave it within a decade. In Cornwall, there is a similar move to cede more power from the British state into the hands of the Celtic Cornish people, with Cornwall remaining one of the poorest areas of Western Europe today.

Northern Ireland and the Irish people also need to control their own destiny.

But the changing perception of the role of Britain in the world, past and present, also extends to Britain’s former colonies overseas.  And why shouldn’t it?

Central to this debate is the call for the British state to face up to its past crimes and to stand accountable to former colonies, particularly those nations and peoples whom were brutalized under one of the most despicable crimes in human history, transatlantic slavery. 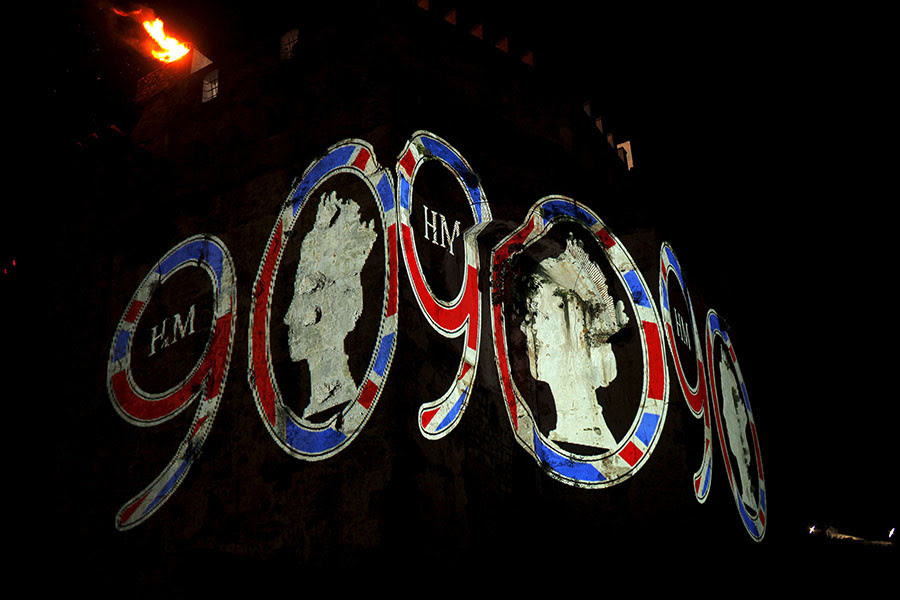 Not only has Britain yet to formally apologize for its role in perpetuating slavery, but there is a perfectly legitimate, moral, and legal argument to suggest that Britain ought to pay reparations to those peoples affected.

It makes sense, especially when we look at the current socioeconomic conditions in the countries Britain occupied.  While the countries which Britain got rich from were left devastated and impoverished, slave owners, including the relatives of British Prime Minister David Cameron, were compensated to the tune of millions of pounds following the abolition of slavery for loss of their “property.”

Following the “end” of slavery, Africans in the Caribbean were left poor, politically voiceless and uneducated. The British state, which contrary to Cameron’s claims in Jamaica last October, did not play a leading role in bringing about the end of slavery.  Rather, they had no choice but to back down as slaves demanded and took back their freedom.

Not only that, but once Africans in the colonies were “freed,” Britain then set about replacing the African labor force in order to keep the commercial trade in the Caribbean running and to make sure the sugar cane got chopped.

India, which at the turn of the 20th century was still occupied by Britain, provided the answer for the British state’s labor force void. Britain set about transporting, by trickery, manipulation and false promises of fortune and wealth, Indians from East India to the Caribbean to fill the shoes of the now “liberated” Africans.

My father’s parents are of Indian and African Caribbean descent, respectively, and my Indian family from Trinidad were part of the labor force which was exported to the Caribbean by the British.  The hardships and pain they went through do not need illuminating here.

Last October, Prime Minister David Cameron, a direct beneficiary of slavery and commerce in the Caribbean, told Jamaica that they ought to “move on” from slavery and focus on the future.  Just consider that for a moment.  This is like Angela Merkel telling Jews to get over the Holocaust. It’s deeply hurtful, offers no remorse, and more significantly is a cheap way to avoid the question of reparations and the moral responsibility Britain has in giving back what is owed. 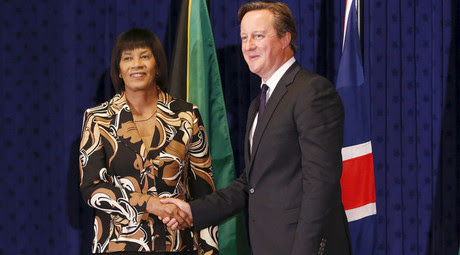 ‘Jamaica must move on from painful legacy of slavery’ – Cameron

In Cameron’s same speech, he made clear that money for development in Jamaica is scant. But guess what?  Britain will happily invest money in Jamaica to build a prison to – wait for it – relocate Jamaicans currently in British prisons.

The call for reparations is not a call for a handout or charity.  Africans were forced to work for free for 400 years and when they finally demanded freedom and the British state departed, it was not before they had drained the life, liberty, and money from the Caribbean.

And this is of course not just the case for the Caribbean. There is a legal case and moral argument among all of the former colonies and communities which the British state used in order to build its vast empire at home and abroad.

People are coming around to this fact. If Britain has a limitless budget when it comes to war, decimating other people’s homelands, for oil and control, then surely the British government can cough up some money for the redevelopment of the countries which it used and abused and then left behind, having sucked all the life and prosperity from them like a vampire.

Harriet Tubman, the abolitionist runaway slave who freed many other slaves and led them along the underground railway to freedom in the northern United States, will reportedly now have her imaged featured on American dollar bills.

In the UK, we witnessed the efforts of the “Rhodes must fall” campaign, as a growing tide of people understand the nature and scale of the slavery and the impact it had around the world and the fact that modern Britain as we know it was built off the back of wealth accumulated through slavery.

While these gestures are important, what would be an even more significant move would be for Britain and the other colonial nations to be made to pay reparations where they are due. And what of the big banks and insurance companies which sprung up from the wealth built up off the backs of Africans?  Perhaps we should be thinking about making banks like Barclays give back some of what they have taken.

David Cameron will barely even acknowledge the crimes committed by Britain and by his own lineage, never mind acknowledge any responsibility in fixing the murderous, exploitative and disastrous legacy left behind.

If former colonies are refused an apology and acknowledgment from Britain, I hope they severe their ties with the British state and the Queen, both symbolically and practically.

There is no glory to be found in the empire. Whatever greatness exists in Britain exists among those British working classes who continue to fight for universal rights of all people at home in Britain and abroad. In fact, during slavery in Britain, many runaway slaves found sanctuary from ordinary working families in places like East London, but then again it was these working-class families in Britain who were also screwed over by the same empire.  David Cameron and other leaders will keep ignoring this question unless we keep it on the agenda.  A prime minister whose family benefited from slavery, refusing to acknowledge it is a slap in the face to us all.  If he cannot even acknowledge it, then without some serious political pressure he is also unlikely to reach for the Treasury’s checkbook.

This event in May in London will outline the case for reparations with some key speakers including Sukant Chandan and Lee Jasper. Let’s force this issue back onto the agenda.

Richard Sudan is a London-based writer, political activist, and performance poet. His writing has been published in many prominent publications, including the Independent, the Guardian, Huffington Post and Washington Spectator. He has been a guest speaker at events for different organizations ranging from the University of East London to the People’s Assembly covering various topics. His opinion is that the mainstream media has a duty to challenge power, rather than to serve power. Richard has taught writing poetry for performance at Brunel University.