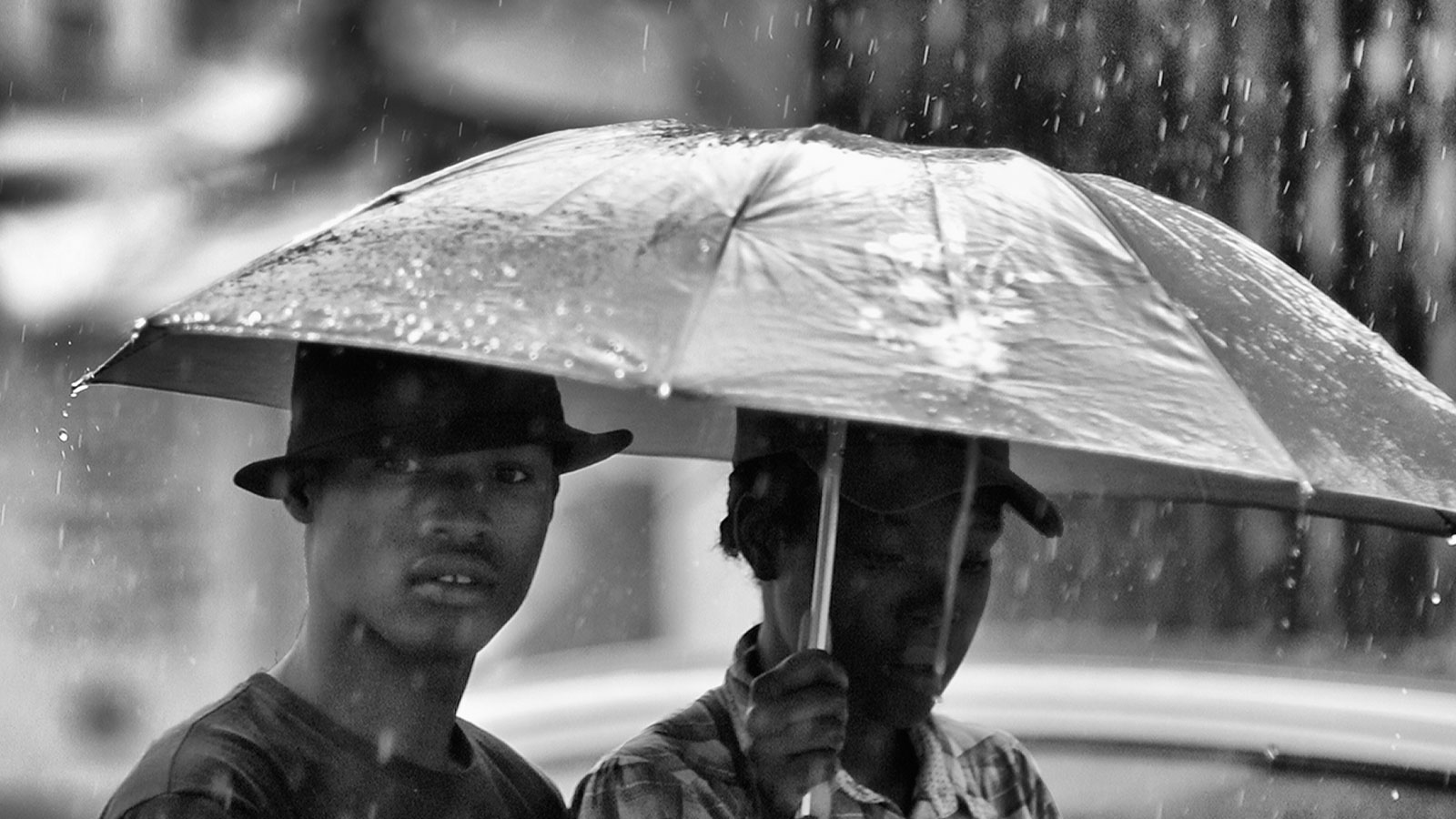 Anti-blackness is on the rise in Ayiti. But Haitians and Dominicans are resisting, in ways big and small.

By Saudi Garcia, Africa Is a Country —

The word crisis is used so often in relation to the island of Ayiti (the Dominican Republic and Haiti) that often it loses its potency. Recent events highlight a peak in anti-Black and anti-Haitian violence, the result of the ever-mutating punishment of Haiti for its revolution of 1804.

In response to an October 3 announcement by the UN’s Human Rights Commission asking the Dominican Republic to cease the deportation of Haitians to Haiti, president Luis Abinader issued decree 668-22. The decree establishes that, by presidential authority, the Dominican police and migration authorities can deport any “foreigner” deemed to be occupying state-owned land. Sugar plantations were a key source of dictator Rafael Trujillo’s wealth (he ruled from 1930 to 1961), and were transferred into state ownership via the CEA (Consejo Estatal de Azucar). Therefore, the many sugar plantations still active and not owned by powerful families, like the Vicinis, are state-owned land where Haitians and their Dominico-Haitian descendants live.

The protection of private property was named as central to this decree, an ironic and laughable statement in a country still lacking several necessary laws, such as the stalled Ley de Ordenamiento Territorial, which is meant to organize land use across the nation’s territory. The effect of the decree has been ethnic cleansing: Haitians and dark-skinned Dominicans have been violently attacked, rounded up, and dropped off in makeshift detention centers around the country and on the border. Although there have been waves of deportation and arbitrary, unlawful detainment of Haitian people in the DR, the sheer scale of the human hunt unfolding in the DR, combined with the hypocrisy of offering expedited paths to residence permits for Venezuelan refugees while ignoring people still denationalized since 2013, makes this the worst act of ethnic cleansing since the 1937 massacre in the borderlands.

I have been a racial equity facilitator since 2011 and a researcher of Dominican culture and politics since 2012. The organizations I have worked with, We Are All Dominican and In Cultured Company, have spent a combined ten years tracking anti-Haitian and anti-immigrant violence in the DR. We are All Dominican politicized a generation of Dominican activists with its forms of radical and consistent solidarity with denationalized Black Dominicans of Haitian descent on the island. Meanwhile, In Cultured Company has been able to successfully change the conversation about Dominican-Haitian relations, denaturalizing perpetual conflict and centering our shared political interests, anti-imperialism and solidarity. Even with these efforts and a rising tide of dissent in and out of the country, fascism is on the rise in the Dominican Republic. It is corroding and harming groups who might have been imagined as immune to it.

For example, on October 12, 2022, artists and activists with the organization, Acción Afro-Dominicana, were attacked with metal rods by members of a paramilitary organization called Antigua Orden Dominicana. Antigua Orden is infamous for attacking journalists, politicians and media figures that it does not deem anti-Haitian enough. The “Antigua Orden” that this organization advocates, much like the vision of the “Make America Great” crowd, is a violent and anti-Black social order. The arbitrary violation of the human and constitutional rights of Haitian immigrants as well as their imprisonment and deportation are the very actions that groups like Antigua Orden have advocated.

It is extremely concerning to see the state-sanctioned rise of anti-Haitian, anti-Black, and anti-LGBTQ violence in the past year. The physical violence, burning of entire small communities, lynching, death threats and online harassment we are seeing are simply the results of allowing a paramilitary organization to thrive unchecked since 2016. As land justice activist Ysanet Batista states: “the Dominican Republic is experiencing a civil rights movement. Organizations like Antigua Orden are a backlash to this social transformation, and decrees like 668-22 facilitate fascist violence.”

Antigua Orden, and the decrees being issued by the presidency itself, are meant to fill the void that a lack of economic justice and humane social policies has left in the DR. As I have observed, anti-Blackness (i.e. colorism and racial replacement theories), anti-immigrant and anti-working class policies (both formal and informal) have thrived in this void. As a result, Dominican society has veered towards violence and abuse without accountability. Regardless of nationality, we all will suffer the consequences of living in, or even visiting, a social climate of deep intolerance.

There is a “single story” about Haitians in the DR that is propagated by the right-wing Dominican media. This anti-Haitian story is slowly changing, even if the change is uneven and small. The genie of racial self-recognition and cultural autonomy cannot be put back in the bottle, and this is running up against centuries of anti-Haitian sentiment. Despite a segment of the Dominican population not recognizing itself in broader racial terms, an increasing segment identifies with the long-suppressed African heritage of the nation and in locally appropriate racial terms.

Thanks to social entrepreneurs like Carolina Contreras, founder of Miss Rizos Salon, Dominican women are stopping the use of relaxers that can cause uterine cancers and proudly wearing their hair in Afros. Dembow, an urban rhythm that is connected to ancestral forms of African drumming, is thriving and being recognized in the global music scene. Movements like Barrio Alante are supporting and making visible the development of vibrant local cultural expressions like hip-hop, rap, and graffiti. Despite police brutality and economic oppression, these Black arts are thriving in the most racially-oppressed and marginalized parts of Santo Domingo’s urban fabric. These and other groups such as Junta de Prietas, Aquelarre, and Accion Afro-Dominicana, are organizing people with an explicitly intersectional analysis that is rooted in place, race, class, and empire.

While the Dominican Republic is experiencing a racial and civil rights awakening, Haiti is experiencing a massive popular uprising against imperialism and white supremacy. With Haiti on the eve of being invaded by the US and supra-national forces like the UN Security Council, there is a deep sense of uncertainty and even hopelessness among the people of Ayiti. However, as a people, we have found ourselves in similar situations throughout our history. I write our history because the history of our island cannot be told by only thinking about Haiti or the Dominican Republic as separate countries.

They are nations whose fate is interlinked, and history proves it. As in the US, these are hidden histories that activists and organizations such as In Cultured Company work hard to bring into public consciousness. We sorely need an ethnic studies public school curriculum that imagines our history as central to the making of the modern world. In the meantime, our workshops are the spaces where Haitian and Dominican young people can come simply be, learn, and heal together.

There are people in our community whose values, actions, and lives are rooted in a deep sense of fear of the future. The future is indeed uncertain, but this is no excuse for our entire community to sanction racial violence with our silence. Hate, violence and intolerance have a way of echoing and multiplying in a silent room.

As I see my generation of Dominican millennials starting families, I beg us to refuse hate to be the inheritance of our future generations. Our children, our young kin, deserve more than endless violence and accepted cruelty toward Haitians.

It is overwhelming to think about all that we have to do to arrive at a safer, freer, healthier and more economically secure place. But the future is only as uncertain as our inaction allows it to be.

We can start by naming, with clarity and certainty, that this is a moment of anti-imperial and civil rights uprising in Haiti and the DR respectively. Dominicans in the diaspora can rebel in place by ensuring that we are creating the conditions, within ourselves, our families and our communities, to contest for the power to shape the future towards greater peace, freedom, humanity, and care. Breaking the cycle of fear, violence, and intolerance requires reprogramming, a commitment to see more possibilities at this moment and a desire to work in earnest toward transnational policy and structural change.

Dr. Saudi Garcia is a Mellon postdoctoral research fellow and incoming assistant professor at The New School’s Department of Anthropology.

Source: Africa Is a Country