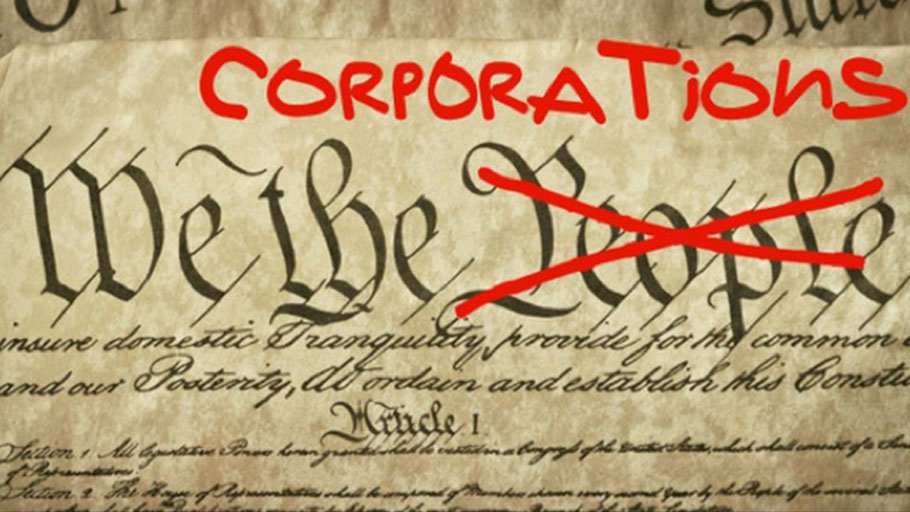 The Biggest Threat to American Democracy: It Is Not Russia

You Are Here: Home » Blog » Editors' Choice » The Biggest Threat to American Democracy: It Is Not Russia

The rising importance of money as the dominant factor in the political decision making process, is a direct result of the successful assault to remove previous  restrictions on the right of Black and poor people to be a significant part of the national political conversation.

The call to “Make America Great Again”, following the eight year term of President Barrack Obama, America’s first African American President signaled the re-emergence of a new and extraordinary dangerous era in America and in international politics. The very use of the term “Make America Great Again” would soon serve to highlight the great divide that has been the Achilles heel for America since its inception. That great divide being the issue of whether or not America and the political institutions it developed, as a part of this great political experiment, would have the political will and capacity to rise above the temptation and vices of greed, conquest, and racial/ethnic prejudice, that framed the landscape of emerging “new century” empires.
The euphoria following the election of President Obama was short lived. America had demonstrated once again, that it could talk the talk, but that it was totally unprepared to walk the walk. When Republican Congressman Joe Wilson, openly and in view of the entire world, called President Obama a liar on the floor of the US Congress it should have been a sign of what the new political order would bring. However, the incident was quickly and quietly “swept away” with a relatively private and simple apology. Delusionary hopes and dreams about America having arrived at some new state of race neutrality were instead substituted for a clear headed understanding of what had just happened. The ease with which the insult was dismissed and presumably forgiven by all was a major failing by the President, the Congressional Black Caucus and other Black and progressive organizations. 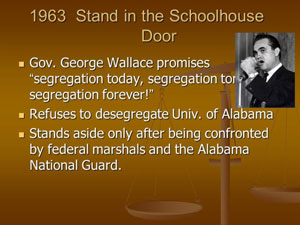 The insult delivered by Congressman Wilson pales in comparison to the bold and unapologetic declaration by Senator Mitch McConnell, that the politics of the Republican Party and the political agenda of the Senate would be constructed to insure that the tenure of the first African American President would not be successful. That was not a “dog whistle”, that was the resurrection of the tone and sentiment expressed by Governor George Wallace’s 1963 declaration “segregation today, segregation tomorrow, segregation forever”.

These incidents are only the tip of the iceberg. In order to understand the drift to the political right, the heightened importance of racial insecurity and the rise of hatred as political currency that has taken place, one has to understand the progress that has been “rolled back” due to the successful campaign to suppress voting rights in America. Perhaps the best example of the success of this effort is the 2000 Bush/ Gore Presidential Election. Since the US Supreme Court validated that election, silence and increasingly sophisticated voter suppression and voter intimidation tactics have become more ingrained in our political system. Combine that effect with the destruction of the fundamental principle of “one person one vote” occasioned by the US Supreme Court “Citizens United” decision. 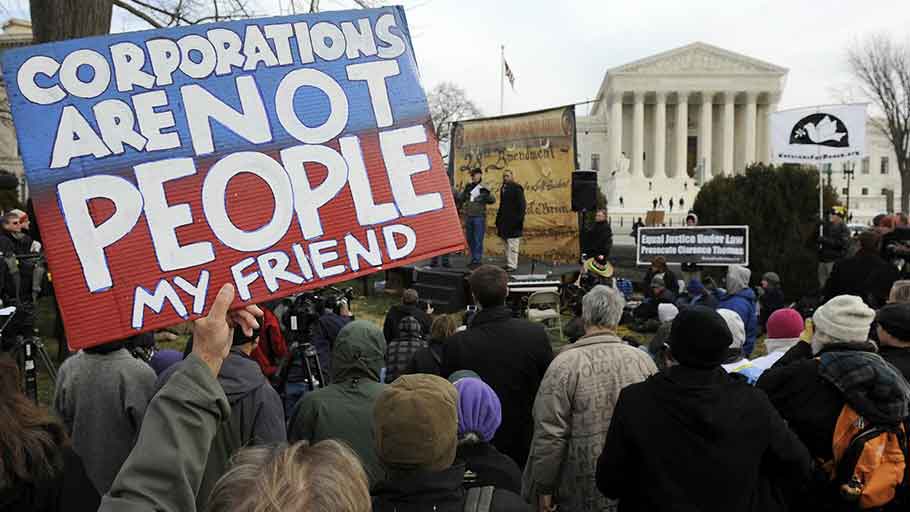 The consequence of these and similar events cannot be dismissed, as it has become abundantly clear that deference to injustice and greed will ultimately insure the marginalization of the masses, independent of factors such as race, ethnicity, political affiliation or geography. When money becomes the currency of the realm, the goals and principles generally associated with popular notions of Democracy and democratic participation in the political order rapidly begin to vanish. It therefore follows, that the political processes that once provided pathways to the discovery of opportunity, soon becomes little more than pathways for non-transformative, cathartic political excursions.

I submit that the corruptive influence of money on the opportunities for democratic citizen participation in American politics has become too obvious to dispute and too detrimental to ignore. For example, the current conversation in National Democratic Party leadership circles with respect to the election of a Speaker of the House, should the mid-term elections result in a change in leadership, are framed in the context of who can raise the most money for the party. Our national election discourse is now dominated by the need to raise the cash to participate in a primary election and the cash to win a general election. When there is a conflict between Party interests, as in fund raising, and/or the public good, such as improvements to infrastructure, Party interests will predictably prevail, because of the conservative values and influence of the major donors. Consequently our politics steadily drift to the right and “the tail continues to wag the dog”.

Some will argue that the American system for financing public elections is not restrictive of democracy because the system enables independents and individuals to come up with creative mechanisms and social media schemes to raise the millions of dollars that are necessary to get into the game. However, the fundamental question remains: When the ability to raise considerable amounts of money becomes the precondition for effective political participation, what has happened to American democracy?

The conditions that I am describing have to a large degree always been a major part of the American political backstory for the preservation of hierarchy. Fault and guilt can be found at the feet of each major Party. Race, gender and residence have always been barriers to full citizen participation. What has gone relatively unnoticed and under-appreciated, is the substitution of barriers to full citizen participation. The rising importance of money as the dominant factor in the political decision making process, is a direct result of the successful assault to remove previous restrictions on the right of Black and poor people to be a significant part of the national political conversation. In spite of the rumored openness of the American Political system, quiet and effective practices, being implemented as we speak, are successfully restricting effective public participation in American politics. The influence of money and the new restrictions and conditions for citizen participation are leading the nation back to an era which reminds one of the days of poll taxes, white primaries and literacy tests. 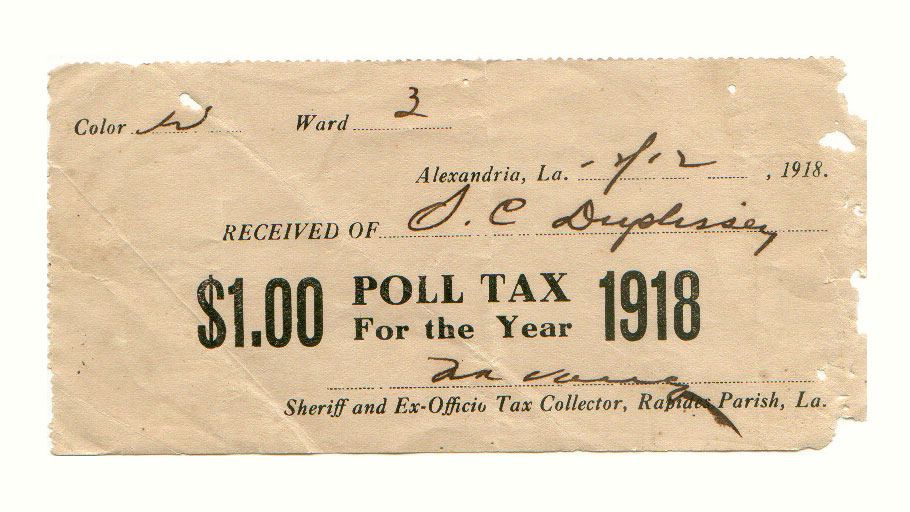 Much of what I have described herein has, in my opinion, turned too many Black political/elected officials into relatively empty and impotent political actors. Sadly, the policy benefits, that one should expect from efforts of Black elected officials has been precipitously dwindling over the years. We constantly hear that we have made a lot of progress, but we still have a long way to go – as if Black Politics was a game of musical chairs.

What has happened to Black Power, or Self Respect, when the US President’s Chief of Staff can publicly vilify and lie on a US Black Congresswoman or threaten a Black female staff member without encountering any consequences? What has happened when the President of the United States can: (a) insult the widow of an African American fallen solider; (b) call professional athletes who demonstrate against police brutality SOB’s and suggest that they should not be in the country; (c) call African and Caribbean Countries “S–t Hole countries” and suggest that they not be a part of the American immigrant profile; (d) insult the IQ and integrity of Black Leaders who make major investments in their communities, build public schools and serve as role models for millions of Americans and others; (e) Publicly and personally attack the reputation, integrity and intelligence of Congresswoman Maxine Waters, because she is critical of the operation of the executive branch of government; (f) call a Black woman a DOG, because he is no longer presumably in control of her destiny? This is the short list of offenses. How can it be that Black elected officials, who represent Black people, restrict their response to such aggressive insults, to the exercise of options, which suggest that this behavior is only another day at the office? 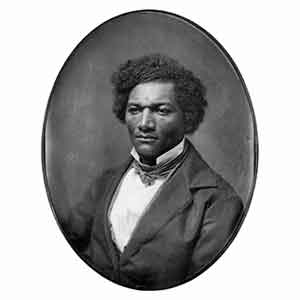 How can we as Black people become so patient with injustice? Have we no recollection of the recent past? Have we become so comfortable at the table until we cannot envision the return of earlier times? I will close with a quotation from Fredrick Douglas which will hopefully remind all Americans of our vulnerability. Fredrick Douglas said: “The life of the nation is secure, only while the nation is honest, truthful and virtuous”.

If Black leaders are to be patriots and honor the sacrifices and contributions of those who struggled to get us here, we must hear and honor the admonitions of those who framed that earlier struggle. Not enough change has taken place for us to substitute political convenience, or comfort, for their wisdom and the lessons of our collective history. Our failure to heed the warning signs, of the season in which we find ourselves, is a virtual guarantee that we too will go down with the ship.

Dr. William Small, Jr., is a retired educator and a former Chairman of the Board of Trustees at South Carolina State University