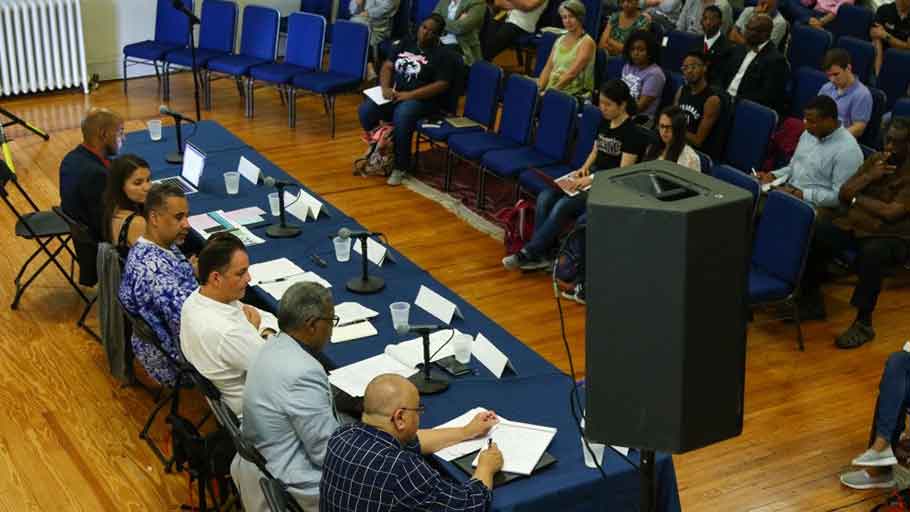 ‘Don’t want to let schools off the hook’: Considering reparations in higher education

You Are Here: Home » Blog » Reparations » ‘Don’t want to let schools off the hook’: Considering reparations in higher education

Photo by The Chronicle

By Deepti Agnihotri, The Chronicle —

For all African Americans whose enslaved ancestors never received their 40 acres and a mule, six professors agreed that the United States needs to pay up.

The department for African and African American Studies hosted its first town hall forum of the year titled “Reparations Now? Looking at Racial Wealth Inequality in a Time of Authoritarianism.” Panelists included professors of public policy, economics, law, and history.

Paying reparations to African Americans in an attempt to make amends for their ancestors’ suffering has been a topic of debate for over a century.

“I would prefer we not think of college as an individual redress, but also don’t want to let schools off the hook,” said Wahneema Lubiano, associate professor of African and African American studies.

When asked about reparations in higher education, some panelists said limiting the conversation to universities was not enough because the issue spans many realms and requires many people to work together.

“Rather than having individual institutions set up plaques or monuments or attempt to make redress for the descendants of the folks who were compelled to work on their campuses, really what they should do is form a consortium that recovers the key lobbying route for reparations for all African Americans,” said William “Sandy” Darity, panelist and Samuel DuBois Cook professor of public policy.

Malik Edwards, professor of law at North Carolina Central University, said the fact that universities are acknowledging that they have benefitted from slave labor is important. In recent years, Georgetown University announced that it would give preferential admissions to descendants of slaves that worked on Georgetown’s campus more than 100 years ago.

“You need to look at the exploitation that’s going on in universities currently. Look at folks who clean up, look at the folks who serve food, how have they found themselves in that position?” Edwards asked. “What opportunities are being created for African Americans in the current

Also See — Should there be reparations for African Americans? Scholars tackle the topic at Duke U. panel