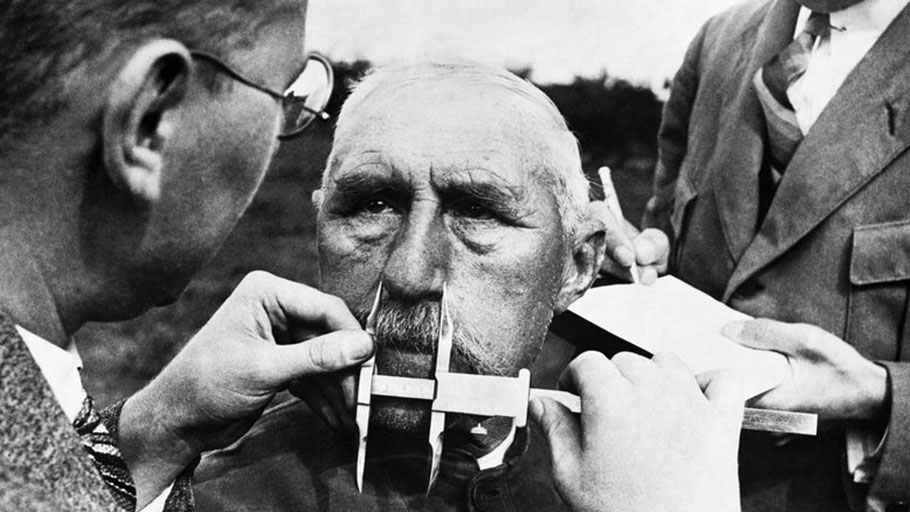 The Disturbing Resilience of Scientific Racism

You Are Here: Home » Blog » Editors' Choice » The Disturbing Resilience of Scientific Racism

Scientists, including those who study race, like to see themselves as objectively exploring the world, above the political fray. But such views of scientific neutrality are naive, as study findings, inevitably, are influenced by the biases of the people conducting the work.

The American sociologist W. E. B. Du Bois once wrote, “The problem of the twentieth century is the problem of the color line.” His words were borne out, in part, by science. It was the century when the scientifically backed enterprise of eugenics—improving the genetic quality of white, European races by removing people deemed inferior—gained massive popularity, with advocates on both sides of the Atlantic. It would take the Holocaust to show the world the logical endpoint of such horrific ideology, discrediting much race-based science and forcing eugenics’ most hardline adherents into the shadows.

The post-war era saw scientists on the right-wing fringe find ways to cloak their racist views in more palatable language and concepts. And as Angela Saini convincingly argues in her new book, Superior: The Return of Race Science, published May 21 by Beacon Press, the “problem of the color line” still survives today in 21st-century science.

In her thoroughly researched book, Saini, a London-based science journalist, provides clear explanations of racist concepts while diving into the history of race science, from archaeology and anthropology to biology and genetics. Her work involved poring through technical papers, reports and books, and interviewing numerous scientists across various fields, sometimes asking uncomfortable questions about their research.

“Mainstream scientists, geneticists and medical researchers still invoke race and use these categories in their work, even though we have been told for 70 years that they have no biological meaning, that they have only social meaning,” Saini says. 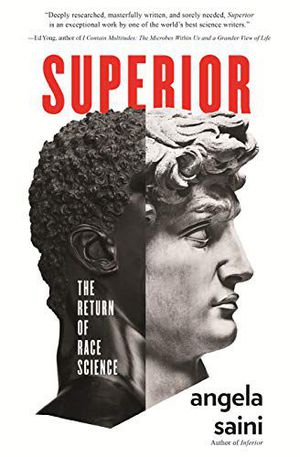 Superior tells the disturbing story of the persistent thread of belief in biological racial differences in the world of science.

After the horrors of the Nazi regime in WWII, the mainstream scientific world turned its back on eugenics and the study of racial difference. But a worldwide network of unrepentant eugenicists quietly founded journals and funded research, providing the kind of shoddy studies that were ultimately cited in Richard Hernstein’s and Charles Murray’s 1994 title, The Bell Curve, which purported to show differences in intelligence among races.

Scientific research has struggled with concepts of race for centuries, often proposing misleading or erroneous explanations of racial differences. Contentious debates among Europeans about the origins of modern humans began in the 19th century, and many of the continent’s leading scientists believed firmly that Europeans exemplified the most evolved and intelligent humans. Human fossils in Europe provided the first data points in the budding field of paleoanthropology, but the region was in reality just where European archaeologists happened to start looking. Fossils, as well as cave art, DNA samples and other evidence later uncovered around the world pointed to a more complex picture of human origins: Elements of modern humans emerged throughout Africa, and those people migrated east and then north and west in waves.

Rather than distinct races, groupings or borders, the continually mixing populations produced only gradients, with some traits slightly more common in some regions than others. Lighter skin color in northern climates emerged late; some Britons were shocked to learn that Cheddar Man, the remains of a man who lived in southwest England almost 10,000 years ago, would today have been considered black.

In the 1950s, geneticists began to confirm what some archaeologists had already surmised: “Individual variation within population groups, overlapping with other population groups, turned out to be so large that the boundaries of race made less and less sense,” Saini writes. The conclusion was that no “pure” races exist that are distinct from others. Despite this evidence, those eugenicists still practicing sought to prevent their supposedly superior race from being overrun by immigration, miscegenation and higher birth rates among other ethnicities.

While few people study or advocate for eugenics today, some scientists in the rapidly advancing field of genetics held onto related ideologies after World War II. They simply used different terms, Saini points out, as some continued with race-focused research while referring to “populations” and “human variation” rather than “races” and “racial differences.” Geneticist James Watson, for instance, a co-discoverer of DNA’s double helix structure, has frequently been the subject of withering criticism for voicing racist beliefs, including that differences on tests of intelligence have a racial component, and arguing that Indians are servile and that Chinese people have somehow become genetically conformist.

A handful of researchers with similar beliefs, including former Nazi scientist Otmar von Verschuer and British eugenicist Roger Pearson, had trouble getting their research published in reputable journals and formed their own journal in 1961. Mankind Quarterly became a platform for race science—a place to publish questionable research under the trappings of objective science. Intelligence, a more respected psychology journal that’s published by the major publishing company Elsevier, also occasionally included papers with pseudoscientific findings about intelligence differences between races. Until recently, that journal had two eugenics supporters, Gerhard Heisenberg and Richard Lynn, on its editorial board. But by the time Saini finished her book late last year, after interviewing the journal’s editor-in-chief, she saw that the pair had been removed from the journal’s list of board members.

“The extreme stuff poses a dilemma for legitimate scientists, since you can’t read every crank’s work and falsify it,” says Aaron Panofsky, a sociologist of science at UCLA and author of the book, Misbehaving Science: Controversy and the Development of Behavior Genetics. Researchers don’t want to endow these papers with more legitimacy than they deserve, but they don’t want to ignore them and risk fueling conspiracy theories, either.

While Mankind Quarterly has managed to hang on into the 21st century, “hard-core scientific racists are mostly old white men, and they’re not being reproduced in academia,” Panofsky says. Even so, plenty of racist, young white men continue to promote concepts of scientific racism, such as the participants in the 2017 Unite the Right rally in Charlottesville, Virginia—an event that even the scientific journal Nature felt the need to condemn.

Even more well-meaning epidemiological scientists nonetheless still use race as a crude proxy for myriad social and environmental factors. Saini cites an example of a 2017 study with statistical errors claiming that race and biology indicate that the airways of asthmatic black Americans become more inflamed than those of asthmatic white Americans. Black Americans do suffer more from asthma than whites do, but they’re also affected more by environmental hazards like air pollution from highways and factories as well as disparities in access to high-quality healthcare. These many forms of inequality and structural racism—which sociologists have documented for decades—were swept under the rug in favor of a race variable that led to findings that could be easily misinterpreted.

In another example, Saini describes the ill-fated 1990s Human Genome Diversity Project, which analyzed the genetic variations of small, remote populations referred to as “isolates,” including the Basques in Europe, the Kurds of eastern Turkey and Native American tribes. Indigenous rights activists, understandably sensitive to being exploited, resisted the project, surprising the naive scientists.

Time and time again, groupings by race, even if they don’t use the term “race,” can be dangerous and misleading to people looking for inherent biological differences. But Saini doesn’t think we can be “colorblind” or “post-race” in scientific research either. Scientists who claim to be so tend to have the same problem as the asthma study, ignoring racial inequalities all around that influence a study’s findings. Saini also explores the possibility of affirmative action policies, reparations or environmental justice advocacy, all intended to mitigate structural, historical and scientific racism.

Like many geneticists, Saini argues that since race is a social construct, it doesn’t belong in genetics research. Scientists in other fields have the freedom to study race, she writes, but with that freedom comes responsibility. They can’t afford to leave room for misinterpretation. Researchers using racial categories “should fully understand what they mean, be able to define them, and know their history,” Saini writes.

The rest of us, too, need to be aware of racial stereotypes, lest we fall prey to them. “That’s part of the reason that we’re fascinated by DNA ancestry testing,” Saini says. “The reason it matters to us is because we feel that these racial categories have some meaning, that they can tell us something about ourselves, and that’s just wrong. They can’t.”