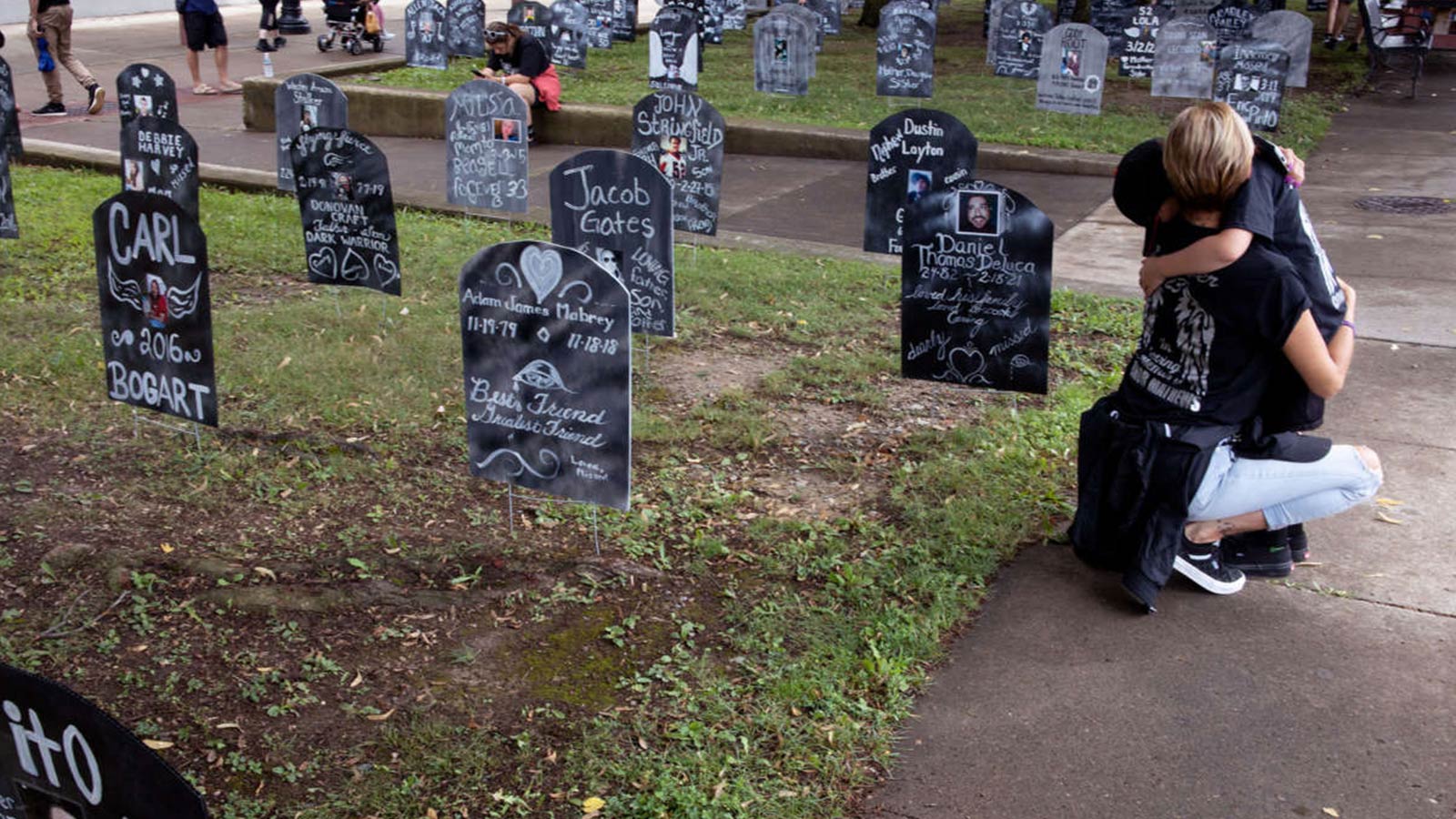 With more than a million lives lost in the United States in the two decades since the drug overdose crisis began and more than 103,500 in 2021 alone, some would have us believe that we are at a crossroads — where we either double down on prohibition or institute a purely profit-driven commercial infrastructure that treats drugs like other products.

But this thinking affirms a false binary between drug-related mass criminalization and a commercial free-for-all, when in fact, there are many more options available. We don’t have to sacrifice our communities to overdose and incarceration in the name of public safety.

We know prohibition is ineffective. It has led to the mass criminalization of primarily Black and Brown communities in the U.S. and fueled human rights atrocities, economic devastation and mass-scale violence abroad. Rather than decreasing overdoses, deaths have skyrocketed, driven in large part by a drug supply contaminated with fentanyl. Prohibition has also erected barriers throughout the very systems meant to help people, such as restricting access to housing, employment, cash assistance and food stamps.

It’s also fiscally irresponsible, with the Drug Enforcement Administration budget alone costing U.S. tax payers upwards of $3 billion a year and growing, and overdose now costing the U.S. economy more than $1 trillion a year, according to the government itself.

So, it makes sense that some are calling for the legal regulation of illicit drugs. But not all regulation is created equal, and the U.S. has a mixed track record on regulating substances effectively. Alcohol, tobacco, prescription drugs and, now marijuana, are each distinct case studies on the promises and perils of regulation from which we must learn.

To be sure, Big Pharma’s illegal and fraudulent marketing of prescription opioids is a cautionary tale, one that reminds us that profit over people is bound to result in harmful consequences. The Food and Drug Administration, which should have been a check against these harms, allowed pharmaceutical companies to make claims about reduced abuse potential, which proved to be false.

But in our collective quest to point the finger at a single villain, we’ve ignored the role of drug prohibition and criminalization in compounding and contributing to this crisis. Indeed, death rates skyrocketed when prescription opioids were restricted, and people turned to unregulated opioids in the illegal market, which was eventually saturated with fentanyl. Though, as long as fentanyl and other drugs remain illegal, people will never know with any certainty what they are taking or its potency. Many will also continue to use alone and in the shadows to avoid law enforcement contact, making them more likely to die of an overdose.

The failure of our government to safely regulate prescription opioids should force us to ask questions, but it should not deter us from pursuing other forms of legal regulation. There is a spectrum of what regulation can look like, including state-run systems; compassion clubs, which provide a safe, judgement free space where people can access drugs that have already been tested to ensure they are not contaminated with harmful adulterants; and nonprofits that provide access to a safer, regulated supply of drugs absent of commercial or profit incentive. No one is suggesting this will be easy, but it is time to confront our fears and have an honest conversation about options in the middle.

Examples we have seen in other countries, such as Switzerland and Canada, include heroin maintenance programs, which provide people dependent on opioids with pharmaceutical-grade heroin or hydromorphone. Decades of research support their efficacy. In Canada, a “Compassion Club Model” was approved by the city of Vancouver and piloted in 2020. According to the Canadian Drug Policy Coalition, two organizations, The Drug User Liberation Front and the Vancouver Area Network of Drug Users, “obtained street drugs (e.g., crack cocaine, heroin, and methamphetamine) from darknet (online) markets, tested the contents of the drugs, and returned the drugs to the street market in sealed packaging with clearly labeled contents. No deaths have occurred as a result.”

These examples can help us determine metrics for success in a regulated market. At a minimum, it should create a safer supply of drugs, eliminate contaminants and standardize ingredients and potency.

But better regulation models alone are not enough. Education has largely been missing because of an unrealistic and unwavering commitment to abstinence-only ideologies. This, along with an increasingly adulterated drug supply, has left people in the dark. With any regulation model, it is critical we couple it with evidence-based drug education, harm reduction and public awareness, so that people can better navigate the risks and keep themselves and others safe by understanding how drugs and addiction work.

In Baltimore, for example, Bmore POWER (Peers Offering Wellness Education and Resources) launched “Go Slow,” a public awareness campaign that could be seen in mass transit, online and on social media throughout the city, outlining six practical tips people could use to prevent overdose deaths, including: 1.) carry Naloxone, 2.) go slow, 3.) never use alone, 4.) if you must use alone, have someone check on you, 5.) talk to friends and family about what to do if you overdose and 6.) test for fentanyl. Equipping people with this understanding and these basic skills could go much further to prevent overdose deaths than a regulated supply alone.

There are even licensing models that have been proposed, similar to what we have seen with medicinal marijuana, that could go even further in ensuring people have access to a safer supply and the proper understanding and skills to moderate their drug use in a way that mitigates risk. These models would generally involve some sort of training and oversight in order for a customer to obtain a license to purchase drugs and could involve some sort of monitoring and connection or referral to the health care system.

Success — in any of these models — would also mean people are no longer criminalized for drug possession, and their drug use no longer prevents them from accessing the services and support they need to thrive. Further, success would mean U.S. interdiction efforts no longer dictate foreign policy at the expense of extensive economic and human rights tolls abroad.

But in order to achieve those goals, regulation must be coupled with infrastructure that includes health and harm reduction services, voluntary treatment, fact-based education and supportive services. Moreover, we firmly believe it must restrict, if not eliminate, commercial interests.

We don’t have all the answers, but we know it’s time to ask the hard questions.

The conversation about prohibiting and/or regulating drugs is not easy, but we owe it to ourselves to have it truthfully and rigorously, with people who use drugs at the table. We have made mistakes that have cost us as a society. We’ve buried our loved ones in caskets and alive in cages, we stepped over them while they were suffering on the street, and we’ve failed to invest in vulnerable communities. We lost our loved ones because of policy choices we made and because of conversations we were too afraid to start.

Kassandra Frederique is the executive director of the Drug Policy Alliance, a national nonprofit that works to end the war on drugs.