The Express Tribune: Reparations rather than aid

You Are Here: Home » Editors' Choice » The Express Tribune: Reparations rather than aid 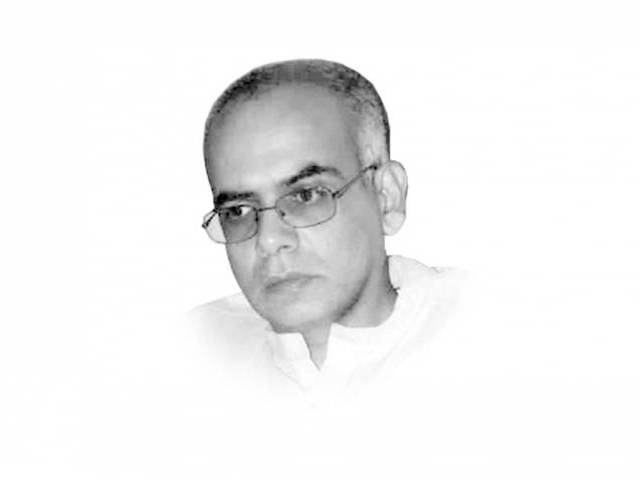 The writer holds a PhD from the University of Melbourne and is the author of Development, Poverty and Power in Pakistan, available from Routledge

Conspiracy theorists who are always finger-pointing at the West for all maladies afflicting the developing world can be readily brushed aside for presenting simplistic world views or failing to recognise domestic failings within countries, which have been declared independent sovereign states for several decades. However, it is equally unfair to ignore colonial legacy and the persistent negative implications of this damaging legacy, which continue to manifest themselves today in the form of glaring deprivations and disparities across most so-called developing countries.

Yet, the mainstream rhetoric of international development agencies hardly acknowledges the problem of colonialism, and instead seems to suggest that developing countries are poor because of their own internal problems, while Western countries are prosperous due to hard work and adherence to the right values and policies. This liner approach to development suggests that developing countries need to make more effort to catch up with developed countries, which can thus project themselves as providing generous support in the form of technical and financial aid to help poorer and less developed nations improve their lot.

History though has quite a different tale to tell. The European encounter with the developing world was hardly responsible for bringing civilisation to the as-yet uncivilised world. A UK-based anthropologist, in a recent article in The Guardian, has convincingly argued that Europe didn’t develop the colonies, and that it was the colonies instead, which developed Europe. Consider, for instance, how Europeans subjected indigenous populations from across their colonies to work in mines and on plantations. Europeans extracted an estimated 222 million hours of forced labour from African slaves between 1619 and 1865 alone. Valued at the current US minimum wage, with a modest rate of interest, that’s worth $97 trillion, which is more than the entire global GDP.

By the early 1800s, a total of 100 million kg of silver was extracted from South America and pumped into the European economy, providing a significant proportion of the capital for the industrial revolution. Colonial rule over India undermined traditional subsistence practices to make way for cash crops for export to Europe. Under British rule, up to 29 million Indians died of famine during the last few decades of the 19th century.

To transform India into a captive market for British goods, India’s impressive indigenous industries were destroyed. Before the British arrived, India commanded 27 per cent of the world economy, and by the time they left, India’s share had gone down to merely three per cent. A similar fate was in store for China after the Opium Wars, when Britain forced it to open its borders to British goods on unequal terms.

These snippets from historical research reveal the highly manipulative nature of colonialism. Subsequent scholarship by dependency theorists, or even post-colonial thinkers, argues that we still reside in an evolving economic system that has been designed over hundreds of years to enrich a small portion of humanity at the expense of the vast majority. Through this historical lens, the narrative and rhetoric employed by international development agencies seems rather superficial, if not outright ridiculous. Yet, acknowledging the colonial legacy could open up difficult questions about the need for reparations made to colonised countries to compensate them for centuries of subjugation and exploitation.

This reparations argument is based on the assertion that poverty in the global south is not a natural phenomenon, but has been actively created. Right now, over a dozen Caribbean nations are in the process of suing Britain for slavery reparations. What will become of this legal battle remains to be seen. It would be difficult to put a price on the suffering wrought by colonialism, and there is perhaps not enough money in the world to compensate for the damage it inflicted.

However, even paying a symbolic amount of reparations to the colonised world would at least help alter the existing perception of international aid being provided to poor developing countries as an act of magnanimity rather than an obligation of their former colonial rulers. Even more significantly, recognising the damage caused by colonialism may enable a rethink of ongoing colonial and imperial aspirations, repackaged as they are, in the form of structural economic reforms for developing countries, which align them into lower rungs of global production hierarchies, while compelling them to continue allocating a major proportion of their national incomes for servicing foreign debts.

What Cuba Can Teach Us About Food and Climate Change

What Cuba Can Teach Us About Food and Climate Change
We Need Your Support — Donate, Share, Sign-Up Ways to Support