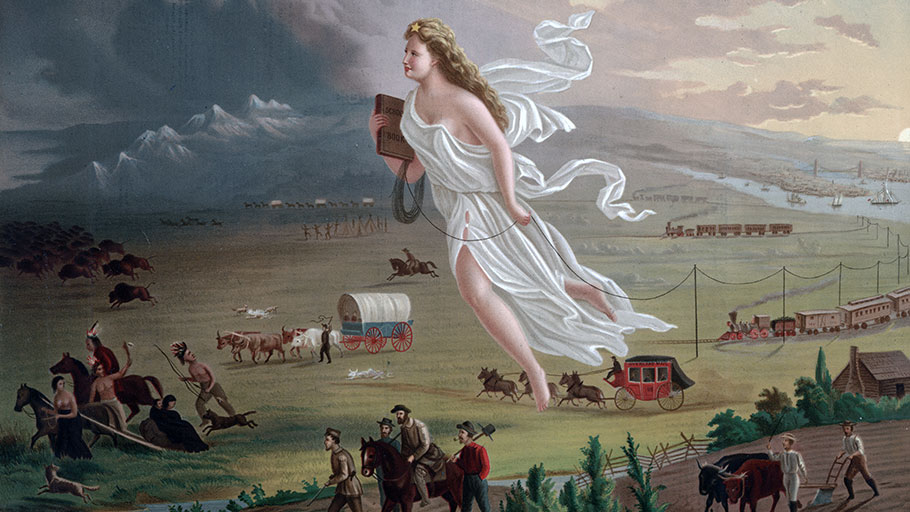 The Globalization of American Racial Exclusion

You Are Here: Home » Blog » Editors' Choice » The Globalization of American Racial Exclusion

In hindsight, historians of American immigration will be pressed to name the first two decades of the twenty-first century as one dominated by the systematic “racial exclusionism” of non-Europeans. It was in the United States that the modernization of racial difference perfected the models for global settler colonialism. America’s career and success in expropriating Native American land was globalized for latecomers like Germany in the scramble for colonies. Often overlooked, W. E. B. Du Bois’s prophetic statement on the impending crisis of the twentieth century as a domestic issue was also a global interpretation; which he likely developed after his return from a student-residency in 1890s Berlin. Though German society wowed him with its unexpected tolerance of a Black American, it also sharpened Du Bois’s intellectual insights into the shifting sites of transatlantic racism. It was in this same period that ethnic and racial conceptions of the nation began to dominate German nationalist consciousness. American racism, he later warned in his Souls of Black Folk (1903), provided the blueprint for understanding how racism’s staying power would inform the twentieth century’s conflicts into becoming “the problem of the color-line,—the relation of the darker to the lighter races of men in Asia and Africa, in America and the islands of the sea.” This American problem animated the racial imagination of German writers.

Young Adolf Hitler was among the infamous admirers of America’s career in “ethnic cleansing” and found much to be desired in the “cowboys versus Indians” voyeurism of the western genre. As James Q. Whitman notes in Hitler’s American Model, in Mein Kampf (1925), Hitler observed with praise how, in spite of the Fourteenth Amendment’s jus soli (right of soil) national citizenship principle, in practice America showed a favorable disposition towards jus sanguinis, citizenship by blood. This racialized conception of citizenship, deployed with the aim of “excluding certain races from naturalization,” was imported from late nineteenth century America to Imperial Prussia, remaining popular during and after German unification, and lasting through both the Weimar Republic and Nazi Germany. Much of Hitler’s youth and education was formalized in this period as he imbibed American exports of racist ideology through the “genocidal” aesthetics of German western classics, especially those written by novelist Karl May (1842-1912). A Rorschach test of German imperial identity, May remains among the country’s most famous novelists today. Not surprisingly, as a latecomer to colonialism the German reading public looked to American westerns as their manual for instruction. In the same manner the United States had learned, borrowed, and expanded English herrenvolkian ideologies, by the 1870s nationalists whetted their appetite for expansion with a call for “Germans to learn about the colonial skills from our Anglo-Saxon cousins and to begin a friendly competition with them.”

This European competition was prefaced by Jacksonian removal of Native Americans and the expansion of reservations, which reached its apotheosis in the Manifest Destiny movement of the 1840s and 1850s. Not surprisingly, the Berlin Conference of 1884-1885 ended in the “friendly” partitioning of African territories by Western European powers. By the twentieth century, a map of Africa looked more like an off-shore archipelago of European fiefdoms, much the same way the American West had been conquered and subdued by the U.S. after the Mexican-American War (1846-1848). In relative terms, Friedrich Fabri’s kultur mission, “That nation is the greatest in the world which colonizes most,” was the global triumph of John O’Sullivan’s Manifest Destiny. By O’Sullivan’s estimation, “The Anglo-Saxon foot is already on [Mexico’s] borders…the advance guard of the irresistible army of Anglo-Saxon emigration” will have dominion over Texas and California. Not long after these words were uttered, the Native American population of California was reduced from about 150,000 before 1849 to fewer than 30,000 by 1870.

Between 1875 and 1885, the German Empire was fully consolidated by Chancellor Otto von Bismarck. The protectorate of German Southwest Africa (GWSA, present-day Namibia), became the empire’s racial stage whereon the horrors of Germany’s domestic “ethnic drag” were rehearsed and partly perfected into the first documented modern genocide; the cruelty of which was to foreshadow the rise of Nazi eugenics and the Jewish Holocaust.1 In 1884, the German colonialist Carl Peters “expressed his view that the United States’ successful settlement of the continent should be an inspiration for Germany to colonize Africa.” The director of the colonial office in Berlin, Bernhard Derburg, used westward expansion as a reference point for Germany’s colonial exploits, noting that the U. S. not only succeeded, but was “the biggest colonial endeavor the world has ever known,” a process begun with the “complete extermination” of America’s native population.”2 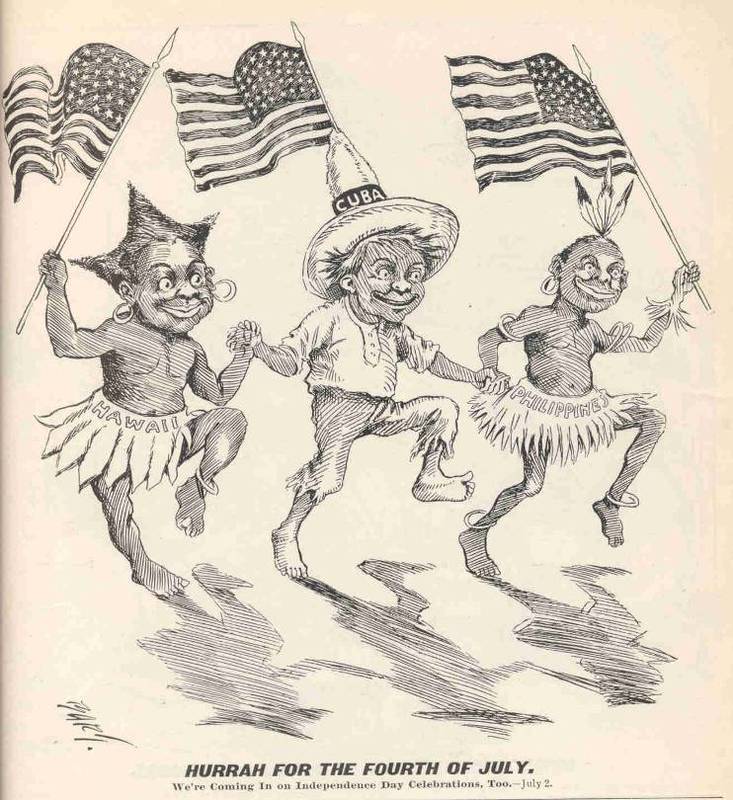 As early as 1928, Hitler’s deep reading of American history and literature offered the western frontiersmen as the Nazi model for how to deploy racist violence. White American settlers, he noted, “gunned down the millions of redskins to a few hundred thousand” to make space for the master class. It would appear then, a settler-colonial country such as the U. S. lent credibility to Adam Smith’s foresight in The Wealth of Nations (1776). European expansion into the territories of the Americas, Smith argued, had far reaching consequences for how rights would be distributed in the future:

“At the particular time when these discoveries were made, the superiority of force happened to be so great on the side of the Europeans, that they were enabled to commit with impunity every sort of injustice in those remote countries. Hereafter, perhaps, the natives of those countries may grow stronger, or those of Europe may grow weaker, and the inhabitants of all the different quarters of the world may arrive at that equality of courage and force which, by inspiring mutual fear, can alone overawe the injustice of independent nations into some sort of respect for the rights of one another.”

While the more sanguine aspect of his assertions is still an operating fact of history, his hopeful outlook was for naught. It did not follow that the European settlers of the North Atlantic world grew milder in their treatment of the “natives.” It was Robert Malthus’s 1803 edition of his Essay on the Principle of Population which was closer to the truth of the tragedy that befell the indigenous communities of North America. Malthusian analysis delivered a devastating critique which anticipated that white settlers would disastrously expropriate the land from Native Americans, which he feared “will be questioned in a moral view.” His grim prophecies, argue historians Alison Bashford and Joyce Chaplin, could be read as an early critique of the European colonial project. As recent events demonstrate, Trumpian immigration directives are the logical culmination of a long history whereby Euro-American settlers have seized the land to reinvent themselves as the natives. As Adam Smith suspected, we are today confronted with the exclusionist policies of an administration and a Congress populated by descendants of white settlers who continue to use their “superiority of force…to commit with impunity every sort of injustice” on the non-Europeans among them.