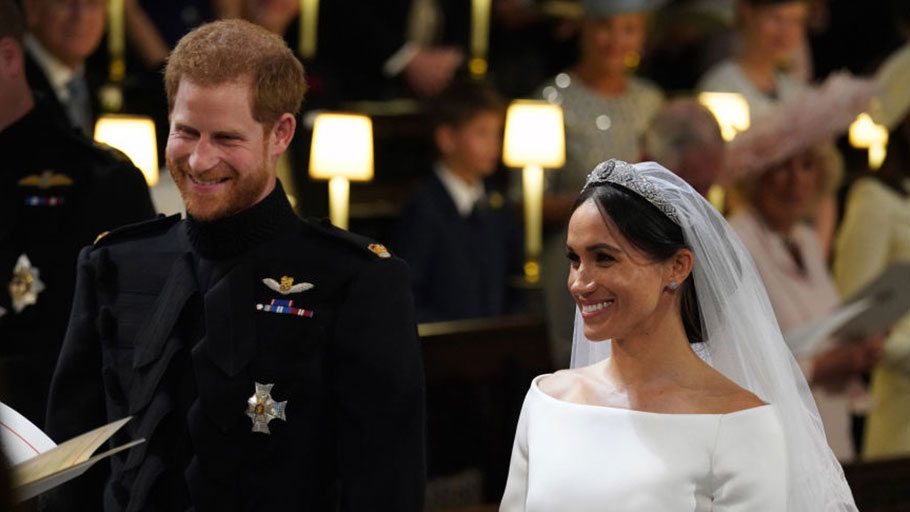 Meghan Markle’s wedding was a rousing celebration of blackness

You Are Here: Home » Blog » Commentaries/Opinions » Meghan Markle’s wedding was a rousing celebration of blackness

By allowing her wedding to be more than a pageant of tradition, Markle has started as I hope she means to go on.

By Afua Hirsch, The Guardian —

Sometimes Twitter is capable of poetry. In this case, I read it between the lines, on a sunny Saturday afternoon in Windsor, in the juxtaposition of two separate trending phrases. #RoyalWedding and #BlackExcellence are not unusual on their own. But to see the two together, in a combination that would once have been unthinkable, speaks volumes about what has just changed.

The setting is unlikely. The place – Windsor Castle – is the oldest inhabited castle in the world. The ritual – a wedding of the Queen’s grandson – is full of arcane and ancient British tradition: heraldry, knights of the garter, a choir that has been in continuous existence since the 13th century.Royal

But that is not what this royal wedding will be remembered for. When Oprah Winfrey entered the chapel at Windsor Castle, one TV anchor joked that for some people, it was the moment the real queen arrived. Winfrey’s attendance was a reminder that, between her and Meghan Markle, the bride whose wedding she had come to watch, perhaps the two most famous women in the world today are of African heritage.

Also present were Serena Williams, who was there with her husband Alexis Ohanian, and other black royalty, including Idris Elba, with his fiancee Sabrina Dhowre, and Gina Torres, Markle’s fellow actor in the TV series Suits.

At this royal wedding, talented black people were more than adornment. The sermon, delivered by the Episcopalian church leader the Rev Michael Curry, began with a quote from Martin Luther King Jr before enlightening the congregation on the wisdom of spirituals – traditional African American music rooted in the experience of slavery – and casting Jesus as a revolutionary. If there had been any doubts about what cultural experience Curry would bring to the service, they were swiftly and decisively answered.

And as the cameras took in the facial expressions of guests in the chapel, I couldn’t help but wonder how many of the British royal family and aristocracy in attendance had ever had an experience like this before, one in which they were showered, generously, in the particular emotion of the rousing, rumbling rhetoric of a powerful black pastor. Zara Phillips – much to the enjoyment of regular black churchgoers on social media – was visibly in a state of shock.

When you are new to this type of

“A black reverend preaching to British royalty about the resilience of faith during slavery, 10000000% not what I thought I was waking up for,” wrote a black Canadian journalist. “The royal wedding is good.”

Markle used her wedding to introduce her new peers to blackness. The teenage cellist Sheku Kanneh-Mason was framed by flowers as he revealed the depth of talent that made him the first black person to win BBC Young Musician of the Year award. The Kingdom gospel choir sang soul classic Stand By Me: a love song, yes, but one that first rose to fame in the midst of the civil rights movement, becoming a soundtrack to protest and unity in the face of racial injustice.

For people used to being part of the majority, these may be symbols they don’t easily see. But for those who relate to Markle’s situation – a person of colour entering perhaps the whitest and most exclusive of spaces in the world, the British royal family – they speak to an everyday sense of being the first, of bringing a heritage that changes the atmosphere, of having to decide whether to downplay it or wear it with pride.

Markle’s choice was clear, and people responded. The wedding has transformed Windsor itself – a town only 20 miles from London but which, in its lack of visible diversity, can feel culturally thousands of kilometres away – that is suddenly full of people of colour. The day before the wedding, I saw African American women dressed in white lace dresses, some wearing tiaras, others wearing Meghan Markle masks. For all the talk about whether Markle is really black, for all the critique of her being “white-passing” or ambivalent about her black heritage, there are certainly black women in America who feel one of their own has entered British royalty.

Since Markle’s father could not be there, commentators were speculating that, by arranging for Prince Charles to accompany her towards the altar, the royal family were making a statement of their acceptance of the newest family member. I like to see it differently. By choosing Prince Charles, Markle was making a statement that she embraces them. For a woman of her background, this is not an easy thing to do. Not everyone feels it’s a step forward. But at least by allowing her wedding to be not just a pageant of tradition, but also a celebration of blackness, she’s started as I hope she means to go on.