The Greatest White Privilege Is Life Itself

You Are Here: Home » Editors' Choice » The Greatest White Privilege Is Life Itself 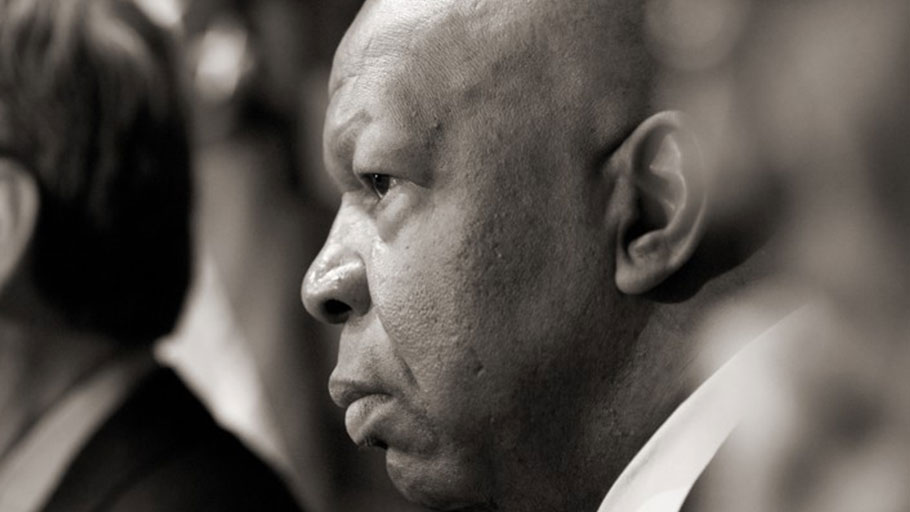 Like so many other black men in America, Elijah Cummings died too young.

I had a 30-minute ride to the train station. I nestled into my seat, opened my phone, and saw that Representative Elijah Cummings had passed away.

I gasped and covered my mouth. The driver peeked at me in his rear-view mirror. He saw me shaking my head and whispering what many Americans whispered last Thursday: He was only 68.

My mind turned to my father, whom I had just left at a hotel in Princeton, New Jersey. Dread burned in my chest. To get my mind off my father’s mortality, I started reading obituaries for Cummings, who will lie in state today at the U.S. Capitol. The more I learned about the gentleman who would not yield, the more my chest burned for his family, for my family—for all the black families worrying about the mortality of their loved ones, for the black families burying their loved ones this week in caskets made from tears of They had so much more to give.

My father, God willing, will turn 72 in May, which is the average life span for black men in the United States. Black men have the nation’s lowest life expectancy, four years less than white men, seven years less than black women, nine years less than white women. It was no aberration for Cummings to die at 68 after a series of health problems. It was no hyperbole when, 25 years ago, a Brooklyn rapper nicknamed the Notorious B.I.G. titled his debut studio album Ready to Die. It is also no accident that black women are three to four times more likely to die during pregnancy than white women. Despite the mortality gap narrowing in recent decades, black life remains unexpected.

White privileges are the relative advantages racism affords to people identified as white, whether white people recognize them or deny them. To be white is to be afforded one’s individuality. Afforded the presumption of innocence. Afforded the assumption of intelligence. Afforded empathy when crying or raging. Afforded disproportionate amounts of policy-making power. Afforded opportunity from a white network. Afforded wealth-building homes and resource-rich schools. Afforded the ability to vote quickly and easily.

As I mourned my way to the train station, I was not thinking about white privileges, though. Black death subsumed me, from the Cummings family, to Atatiana Jefferson’s family, to my own. Perhaps we should think less about what racism affords people and more about what it deprives them of?

But there may be no more consequential black deprivation than life itself.

The night before I learned of Cummings’s death, I hung out with Dad, just the two of us, for the first time in a long time. Dad and a family friend had come to my speaking event at Princeton University. When I talked with Ma about his visit days prior, she happily expressed how consistently he had been walking, how he was planning to return to his personal trainer at the month’s end. “You know,” she said for probably the fifth time, “that personal trainer saved his life.” Like many other black families, we were not expecting Dad to live.

White people are “dying of whiteness,” to use Jonathan Metzl’s term. Whiteness is concurrently a privilege and a deprivation. Racist whites are supporting Republican policies that are harming white Americans at growing rates, from loosening gun laws to protect against people of color, which are leading to white male gun-related suicides; to rebuffing life-saving and fortune-saving Affordable Care Act provisions in Republican states, so that nonwhites can’t get access. “White America’s investment,” Metzl explained, “in maintaining an imagined place atop a racial hierarchy harms the aggregate well-being of U.S. whites as a demographic group, thereby making whiteness itself a negative health indicator.” If white supremacy is a mass shooter, then it is killing us all.

In early 2018, Dad started working out with Kelvin, a personal trainer. Dad felt obligated when we told him we’d already paid for months of sessions as a Christmas gift. In Princeton, the other night, Dad was as healthy as he had been in a long while, as was our relationship. When his health woes swelled in his late 50s, I started urging him to eat healthier and exercise regularly. When he was diagnosed with prostate cancer a decade ago, after my tears dried up, I promised myself that if he survived, then I would push more forcefully. He survived. I pushed harder. He resisted harder. Chronic conditions surfaced.

“Despite men having agency to engage in healthy behavior, all men do not have equal opportunities to make healthy choices,” a team of authors wrote in a recent examination of trends in black men’s health. All men (and women) do not have equal opportunities to eat healthy. Even when controlling for poverty, black and Latino neighborhoods are more likely than white neighborhoods to be in food deserts, where supermarkets and farmers’ markets with affordable, healthy food are hard to find, and where cheap and unhealthy food is easy to find.

All people do not have the same amount of free time to exercise and maintain social relationships, which are crucial in keeping away stress and ailments. Black people suffer a “time penalty,” as one research team termed it.

All people do not trust medical providers equally. Black men report higher levels of “medical mistrust” than white men. Black men also, in some cases, perceive more racist experiences with medical providers than nonblack men. Is all of this medical mistrust and racism causing black men to delay preventative care and avoid routine visits? Black men, no matter their income group, are 50 percent less likely than white men to have been in contact with physicians in the past year, even when they have health insurance. But black men are 75 percent less likely to have health insurance than white men.

Some black men stand outside these averages. Dad’s medical mistrust did not stop him from wearing out walkways to preventative care, to nurses and doctors when something ached, carrying his worn health-insurance card.

Indeed, black men aren’t killing themselves. Racism is killing black men. “Racism literally makes people old,” explained the epidemiologist David H. Chae. His team of researchers has found that middle-aged black men who have experienced the “social toxins” of racism have shorter telomeres, the DNA sequences at the end of chromosomes that geneticists consider to be biomarkers of aging because they shorten over a lifetime. And one study shows that men reporting everyday racism more frequently are also less likely to access preventative care.

Toxic masculinity, like toxic racism, also prematurely kills men of all races, whenever we think it is unmanly to seek preventative care, unmanly to eat plant-based food, unmanly to admit we are stressed, unmanly to express we are hurting, unmanly to see a doctor—manly to take the pain and die like a man. Black men who have or who are pressured to have a traditional masculine role of provider may be experiencing more stress-related health issues, because they are more likely than white men to face problems in the job market. Now that I think about it, Dad’s health deteriorated when he was stressed from mistreatment on the job. So stressed, he resigned. He retired from his job but could not retire from racism.

But I did not see racism as the problem. I looked down on him for retiring early, for not exercising regularly, for being unhealthy. I imagined myself as an extraordinarily healthy black man, because I swatted away racist mistreatment, because I exercised regularly, because I gave up pork and beef, and then chicken and turkey, and then seafood and dairy, and became a vegan. I thought I would live long because of my everyday choices. I feared Dad might die early because of his everyday choices. That black men were dying early because of their everyday choices. Then I was diagnosed with Stage 4 colon cancer, which stripped me naked in hospital rooms, which humbled me about life and death.

I hate myself now for making a difficult situation worse for Dad. I hate myself now for depriving Dad of his individuality. I saw him not as himself. I saw him as a representative of elderly black men who were dying at higher rates than black women, than nonblack people, because of what they—because of what he—refused to do. Because of their—his—laziness, stubbornness, toxic masculinity, and lack of discipline. I was not speaking with Dad, who used preventative care more than his peers, more than Ma, and who dramatically changed his diet, but with this stereotypical black man I despised. No wonder I failed to get him to exercise.

When I stopped looking at him through the prism of racist ideas, when I handed him back his individuality, it became obvious who, or what, could encourage him to exercise regularly. An older, black male personal trainer whom my extroverted Dad could relate to, whom he could jokingly complain with about the hard exercises, whom he could develop a friendship with. Kelvin fit that bill.

That would leave us free of toxic racism and toxic masculinity, free to be healthy. Racism would no longer deprive us of life itself.

This article was originally published in The Atlantic.

Ibram X. Kendi is a contributing writer at The Atlantic and a professor and the director of The Antiracist Research and Policy Center at American University. He is the National Book Award–winning author of Stamped from the Beginning: The Definitive History of Racist Ideas in America and the forthcoming How to Be an Antiracist.