‘Vintage white rage’: Why the riots were about the perceived loss of white power

You Are Here: Home » Editors' Choice » ‘Vintage white rage’: Why the riots were about the perceived loss of white power 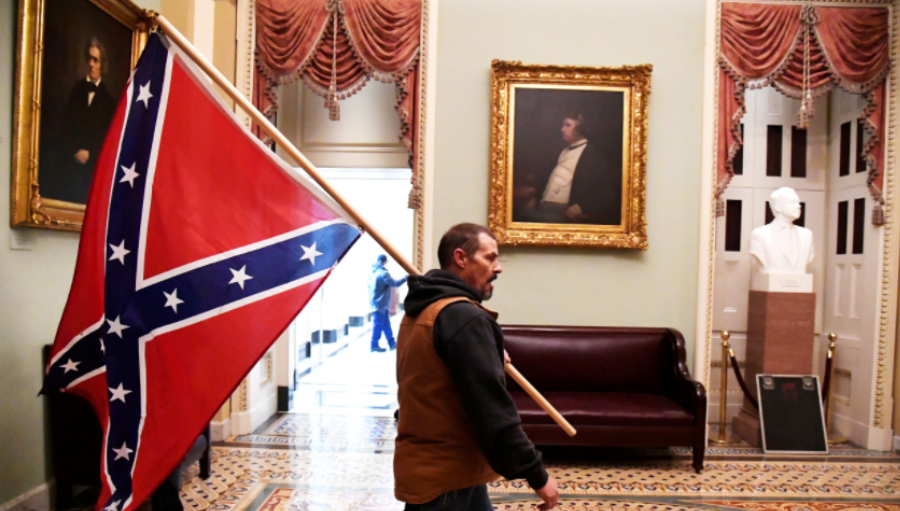 A far-right, pro-Trump mob stormed the U.S. Capitol with Confederate flags and weapons in an attempt to stop members of Congress

The response by both law enforcement and political leaders is still being parsed out, but activists and scholars say there is a deeper, underlying issue that must be considered: Violent expressions of white power are the norm when white anger and resentment rooted in racism exists.

from counting Electoral College votes on Wednesday. Senators and representatives ran for cover, remaining on lockdown until the extremists left.

“What we’re seeing is vintage white rage,” says Carol Anderson, an Emory University professor and the author of “White Rage: The Unspoken Truth of Our Racial Divide.”

In “White Rage,” Anderson highlights the ways that white violence is carried out subtly through legislation and oppressive policies. And others say Wednesday’s display is a clear picture of how common visible white violence is in the face of the social advancement of nonwhite people.

“It’s entirely about the perceived loss of the power of whiteness,” said Bree Newsome Bass, the human rights activists known for taking down a Confederate flag at the South Carolina Statehouse in 2015. “People feel like they are losing something if whiteness no longer carries privilege and power. If there’s racial equality, they feel like they have been denied what the country was supposed to be.”

“Part of why Trump inspires this cult-like loyalty is because he embodies that grievance,” Newsome Bass added. “When he says ‘I have been robbed,’ he is speaking for the white supremacist cause. When there’s a perception that the power of whiteness is being lost, the act of violence is what reinforces and reassures it.”

The rioters had been urged by the president to march to the Capitol to share their disapproval and “fight much harder,” as he falsely proclaimed that the presidency was being taken from him. Soon after, rally attendees climbed the Capitol building and broke in, vandalizing offices and forcing members of Congress, of the media, staff and others into hiding.

“The lie of voter fraud says that ‘we are being victimized by those people in the city who are trying to steal our democracy,’” Anderson said. “When they’re storming Congress, they’re seeing themselves as the victim because that’s the narrative that’s been crafted for them.”

The riot followed weeks of other actions by far-right Trump supporters after Joe Biden was declared the winner of the election over Trump. In December, the Proud Boys, a far-right, all-male self-described group of “Western chauvinists,” vandalized churches in D.C. during a pro-Trump rally. The Lawyer’s Committee for Civil Rights Under Law has since filed a lawsuit against the group on behalf of the vandalized Metropolitan African Methodist Episcopal Church.

But activists and leaders say the current far-right chaos has been brewing for years. Experts have cited Barack Obama’s historic presidency as a major moment in igniting the mainstreaming of white nationalism. But Anderson said the current rise can be traced back even further to George W. Bush’s administration.

“Some policies of voter suppression are based on the lie of voter fraud. This is the mess they started ginning up after the 2000 election. And we saw Trump take hold of this,” Anderson says.

“Whiteness is a political power dynamic. Events like yesterday serve to remind everyone of the rules of race. I’m part of a chorus of people who have been sounding the alarm for a while now. It even goes back to the Bush administration. There is a long-standing history of ritual violence that reinforces the racial dynamic.”

Now, as the nation is left reeling from the chaos, many say a test for the nation’s leaders will be how they respond and talk about the insurrection.

“Over time we will see these people humanized and described in a way that takes away from the fact that this is such a historic, violent moment in the U.S. Capitol that hasn’t happened in any of our lifetimes,” said Dana White, a D.C.-area speaker and facilitator on race and LGBTQ issues. “I think a lot of the emphasis will be placed on Trump inciting this overzealous behavior in people.”

Trumpism Will Live On After Trump Leaves White House

Trumpism Will Live On After Trump Leaves White House
We Need Your Support — Donate, Share, Sign-Up Ways to Support