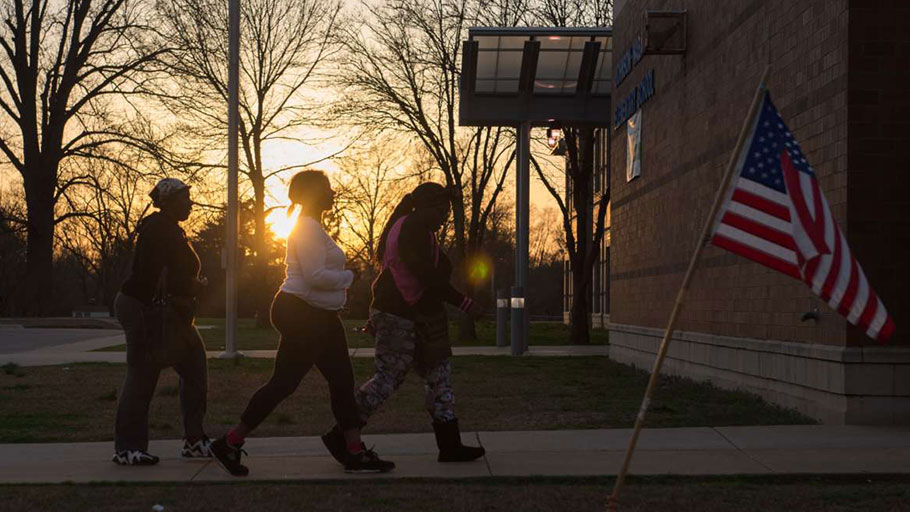 You Are Here: Home » Blog » Editors' Choice » Voter Suppression Exposes the Paradox of Black Citizenship in a Racist Society

Black citizenship has always been up for debate in the United States. The conditions in which Black people live — or survive — are a testament to this. Whether rich or poor, Black people live under the constant threat of state violence. There is no escape from it, and any Black person can fall victim to it. For many, citizenship can feel like a saving grace, despite continually being subject to constant threats. But the category of citizenship itself is a contradiction when we take Black people’s past and present circumstances into consideration. The state invalidates Black citizenship through violence in many ways. One specific way the state reveals this paradox is through voter suppression.

For Black America, gaining the right to vote has never been a complete event. Black suffrage following “emancipation” from slavery never completely materialized, despite constitutional amendments and reforms guaranteeing Black men, and later Black women, the right to vote. The Voting Rights Act of 1965 is seen as a momentous turning point for Black people and while its impact should not be lost on us, our rights have been under attack ever since. Not to mention, following that legislation, many more reforms have had to be implemented to continue trying to uphold Black people’s supposed right to vote. A “right” that requires consistent protection through reform begins to feel like a farce — especially when, despite those reforms, exercising that right remains a constant struggle.

More clarity on the matter comes when we fully take the history of Black citizenship into account. The Dred Scott case is one of many examples from the past that still has real life implications today. Scott was an enslaved man who sued for his freedom in 1847 and lost. That infamous decision stated that Black people were not and could not be citizens. A key takeaway here is that since Scott was not a citizen, he didn’t have the right to sue, and he didn’t have the right to be free. The ruling stated that Black people “were not intended to be included, under the word ‘citizens’ in the Constitution.” It’s hard to argue that’s not still the case now.

Voting is supposed to be the right of a citizen and is widely accepted as a human right throughout the world. But for Black people, being designated either citizen or human has never been a guarantee. Therefore, by extension, Black people can gather that efforts to suppress the Black vote are much deeper than partisan politics. Voter suppression is a modern-day reminder that Black people have still not been granted full citizenship. Black voters are especially susceptible to being “purged,” a process of removal where names can be removed from voter rolls due to ineligibility. Black voters are purged at higher rates now than they were a decade ago and it’s no accident. Furthermore, rates of Black voters being removed from voter rolls are higher in places that were subject to federal oversight. To make matters even worse, oversight itself is weaker due to the fact that the 2013 Supreme Court case Shelby County v. Holder struck down a key part of the Voting Rights Act of 1965. While it’s certain this did damage to Black voting ability, that certainty is shadowed by the precariousness that’s all Black residents of the United States have ever known.

One of the most flagrant examples of this in modern times was the 2018 defeat of Stacey Abrams, who nearly became Georgia’s governor. Had she won, she would have been the first Black woman to win a governor’s race anywhere in the nation. However, she lost due to what some experts describe as “the largest mass disenfranchisement in U.S. history.” Hundreds of thousands were purged and voting machines were locked up creating unnecessary lines at Black polling places. A 2018 study also found this was a trend, in which Black voters were waiting longer on average than white voters.

The problem is much more insidious than reformers would have people think. If reform itself were working, the cases above would not be so easily executable by the most blatantly staunch opponents of Black voters. The reason that these things can happen is because at the very foundation of the country itself is the racist notion that Black people are incapable of citizenship. Though many people are upset by racist voter suppression efforts, few are truly surprised; they are simply different manifestations of a long-running status quo.

At the national level, the Electoral College originally only counted Black people as three-fifths of a person for elections’ sake. The Black vote is now disregarded in other ways by this voting system that allows presidents to be elected despite not securing the popular vote. We often hear criticisms of Black people themselves, exhorting more voter participation in the Black community – but this misses the point. Black people could participate fully and that wouldn’t change the fact that an anti-Black system renders us neither human, nor citizen. We’re not going to vote our way into either category, either; voter suppression is actually a manifestation of our reality.

Anyone that suggests that “America wasn’t a democracy until Black Americans made it one,” neglects the fact that this is no democracy. The experience of Black people in the United States is one marked by the death and destruction wrought by racism, and we cannot escape that through the system that perpetuates it. We also won’t escape it through patriotism or nationalist sentiments that suggest Black people are forcing the United States to live up to its foundation. As pointed out by theorist Sylvia Wynter, those very ideals require the exclusion of Black people to situate who is and who is not a human, or a citizen for that matter, today.

The solution is clear: The abolition of racial capitalism and white supremacy is the only way out. Though voting can be useful in achieving incremental changes, it is not a requirement and is not a route to ultimate liberation. Only through the death of the oppression that kills us can we find new life.