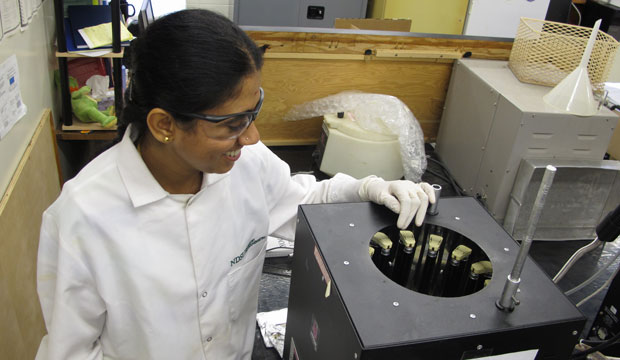 Research shows that more-homogeneous companies are more prone to misguided groupthink, are less creative, and tend to be less profitable. In the words of Larisa Ruoff, who represents a socially responsible investment firm, “We live in an increasingly complex global marketplace, and the companies that can hire, attract and retain women and people of color are better equipped to capitalize on global opportunities and avoid missteps that may not be apparent to a more homogeneous group.”

Although more and more research shows that diversity is good for business, workforce statistics released by Silicon Valley technology companies show a startling lack of diversity. For example, Latinos and African Americans combined make up less than 5 percent of the tech workers at Google, Facebook, Twitter, LinkedIn, Yahoo, and eBay. There is good reason to believe that women of color are even scarcer since both women and people of color are underrepresented in the new technology firms. One reporter dubbed a black female software engineer in Silicon Valley a “super-minority” because black females are such a rare finds.

While Silicon Valley deserves special attention because of the importance of new technology companies to the economy and to Americans’ day-to-day social lives, it would be a mistake to see the problem as limited to Silicon Valley. National statistics show higher unemployment rates for people of color with science, technology, engineering, and math, or STEM, degrees than their white counterparts. Among young, recent college graduates with a bachelor’s degree in computer science or mathematics, the white unemployment rate is 5.2 percent, lower than the Asian American rate of 7.7 percent, the Hispanic rate of 9.2 percent, and the African American rate of 10 percent. (see Figure 1) A similar pattern exists among those with degrees in engineering and the biological and physical sciences. For all of these fields combined, the Latino and Asian American unemployment rates are 1.6 times the white rate; the black rate is 1.9 times the white rate. This pattern suggests a white advantage in STEM fields.

Hiring is only the first step to equal opportunity in employment. Retaining and promoting employees is also essential. Erica Joy Baker has written poignantly about her feelings of isolation and alienation as a black woman working for more than 13 years in the tech industry. To be “one of the guys,” she had to put up with racist and sexist jokes, play violent video games in which she had no interest, play paintball despite her nightmares about being shot, and go to beer taverns even though she does not drink beer. Baker has an amazing level of fortitude, but she has suffered physically and psychologically by staying in her field. Many other women have left STEM occupations because they find the work environment to be hostile to women.

STEM employers can do better

While Silicon Valley technology companies have created the so-called new economy, they seem to have continued the discriminatory employment practices of the old economy. While many leading Silicon Valley companies employ low numbers of Latinos and African Americans, there are those that show it is possible to do better. For example, 13 percent of Apple’s tech workers are Latino or African American. This is considerably higher than the 4 percent of many of its peer companies. Intel has set concrete goals to increase the diversity of its workforce by 2020, and it has allocated $300 million to achieve these ends.

Ultimately, whether new technology companies break with the old patterns of exclusion will depend on the actions of the public. Ordinary Americans can vote with their dollars as consumers and put pressure on elected officials to ensure that anti-discrimination policies are enforced. At a time when STEM employment is increasingly important to the American economy, America’s old prejudices should not be allowed to hamper the nation’s future.

Algernon Austin is the former director of the Program on Race, Ethnicity, and the Economy at the Economic Policy Institute. He is currently working on a book on the so-called “Obama haters.”

14 African Countries Forced by France to Pay Colonial Tax For the Benefits of Slavery and Colonization
We Need Your Support — Donate, Share, Sign-Up Ways to Support