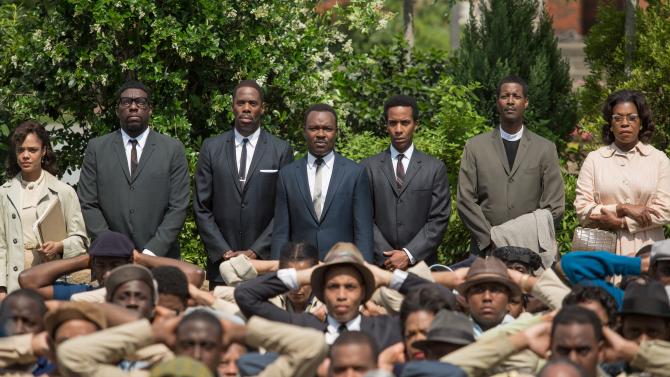 By: Stephen A. Crockett Jr.

Academy Award nominations were announced Thursday morning and noticeably absent from almost every major category was the civil rights biopic Selma, which tells the story of Martin Luther King Jr.’s march from Selma to Montgomery, Ala. for equal voting rights.

It has been adored by movie critics and moviegoers alike; not to mention the grassroots movement to make the movie free to students, but over the past weeks as award season has rolled around, many have been left to wonder how such an impactful movie in a heightened racial climate could be snubbed.

Selma received just two nominations for Oscars, scoring one in the best picture category and another in best song for Common and John Legend’s Glory, which recently won a Golden Globe.

Two?! Ava DuVernay, who seemingly had a real chance to become the first black woman director to get an Oscar nomination, failed to get a nod as did actor David Oyelowo, whose performance as civil rights icon Martin Luther King Jr., has earned praise from all corners.

Two. That’s it, for a movie whose social message couldn’t have been more relevant in a post-Ferguson, #BlackLivesMatter push for social change then if it were preordained by a minister.

“The real problem many critics have with this film is that it’s too black and too strong,” Peniel Joseph, a history professor at Tufts University, wrote in an op-ed for NPR. “Selma is unapologetic in depicting the movement as one that was primarily led by black women and men.”

Some have argued that Selma discredits the role that president Lyndon Johnson played in the civil rights movement while others have argued that this re-telling of Johnson as a savior is merely a whitewashing of historical fact.

“Our popular reimagining of the civil rights movement is that it’s something we all did together and the battle is over; that’s just not true,” Joseph added.

Time magazine posits a few other theories most notably that the movie did not send out screeners in time for judges to include the movie in nominations.

“The explanation that has emerged most frequently for Selma’s lack of nods in recent weeks is the production team’s failure to send screeners to the guild voters,” Time reports.

No matter the explanation the reality remains, DuVernay and Oyelowo   were robbed. In retelling the story of a fight for justice a great injustice has been done to them and I hope we all see the picture clearly.