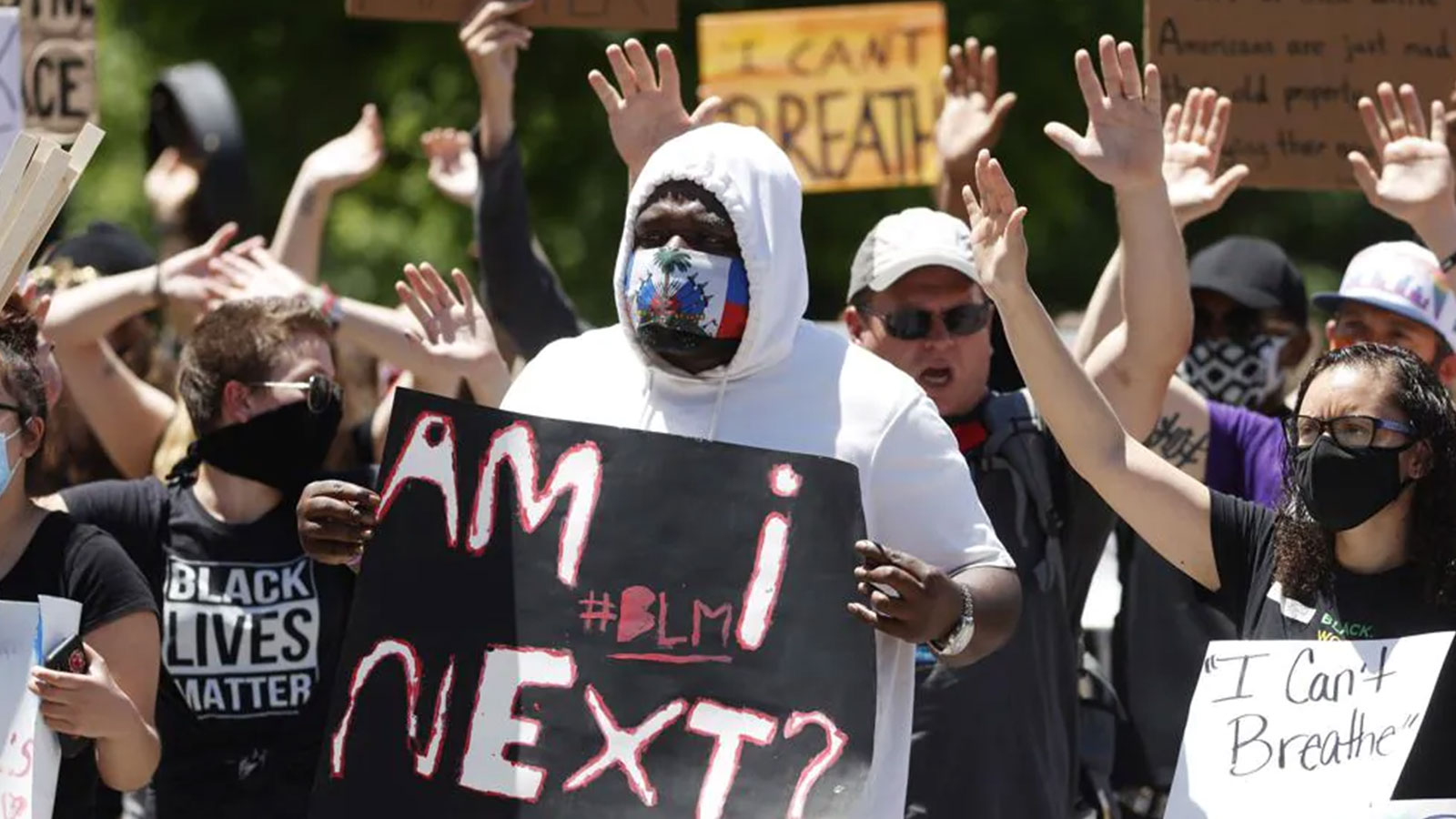 $14M jury award for protesters could resonate around US

You Are Here: Home » Blog » News & Current Affairs » $14M jury award for protesters could resonate around US

The jury found police used excessive force against protesters, violating their constitutional rights, and ordered the city of Denver to pay 12 who sued.

A federal jury’s $14 million award to Denver protesters hit with pepper balls and a bag filled with lead during 2020 demonstrations over the police killing of George Floyd in Minneapolis could resonate nationwide as courts weigh more than two dozen similar lawsuits.

The jury found police used excessive force against protesters, violating their constitutional rights, and ordered the city of Denver to pay 12 who sued.

Nationwide, there are at least 29 pending lawsuits challenging law enforcement use of force during the 2020 protests, according to a search of the University of Michigan’s Civil Rights Litigation Clearinghouse.

The verdict in Denver could give cities an incentive to settle similar cases rather than risk going to trial and losing, said Michael J. Steinberg, a professor at the University of Michigan Law School and director of the Civil Rights Litigation Initiative. It could also prompt more protesters to sue over their treatment at the hands of police.

“There’s no doubt that the large jury verdict in Denver will influence the outcome of pending police misconduct cases brought by Black Lives Matter protesters across the country,” said Steinberg, whose law students have been working on a similar lawsuit brought by protesters in Detroit.

Lawyers for the claimants argued that police used indiscriminate force against the nonviolent protesters, including some who were filming the demonstrations, because officers did not like their message critical of law enforcement.

“To the protest of police violence they responded with brutality,” one of their attorneys, Timothy Macdonald, told jurors.

People who took part in the protests have already made similar allegations in lawsuits filed across the country.

In Washington, DC, activists and civil liberties groups sued over the forcible removal of protesters before then-President Donald Trump walked to a church near the White House for a photo op. The claims against federal officials were dismissed last year but a judge allowed the case against local police to continue.

In Rochester, New York, people who protested the death of Daniel Prude, a Black man who lost consciousness after being pinned to the street by officers during a mental health call in 2020, claim police used extreme force against them in a lawsuit that also alleges city officials have allowed a culture of police brutality against racial minorities to fester.

One of their attorneys, Donald Thompson, said he plans to raise the Denver award in settlement talks with the city and note that unlike most of the Denver protesters, some of his clients suffered lasting injuries including the loss of an eye and scarring from being hit in the face with a tear gas canister. Thompson also thinks the Denver verdict shows that the public, in the age of cellphone and body camera videos, is not as willing to give police the benefit of the doubt anymore.

“Now people see how this policing really works. You can’t be naïve,” he said.

A spokesperson for Rochester, Barbara Pierce, declined to comment, saying the best forum to discuss its legal position was through the litigation process. When the case was filed, the city said it had already revised the way police responds to protests.

Over the last two months, the city of Austin, Texas has agreed to pay a total of $13 million to four people who were hit in the head with bean bag rounds fired by police.

Even before the Denver ruling last week, the police department made some changes in response to criticism that arose from the protests, including eliminating the use of 40mm foam rounds for crowd control and changing the way officers are permitted to use pepper balls.

Denver’s Department of Public Safety, which includes the police department, said in a statement that the city was not prepared for the level of sustained violence and destruction. During the trial, lawyers and witnesses said over 80 officers were injured as some in the crowds hurled rocks, water bottles and canned food at them.

The department said it continues to evaluate its policies to “better protect peaceful protestors while addressing those who are only there to engage in violence.”

Still, the large award is not expected to lead to an overhaul of how officers respond to what experts say are inherently chaotic situations that are difficult to prepare for.

Ed Obayashi, a use-of-force consultant to law enforcement agencies and a deputy sheriff and legal adviser in Plumas County, California, said society may have to bear the cost of such settlements because innocent people can be injured during protests as outnumbered police try to react on the fly, including to people intent on violence.

“It really goes south in an instant because there are individuals out there who want to cause chaos,” he said.

Obayashi said there is not much police training for protests, which have been relatively rare. He said it would be prohibitively expensive to have officers practice deploying equipment such as tear gas canisters. Because projectiles used in crowds and considered “less lethal” by police, such as rubber bullets and pepper balls, have less velocity and less power to hurt people, it is harder to ensure they hit their intended target, he said.

Lawyers representing people who have also alleged police misconduct and violation of their constitutional right to protest can now use the Denver damage award as part of their own settlement negotiations, said Mark Silverstein, legal director of the American Civil Liberties Union, which represented some of the winning Denver protesters.

The decision came nearly two years after thousands of people angry about Floyd’s death took the streets nationwide, a relatively quick result for the legal system and soon enough for others who allege misconduct by police to file a claim. In Colorado and many other states, there is a two-year statute of limitations for such lawsuits Silverstein said, leaving only a few months for others to sue.

The city attorney’s office said it has not decided whether to appeal the verdict, but appeals in such big cases are common, said Gloria Browne-Marshall, a professor at John Jay College of Criminal Justice. Outside lawyers will also scrutinize the case to try to determine if there are unique circumstances that may have led to a “lightning in a bottle” verdict that is less likely to be repeated.

However, she thinks the verdict sends a significant message that regular people respect the right of protest and demand change from the government, which she believes police and prosecutors have been undermining.

“It should send a message to both, but whether or not they listen is a different issue,” Browne-Marshall said.

Source: Associated Press
Featured image: A participant holds a placard during a protest outside the State Capitol in Denver over the death of George Floyd Sunday, May 31, 2020 in Denver. (AP Photo/David Zalubowski, File)