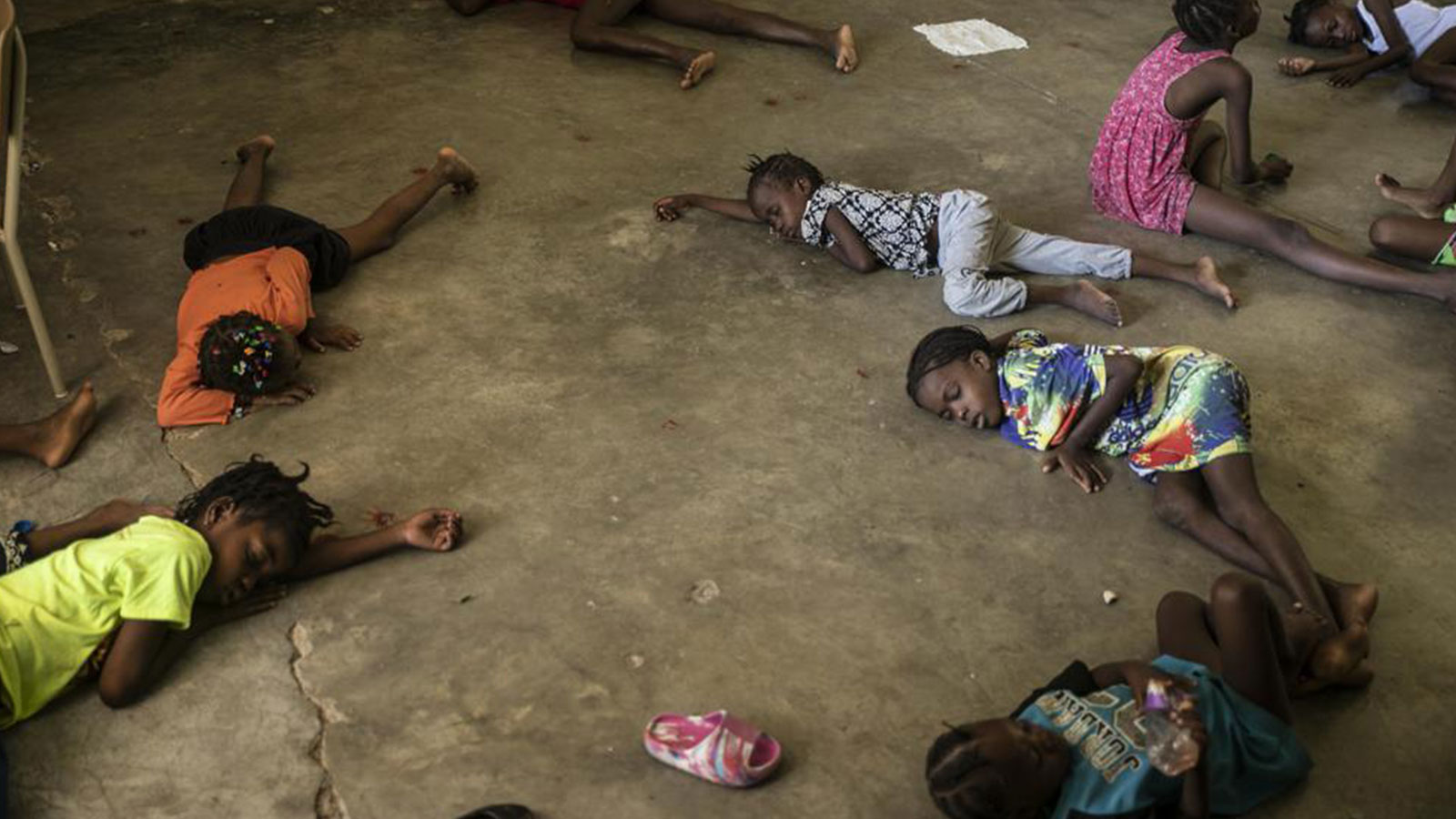 PORT-AU-PRINCE, Haiti — Hundreds of children and adults sheltered at a high school in Haiti’s capital Saturday after fleeing shooting in a neighborhood where fighting between two rival gangs in recent weeks has caused dozens of deaths and destroyed homes.

Francisco Seriphin, general coordinator for the religious community group Kizito, said 315 people had taken refuge in the Saint-Louis de Gonzague school, which is in the Delmas district neighboring the violence-wracked Cite Soleil neighborhood.

Classes are out for summer vacation, and classrooms at the high school have been converted into dormitories, where some of the teenagers, children and toddlers sleep on small mattresses provided by the nonprofit group. Others must sleep on the floor without mattresses.

Young people chatted and joked in the schoolyard Saturday, while others played soccer and basketball or jumped rope.

Seriphin said many of the children sheltering at the school came without their parents. Some youngsters stood in line waiting to give information about fathers and mothers, some who are missing and others who the gangs prevented from leaving Cite Soleil.

“We need a lot of help,” said Jean Michelet, a 16-year-old who said he was wounded on the day that the gang battles erupted in early July.

“I was home on the day the war started. It was a lot of shooting. A bullet went through the roof and it hit me in the head,” he said.

He said a nun took him to a hospital to have the injury treated.

Michelet said a lot of people had been killed during the gunbattles. “The situation is really bad,” he said.

A year after the unsolved assassination of President Jovenel Moïse, gang violence has grown worse in Haiti and many people have tried to flee a country that seems to be in economic and social freefall. Attempts to form a coalition government have faltered, and efforts to hold general elections have stalled.

A week ago, the U.N. humanitarian affairs office reported that 99 people had been reported killed in the fighting in Cite Soleil up to that point.

U.N. humanitarian agencies have said it is too dangerous for them to get help to people trapped in the neighborhood.

Jeremy Laurence, spokesperson for the U.N. Human Rights Council, said most of the victims “were not directly involved in gangs” but were targeted by them.

The U.N. agencies said some gangs even deny access to drinking water and food in order to control the population, aggravating malnutrition.

Featured image: Children sleep on the floor of a school turned into a shelter after they were forced to leave their homes in Cite Soleil due to clashes between armed gangs, in Port-au-Prince, Haiti, Saturday, July 23, 2022. (AP Photo/Odelyn Joseph)