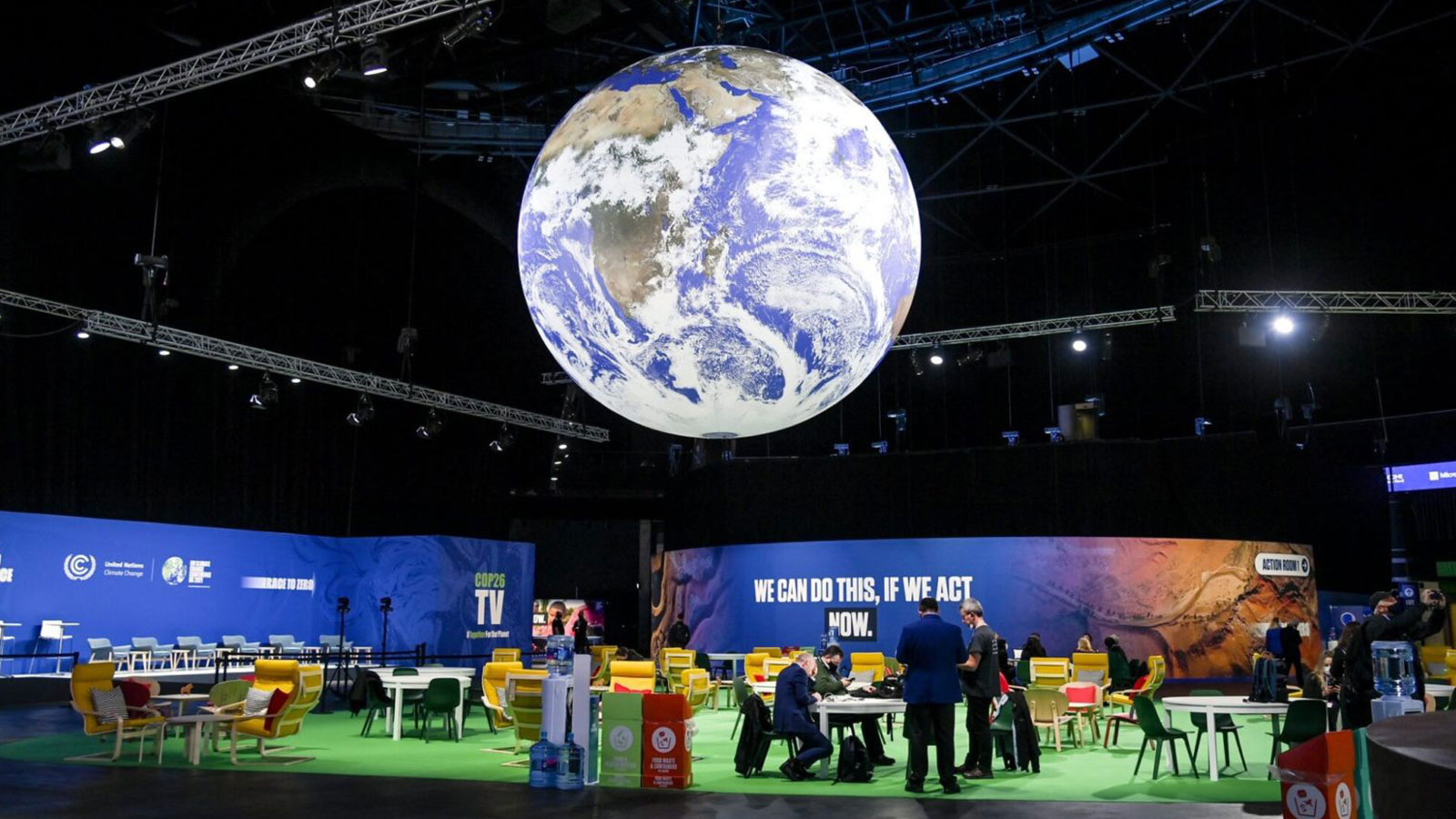 What we learned from COP26

The overarching narrative emerging from COP26 is complicated. The deal that emerged—the Glasgow Climate Pact—wasn’t universally celebrated, nor was it universally condemned. It won’t save the world, but it does move the needle. “We made real and vital progress,” Tina Stege, climate envoy for the Marshall Islands, told me just after countries agreed to the deal on Saturday night. But, she added, “there continue to be gaps, and difficult things.”

It’s even more complex if you include everything that happened on the sidelines of the official negotiations. The private sector made big commitments to facilitate the energy transition and slash emissions. But will they follow through? Countries committed to ending illegal deforestation. Can they be trusted to do so? The U.S. and China said they would collaborate on climate issues. What, in practice, will that actually mean? The list could go on and on.

Instead of trying to weave a complicated narrative that incorporates all the relevant items, I thought I would close out our COP26 coverage with a simple list of reflections on key points.

The central goal of COP26—according to the conference’s organizers—was to put the world on a pathway to limit warming to 1.5°C above preindustrial levels. There were lots of promises, from countries and private-sector actors alike, but fundamentally keeping that target alive remains an uphill battle.

Doing so would require countries to put forth ambitious new climate programs in the next year—a provision outlined in the final Glasgow deal. But there’s no real way to enforce it, and given the political buy-in it would require in countries that have been reluctant to move dramatically thus far, it’s hard to imagine many high-emission states taking all the steps needed to help reach the 1.5°C target—even if it’s technically feasible.

In the aftermath of the Glasgow Climate Pact announcement, my inbox was flooded with a range of statements declaring COP26 everything from a total failure to an unmitigated success. The truth, unsurprisingly, is somewhere in between.

The conference moved the world forward with a series of compromises that likely will have a measurable impact. And yet the conversation didn’t go far enough—and no one reasonably expected that it would. Instead, it moved up the baseline. “I think it would be difficult for anybody to try and declare a COP a success,” Achim Steiner, who heads the United Nations Development Program, told me in Glasgow. “It’s in the nature of these events that we are constantly chasing this extraordinary challenge of a time window that is closing.”

What needs to happen next is to figure out how the world can move its climate work past incremental progress to achieve a real step change.

Earlier this year, in our “Climate is Everything” cover story, I wrote about how climate change had seeped into areas of policy that one might not traditionally expect. That dynamic came into play on the ground at COP26.

The more than 100 heads of government who came in from across the world got the most headlines, but in some ways, it was the high-ranking officials whose positions might not typically have included climate that may have been the most important addition to the conversations in Glasgow. Argentina sent its agriculture, economy and development ministers; Italy sent its education minister along with its finance minister and minister for ecological transition, according to a list published by the U.N. The Biden Administration brought more than 10 cabinet members and high ranking officials, including everyone from Treasury Secretary Janet Yellen to Secretary of State Antony Blinken. “You might need a climate envoy, but this agenda has got to be seamlessly owned by other ministers,” Rachel Kyte, the dean of the Fletcher School at Tufts University, told me before COP26 began.

The trend is an indicator of how climate has moved from being a relatively niche issue dealt with by a relatively small agency in most governments to one being considered by top-ranking officials across the government. That matters because, ultimately, addressing climate change will require all-of-government buy in. It’s finance ministries that can spend money, for example, and transportation departments that set the literal rules of the road.

Fossil fuels are obviously the primary driver of climate change, and yet they are mentioned nowhere in the Paris Agreement and other international climate agreements. Early in the COP26 conference, activists described it to me as the “F-word”—an elephant in the room during global climate talks. But over the course of the conference that elephant was finally addressed—if not at the necessary scale. The U.S. and more than 20 other countries agreed to stop financing most new oil and gas projects. Later, Costa Rica and Denmark formally launched an alliance known as the Beyond Oil and Gas Alliance, which pushes for a transition away from the energy source.

That momentum was reflected in the final text of the Glasgow Climate Pact, where countries agreed to “phase down” the use of unabated coal power and “phase out” inefficient fossil fuel subsidies. The exact phrasing was subject to much debate, and many were disappointed that the language didn’t go further, but nonetheless the text further solidifies the long-term signal that fossil fuels face difficult future prospects. “The most important outcome of the conference is…the signal that fossil fuels are being phased out,” says Jennifer Morgan, the head of Greenpeace International, just after countries agreed to the pact. “This is the way the world is going quickly.”

5. Private sector in the driver’s seat

The conference included a non-stop stream of announcements designed to show progress happening in the “real economy.” These included everything from financial institutions promising to mobilize more than $100 trillion to finance the energy transition to a group of automakers making new commitments around electric vehicles.

“The biggest story coming out of the COP, honestly, is the move to execution in the private sector,” says Tom Steyer, the U.S. businessman and philanthropist, whose latest venture is Galvanize Climate Solutions, a climate investment platform. “And I think that’s the story: yes, the governments are setting up a more realistic framework, but what really counts is what happens on the ground.” The question going forward is how governments will respond. Do they create measures of accountability? Do they push business along or hamper the private sector? Do they ensure that businesses handle the transition in an equitable way?

In one widely broadcast moment from the conference, Alok Sharma, the British minister serving as COP26’s president, held back tears as he came under fire for ceding to pressure from India to allow a last-minute weakening of language referring to fossil fuels in the deal, changing the wording from “phasing out” coal to instead just “phasing down” coal.

It was just one emotional moment in what I personally found to be a heavy COP. Officials came into the meeting with COVID-19—and related issues of vaccine equity and economic turmoil—still very much on their minds. And, of course, many in the developing world had limited access to COP26, at least in part due to the pandemic, hampering a sense of collaboration. All of this was exacerbated by the grim reality that the effects of climate change are already killing people across the globe.

One thing that makes COPs different from many other high-profile international engagements is the presence and relevance of small countries that can shape the conversation using the moral authority accrued by being some of the most vulnerable places to climate change. That was true at COP26, where vulnerable countries forced a discussion on the need for rich countries to provide greater financing for developing countries to adapt to the effects of climate change as well as to pay a form of climate reparations.

But many representatives from those countries say their voices were sidelined. They also described being bullied by their larger, more economically and politically powerful counterparts. “On issues related to loss and damage…we only got a dialogue,” Juan Carlos Monterrey, Panama’s lead climate negotiator, told my colleague Ciara Nugent after the summit concluded. “And we don’t need a dialogue to assess that we are lost and that we’re damaged. So, that was a very weak compromise.”

Most obviously, countries are meant to come forward with new climate plans next year. But, more interestingly, is the emerging dynamic between nations. Clearly, the frustration over inequities will not go away, nor will the demand from poorer countries for increased financial support. And how will countries respond to their counterparts who refuse to do more? Australia, for example, has already said that it doesn’t plan to follow through with a new plan next year. Throw in the private sector and growing demand from activists and citizens, and truthfully, it all looks a little messy. The way these dynamics play out will shape the remainder of the 21st century across the globe for governments, business leaders and everyday people alike.