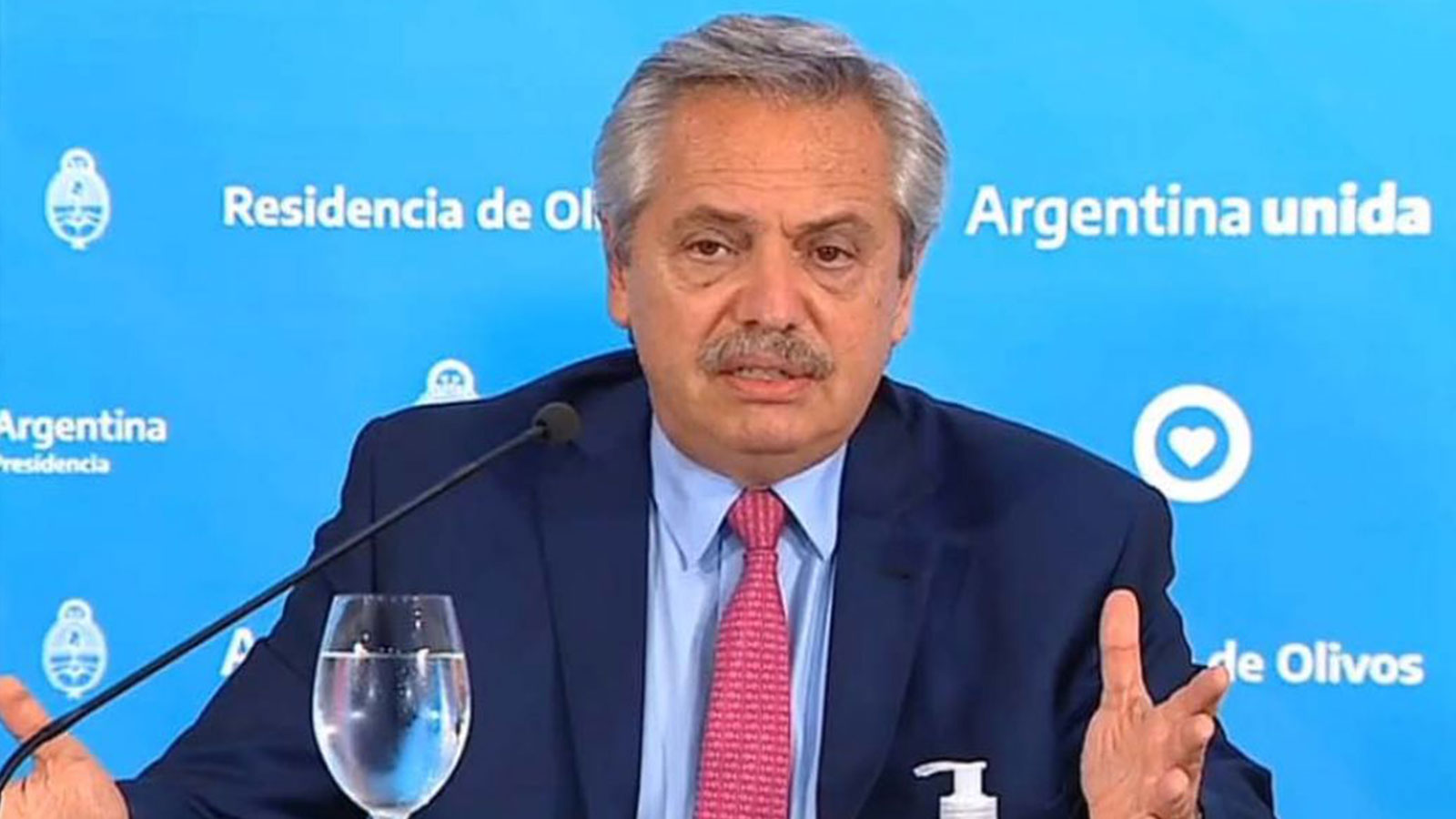 Argentina asks to end blockades against Cuba and Venezuela

“There is nothing more inhuman during a pandemic than to block a country”, President Alberto Fernandez pointed out.

On Monday, Argentina’s President Alberto Fernandez addressed the economic and social situation of Cuba and Venezuela and ratified his position in favor of ending the U.S. economic blockades against these nations.

“This policy has prevented Cuba and Venezuela from accessing artificial respirators. Realize what that means”, Fernandez said, stressing that those who suffer the consequences of the blockades are not governments but the peoples.

Regarding Cuba, where the authorities are victims of a U.S.-promoted smear campaign, the Argentine president commented that the internal affairs of each country must be resolved without the intervention of third parties.

“Although we must promote dialogue and peace among the peoples, neither Argentina nor any country should tell a nation what it has to do or not to do”, Fernandez said, adding that if the international community is so concerned about what happens in Cuba and Venezuela, it should end the blockades.

#Cuba is holding negotiations to safely export the Abdala vaccine and the other Cuban anti-#COVID19 vaccine candidates. Two supply contracts were signed with #Venezuela and #Iran and there are negotiations with #Argentina, #Vietnam, #Namibia, and #Nicaragua. #CubaPorLaSalud pic.twitter.com/MfZJjPSKyE

In Venezuela, the U.S. blockade have caused a 99 percent fall in foreign exchange earnings since 2018. This illegal coercive measure have also affected the country’s access to medicines and food amid the COVID-19 pandemic.

Cuba have suffered the consequences of this policy for over 60 years. On June, the United Nations General Assembly almost unanimously approved a resolution demanding the end of this coercive measure.

On Monday, Cuba’s President Miguel Diaz-Canel assured that the United States has supported transnational actions to discredit the revolutionary government and fracture the unity of the Cuban people.

#Cuba | Head of the Ideological Department of the PCC, Rogelio Polanco: “We are living through one of the chapters of unconventional warfare.” pic.twitter.com/WKrbdYiAQU