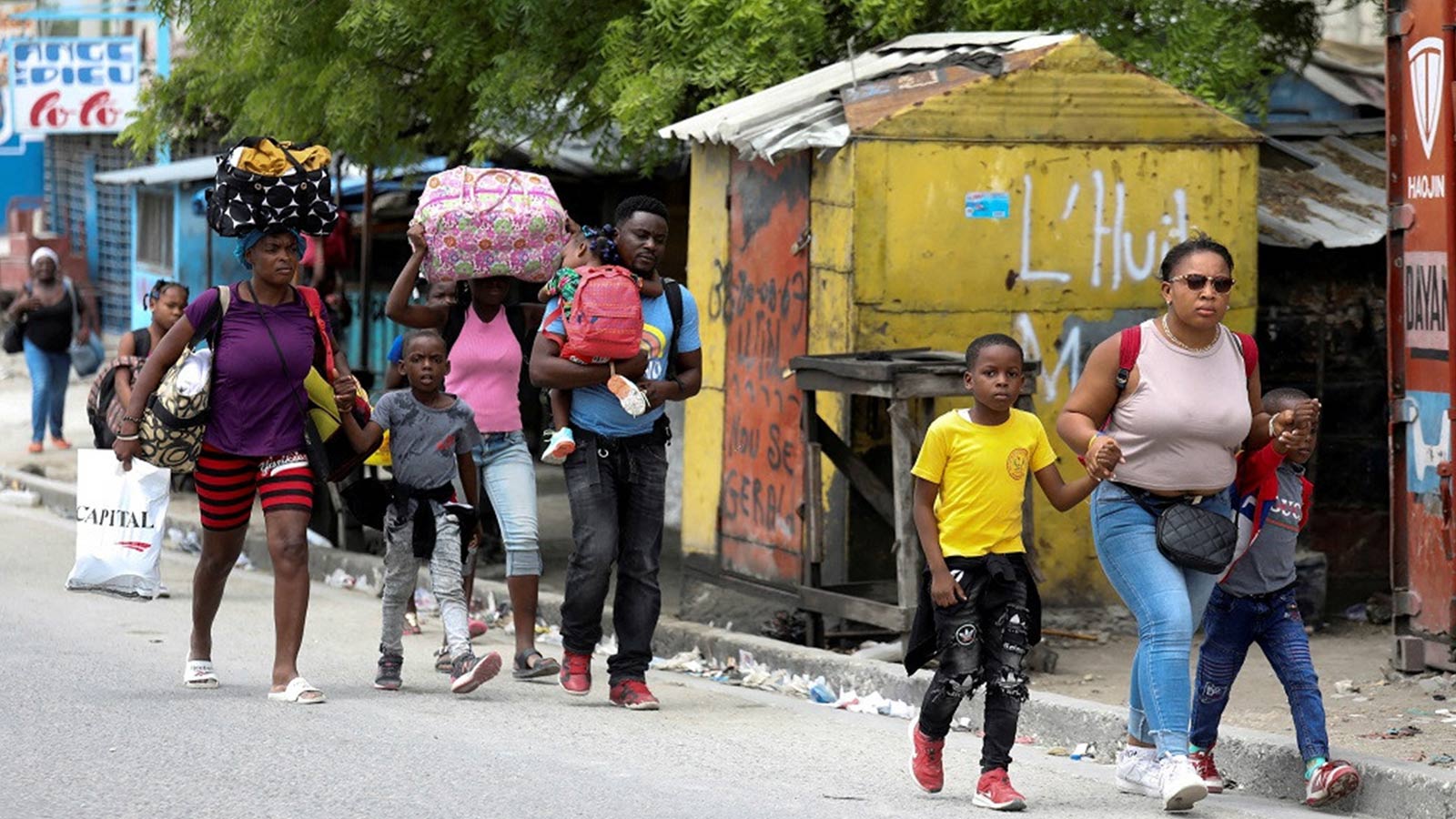 ‘In Haiti, 500,000 children have lost access to education due to gang-related violence’.

Clashes between two rival gangs in the outskirts of the Haitian capital Port-au-Prince have claimed the lives of at least 75 people, including women and children, in less than two weeks, the UN said on Friday.

The United Nations said it was “deeply concerned by the rapid deterioration of the security situation” in the city.

“According to multiple sources, at least 75 people, including women and children, have been killed and 68 others injured,” the UN statement said.

It added that at least 9,000 residents of the conflict-hit northern suburbs, which have become the battleground for the gang war, have been forced to flee their homes and take refuge with relatives or in temporary shelters such as churches and schools.

For decades, armed gangs have run amok in the poorest neighborhoods of Port-au-Prince, but they have drastically increased their hold across the Haitian capital and the country at large in recent years, sending murders and kidnappings skyrocketing.

The UN has denounced the “extreme violence” of the gangs, saying local sources recorded “acts of sexual violence, including the gang rape of children as young as 10 years, and the terrorization and intimidation of the local populations living in areas controlled by rival gangs.”

The Unicef has warned of the impact that the gangs’ control of territory is having on children’s education.

“In Haiti, 500,000 children have lost access to education due to gang-related violence,” it said on Friday. “Nearly 1,700 schools are currently closed in the metropolitan area of Port-au-Prince.”

“No child can go to school while bullets are flying in the air, it’s dangerous and it shouldn’t be like this,” said Bruno Maes, the Unicef representative to Haiti.

The UN office in Haiti has also expressed concern over children being enlisted into the armed gangs.

The Haitian government has not yet commented on the latest outbreak of violence which has placed the capital in a state of siege, preventing any safe exit by road to the rest of the country.

Featured image: Residents carry their belongings as they flee their homes due to ongoing gun battles between rival gangs, in Port-au-Prince on May 2, 2022 Reuters