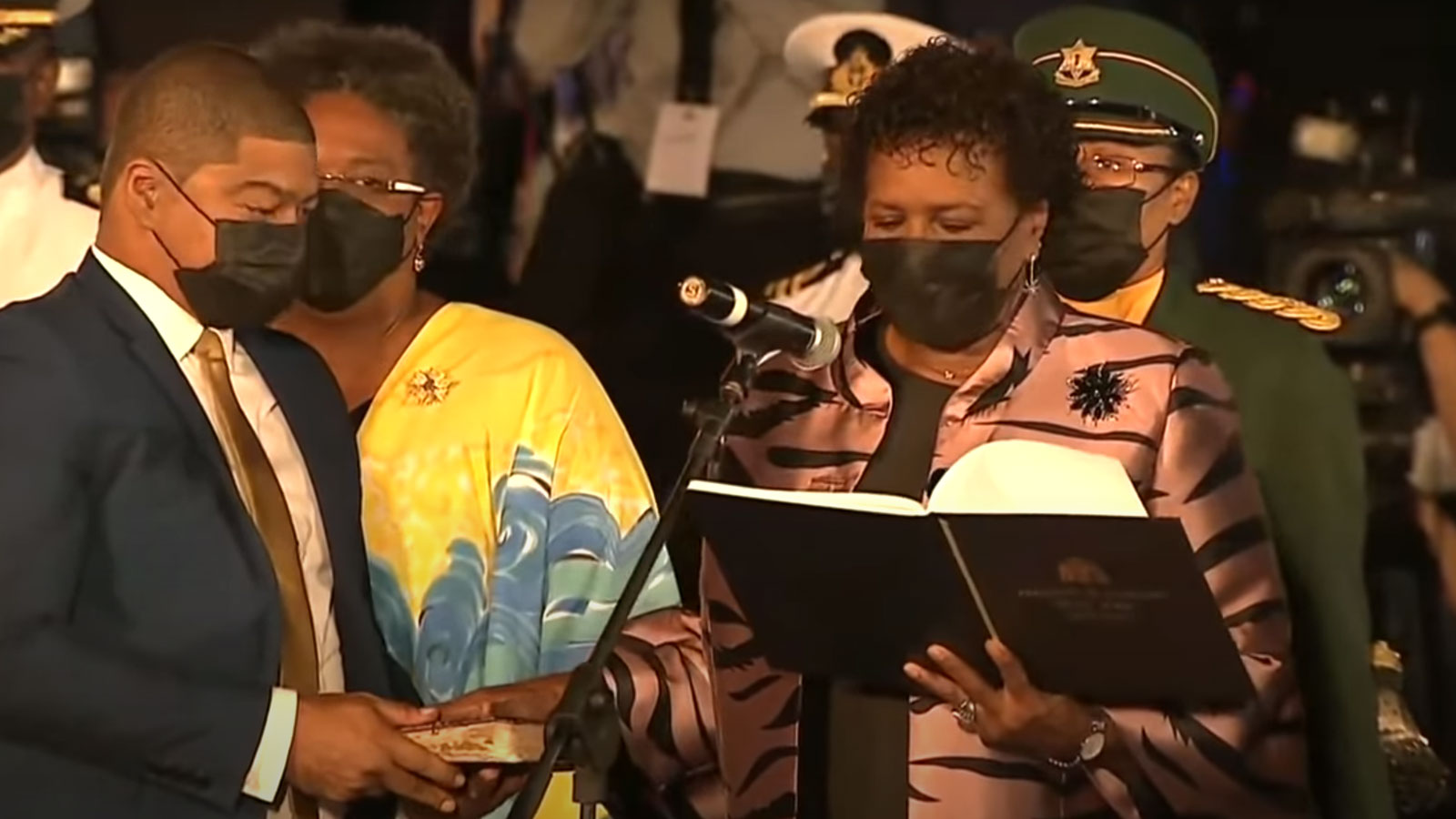 The Peter Weber, The Week —

Barbados became the world’s newest republic on Tuesday, swearing in its first president and dropping its formal allegiance to Queen Elizabeth II. Prince Charles and Rihanna were among the dignitaries who attended the overnight ceremony in Bridgetown, the Caribbean nation’s capital, and fireworks lit up the sky and a steel drum orchestra played as the clock struck midnight and Barbados shed yet another layer of its colonial past.

Barbados became a republic on the 55th anniversary of its independence from Britain. It will remain part of the Commonwealth, but its head of state is now Sandra Mason, governor general since 2018; the Barbados parliament elected Mason president last month, and she will now help run the island nation with Prime Minister Mia Mottley.

Mottley announced that President Mason will name Rihanna a national hero. Prince Charles, speaking as an honored guest, used his speech to acknowledge the “appalling atrocity of slavery” that “forever stains our history.” Watching his mother removed as head of state “must have been a moment of mixed emotions” for the Prince of Wales, writes the BBC’s Daniela Relph. “The mood music from the royal household has been positive and pragmatic. They can’t stop a constitutional shift but they can try to ensure positive relationships remain.”

Queen Elizabeth sent the new republic her “warmest good wishes” for “happiness, peace, and prosperity in the future” and said Barbados holds a “special place” in her heart.

The last nation to shed the British monarchy was the Indian Ocean island of Mauritius in 1992, but no Caribbean island had removed the queen since Guyana, Dominica, and Trinidad and Tobago transformed into republics in the 1970s. Barbados was first occupied by British settlers in 1627, and Britain turned the island into a slave colony until slavery was abolished there in 1834. With nearly 300,000 residents, it is now one of the most populous and wealthy Caribbean nations. Barbados will keep its flag and national anthem, but the terms “royal” and “crown” will be dropped from national institutions.