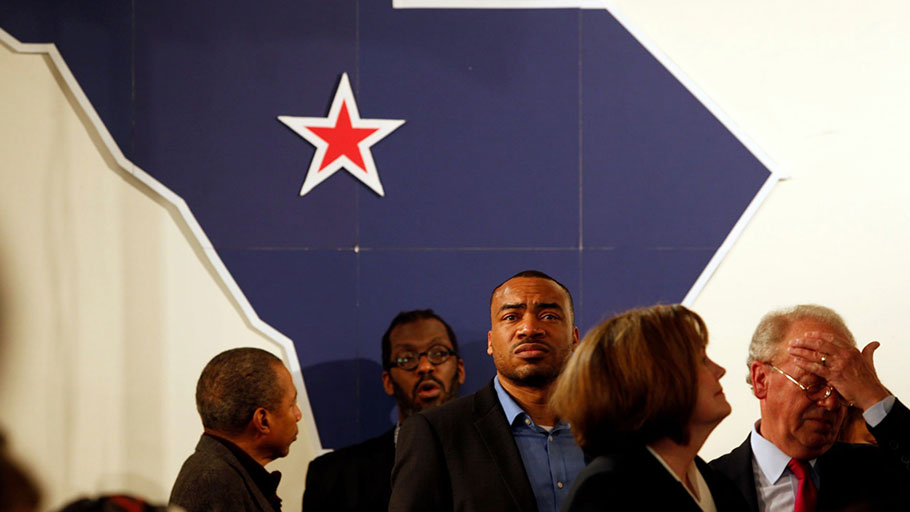 South Carolina: how black Americans’ reverse migration is reshaping next state to vote

By Kenya Evelyn, The Guardian —

Najeema Davis Washington spent more than 15 years as a federal employee in Washington DC before she returned to Charleston, the city she left in 1996.

She brought with her a progressive outlook that ran counter to the traditionally moderate views of her old hometown. She also noticed, she says, that the evolution of her community extended beyond mere gentrification.

“It’s rapidly growing around me and I sometimes don’t recognize it anymore,” she said. “And that’s not just because of how the city looks. The mindset has changed.”

Since the 1970s, the US has experienced a reverse migration: black Americans from cities like New York, Detroit and Chicago have moved back south to places like Houston, Charlotte and Atlanta. In doing so, they have changed voting behavior.

“African Americans relocating to the south over the past three decades are making these southern states more competitive for Democrats,” said Bill Frey, a senior fellow and demographer with the Brookings Institution.

It is a proposition that will be tested on Saturday, in the South Carolina primary.

Most often, black Americans move to communities where they were born or where their families were rooted prior to the Great Migration, an epochal shift between 1916 and 1970 in which 6 million African Americans left southern states to pursue jobs up north. The reversal accelerated in the early 2000s, as many sought refuge from economic decline in the Rust Belt states.

According to Frey, such new residents add to black voter percentages, boosting African American power in primary and general elections. He points to the case of Stacey Abrams, whose support in the 2018 Georgia gubernatorial race was boosted by an influx of new black residents in cities like Atlanta.

“There’s a clear understanding that a growing, energized bloc of African American voters can be a tipping point for any electorate,” Frey said. “It’s an example of what we can see moving forward where many thought, and still think, that Georgia will eventually turn blue.”

The top states for black population gains, Frey said, are all swing states: Georgia, Texas, Florida, North Carolina, Virginia. Nonetheless, it is in Democratic primaries in places like South Carolina that the demographic shift may make its greatest impact.

Adding nearly 65,000 residents of all races between 2018 and 2019, South Carolina was the sixth-fastest-growing state. It is now home to more than 5 million people and the black population had been the second-largest contributor to population growth since the last official US census in 2010. 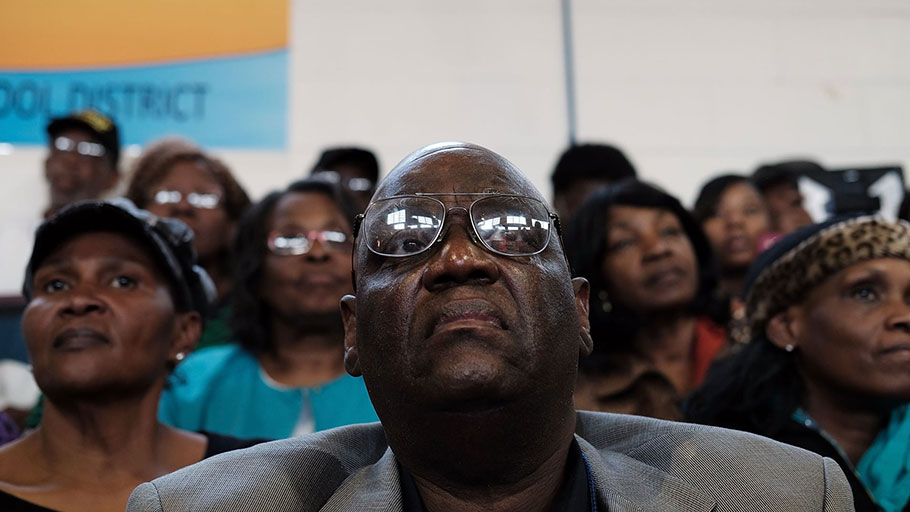 “Hillary Clinton won early primaries in 2016 largely because of the black vote,” he said. “With most African Americans living in and moving south, those races become more competitive because the range of political ideologies among them widens.”

Washington said she herself was representative of a growing diversity among southern black voters that is frequently overlooked.

“This antiquated monolith of the southern black moderate just isn’t as present as folks think anymore” she said. “Political talk is all over the place because folks understand how our votes are taken for granted, assessing whether the party fits their values, not just the candidates.”

After Cory Booker and Kamala Harris ended their bids for the White House, Washington backed Tom Steyer. She said the billionaire “caught [her] attention years ago” for aggressive attempts to combat climate change and the racial wealth gap, issues that she said “speak to what affects African Americans most”.

The Brookings Institution notes that while progressive attitudes are most often held by younger, college-educated blacks, the influence of retirees and older Americans from more liberal cities can also skew voting blocs left.

Through her own work, Washington said, she has encountered “older, urban and moderate black voters” who many “assume are going to support Joe Biden” but in fact demand a more progressive agenda.

“They may be stumping for Bernie, or [were] canvassing for [Andrew] Yang,” she said, “but there’s a consistent energy surrounding progressive approaches to inequality, education and healthcare”.

‘This is a trust election’

Antjuan Seawright is a Columbia-based Democratic strategist. He describes a “changing South Carolina”, one that will change how Democrats build the coalition necessary to defeat Donald Trump.

“The mindset of our people has changed,” he said. “And when the people change, elected officials and parties have no choice but to respond. Democrats realize now that them being engaged is required at levels that haven’t been seen before in our political lifetime.”

This month, for the first time, South Carolina registered a million voters of color. That, Seawright said, was “a testament” to Democratic attempts to “galvanize the most consequential constituency in modern day political history”. 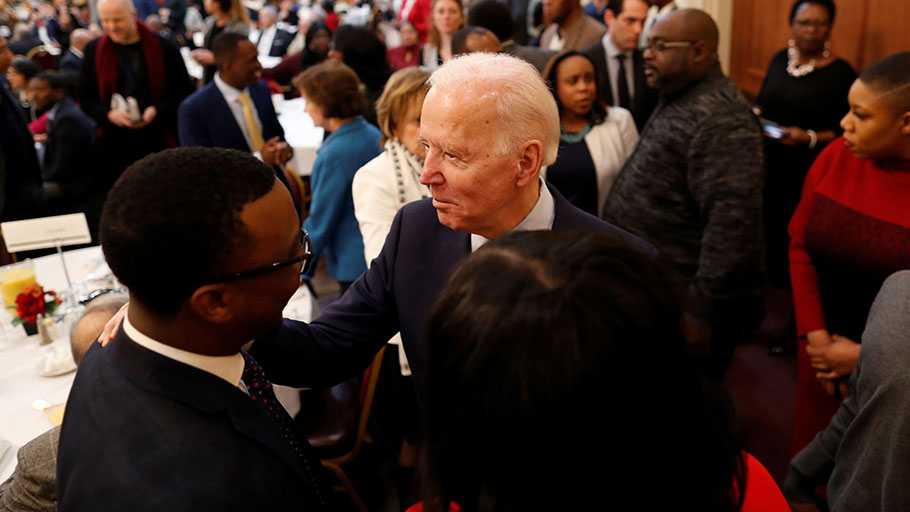 “This is a trust election and voters will want to go with who they know,” he said. “And they know Joe. Joe has been there for the people of South Carolina and he will be rewarded by the people being there for him on 29 February.”

Analysis of national polls by FiveThirtyEight does show support for Biden among black voters in South Carolina has slipped 12% since the New Hampshire primary, creating opportunities for rivals including the former South Bend, Indiana, mayor Pete Buttigieg and the Vermont senator Bernie Sanders.

Black voters are also discerning, Seawright said, adding that he considers the primary a “fight for second place” should Biden lose steam.

“What second place looks like is different for different people,” he said. “Candidates now are tasked with developing relationships in this state, not just for one election but to demonstrate that their long-term values will have the best opportunity for the party to be successful here long after.”

State party leaders, he said, must capitalize on that momentum, generating down-ballot votes in the general election.Among moderates and progressives, therefore, coalition-building is imperative.

‘It’s about how we message’

Population shifts have already factored into Democratic gains in South Carolina, mostly recently flipping a House seat for Joe Cunningham, but the state hasn’t elected a Democrat to the US Senate since 2006. Jaime Harrison, the former chair of the state party, is determined to change that.

He is challenging a three-term incumbent Republican, Lindsey Graham. In a state Trump won by more than 300,000 votes his campaign is ambitious but Harrison has achieved record-breaking fundraising and one December a poll showed him only two points behind Graham, once a stringent Trump critic but now one of the president’s closest allies.

Harrison said he recognizes the impact of demographic shifts, noting that he has “been in and around all of South Carolina [his] entire life” and has not “seen growth like this before”. Longtime residents and transplants care about the same issues, he said, just in different ways.

“Healthcare affects us all, like in our urban counties where access can be expensive and timely to residents, or in the eight rural counties that don’t have a single OB-GYN,” he said.

Harrison urged Democrats to learn from 2016, in which a bitter primary between Sanders and Clinton led some voters to sit out the general election. His team has released a seven-page memo, offering guidance on building a coalition.

“It’s about how we message and who we message to,” he said. “We need to be having conversations in South Carolina that speak less to the head and more to the heart and the gut, drawing in these various camps in by recognizing their presence. 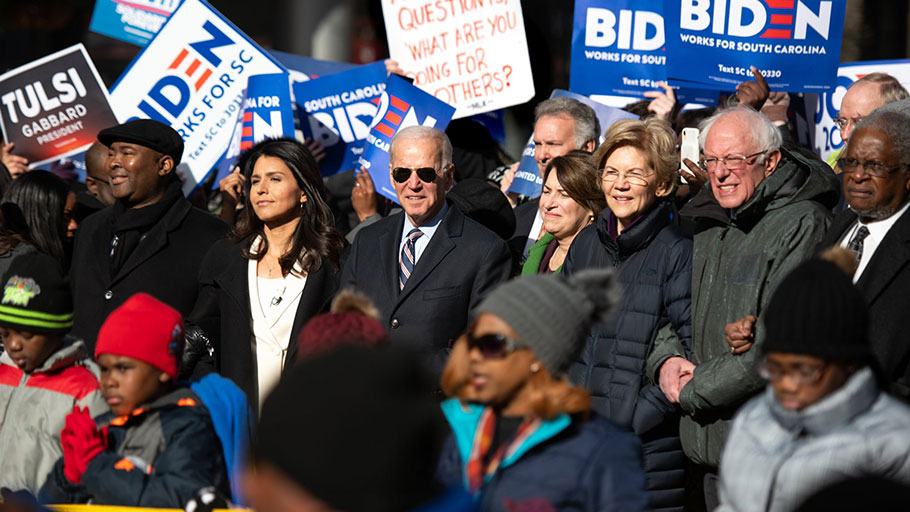 “Otherwise we lose future generations over an inability to get anything done.”

As his campaign connects with former city dwellers in suburban Columbia, older voters and recent graduates around Greenville and farmers in the Lowcountry, he’s betting on Graham being seen as out of touch.

“The south is changing,” he said, arguing that for demographic shifts, his state is on a par with Texas, North Carolina and Georgia.

“Folks are losing hope in all communities and they’re looking for policies that speak to their challenges,” Harrison said, adding that ignoring how the pulse of the people is diversifying would do the party a disservice in elections to come.

In Charleston, Washington said she often straddles two identities: a lifelong Carolinian in tune with the conservative culture of the south and a relocating transplant sometimes out of touch with such traditional views.

This week’s primary may come too soon to reveal a full identity crisis. Even Washington predicts a strong turnout for Biden, adding: “No one touches him on experience.”

“We know who we are and where we’ve been but as the south evolves, we evolve. For some of us, that yearning for something bold, something new is just the beginning.”