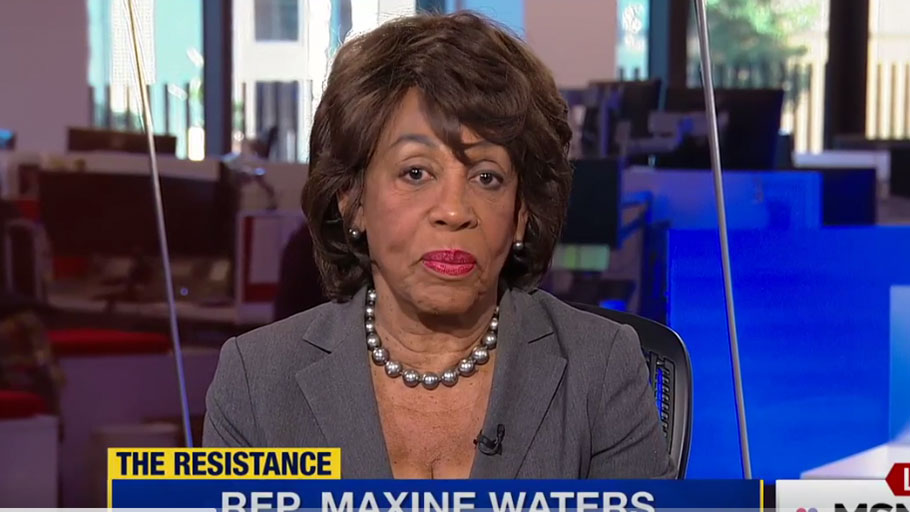 According to the women, they wrote to the House and Senate minority leaders to “share our profound indignation and deep disappointment” that the lawmakers did not come to the aid of Rep. Waters after she had been severely attacked multiple times by President Trump, his GOP allies, and members of the right-wing media.

Waters has been in the news frequently ever since she took a public stand two weeks ago, encouraging critics of Trump to demonstrate against administration officials when they are seen in public. She has been harshly criticized by both Democrats and Republicans.  She called for the public confrontations in June after several members of the Trump administration were confronted by protesters at restaurants, including Sarah Huckabee Sanders. Sanders was asked to leave a Lexington, Va., restaurant because of her role in the administration, and then she complained about it on twitter.

Since then Trump has not only falsely claimed that Waters was asking people to harm his supporters but he has on several occasions tweeted racially charged insults against her.  She also had to cancel some events because of death threats, after which she defiantly spoke in public and said if people were coming after her they “better shoot straight.”

“Disparaging or failing to support Congresswoman Waters is an affront to her and Black women across the country and telegraphs a message that the Democratic Party can ill afford: that it does not respect Black women’s leadership and political power and discounts the impact of Black women and millennial voters,” the groups wrote in the letter.

“We further believe Congresswoman Waters is owed an apology for your public comments insinuating she is “uncivil” and “un- American” for challenging the Trump Administration.”

The group was made up of local elected officials, religious leaders, academics, activists and others from around the country.

Rep. Pelosi’s office released a statement Wednesday that said Waters “is a valued leader whose passionate call for family reunification should be heard without any threats to her safety.”

“Donald Trump has sullied the bully pulpit with reckless disregard for the safety of others,” the statement said. “He should stop his attacks on Congresswoman Waters and all Members of Congress, the free press, and all Americans who have the right and the responsibility to speak their minds.”