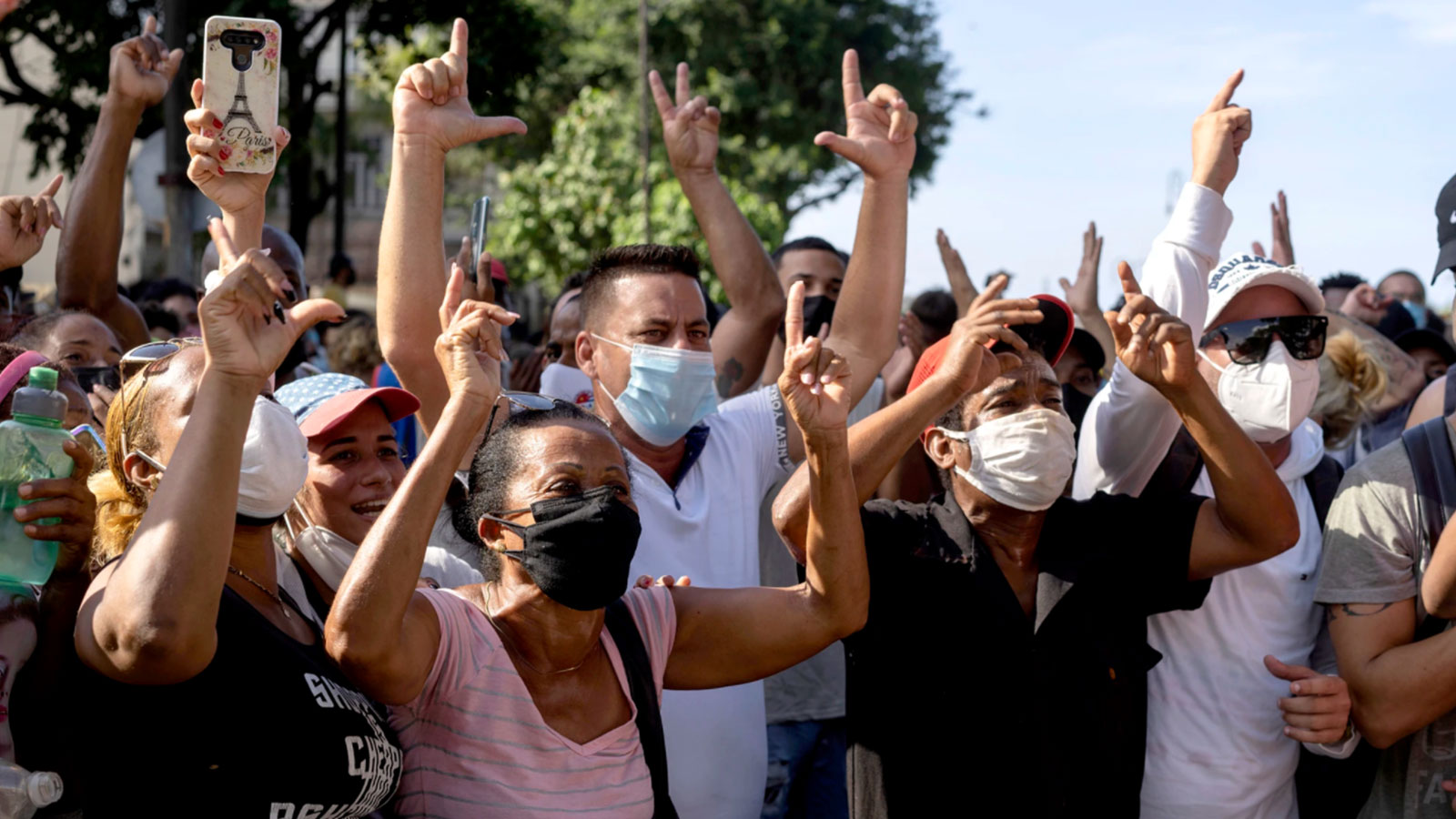 The BLM Global Network Foundation criticized the U.S. embargo on Cuba and lauded the country’s government. Critics say the statement misses the mark.

The Black Lives Matter Global Network Foundation is facing backlash after calling for the end of the U.S. government’s embargo on Cuba while praising the country for its “solidarity with oppressed peoples of African descent” amid historic anti-government protests.

In the statement shared Thursday on social media, the organization urged the U.S. to lift the embargo immediately and appeared to praise the country. “The people of Cuba are being punished by the U.S. government because the country has maintained its commitment to sovereignty and self-determination,” the message read.

The statement has drawn the ire of academics and organizers who say that while the decadeslong embargo should be lifted, the statement both lets the Cuban government off the hook for its own history of systemic racism and ignores the protesters’ demands for change.

“It was surprising to me that Black Lives Matter came out with a statement focusing solely on the U.S. and not talking about why all of those folks are protesting, not coming out in solidarity of Black folks on the ground who are protesting,” said Danielle Clealand, associate professor of Mexican American and Latina/o studies at the University of Texas at Austin and the author of “The Power of Race in Cuba.”

“It’s just disappointing that the statement took this kind of stance that ‘This is all the U.S.’ when we know there is a lack of civil liberties in Cuba. We know that Cuba has a history of anti-Black racism.”

In an email to NBC News, Black Lives Matter officials said their statement was “grounded in our unequivocal support for Cuba,” and vowed to amplify the voices of Afro-Cuban protesters protesting oppression “from all actors, including the United States Embargo.”

“We unequivocally join in solidarity with the Cuban people against repression and violence from internal and unseen external actors,” officials said in the statement. “We also understand that Anti-Blackness exists within Cuba and is a Global issue. We struggle for and alongside Black people across the diaspora for liberation and self-sovereignty.”

Thousands of Cubans took to the streets in an unprecedented demonstration on Sunday to protest the government amid severe economic shortages and Covid-19 deaths. People have protested in solidarity around the world, including in New York, New Jersey and Miami — which all have large Cuban American populations.

During demonstrations in Cuba, protestors demanded “libertad” — freedom — and shouted “down with the dictatorship.” Cubans have endured food and medicine shortages, severe inflation, power outages and limited access to basic supplies. And the pandemic has only exacerbated the country’s economic crisis. President Miguel Díaz-Canel has blamed the U.S. trade embargo on Cuba, which was tightened by the Trump administration.

However, critics say the matter is much more complicated and accused the Cuban government of using the embargo to distract from its own actions. Activists, organizers and economists alike have criticized the embargo and the country’s Soviet-style, centrally planned economy, holding that both are to blame for the country’s problems.

“Reforms in Cuba do not depend on the embargo, and the embargo should be eliminated unilaterally, independently from reforms in Cuba. Both cause problems,” Pavel Vidal, a former Cuban central bank economist who teaches at Javeriana University in Colombia, previously told NBC News.

As for Black Lives Matter, Clealand said the statement missed the mark not because it took aim at the U.S. embargo, but because it failed to also address the concerns of Cubans protesting their own government.

Afro-Cubans have routinely been pushed to the margins in the country, with only 11 percent of Black Cubans reporting owning a bank account and 70 percent of Black and mixed-race Cubans saying they didn’t have internet access, according to The New York Times. Meanwhile, scholars have fought for years to have Afro-Cuban history taught in schools.

“You have to talk to folks on the ground before you make statements about them. I think that’s what a lot of Black Cubans feel frustrated about,” Clealand said. “There’s not one position on the revolution within Cuba, particularly among Black folks. There are Black folks that have been longtime supporters of the revolution that feel like they must critique the way the revolution has ignored racism and not centered Black folks.”

“There’s a lot of nuance there that the statement misses,” she continued. “Folks on the ground are fighting for freedom, and they’re not talking about the U.S. embargo. The embargo is widely hated in Cuba, but it’s really not the center so the statement … tries to put all the onus on the United States when we have to also pay attention to how the policies in Cuba affect Black folks.”

Black Cuban organizations in the country have done their best to send out their own messages in the wake of the protests. Alianza Afro-Cubana, an advocacy organization for Black LGBTQ Cubans, said in a social media statement that the Cuban government “should listen to the people, serve them” instead of criminalizing them. The group called on Black Lives Matter to “sit down and have a conversation about solidarity.”

“We call on activists and anti racist groups to be concerned about the situation of Black people, who bear the heaviest burden of violence,” the statement reads. “Cuba continues to show its racist reality and that justice has a selective condition.”