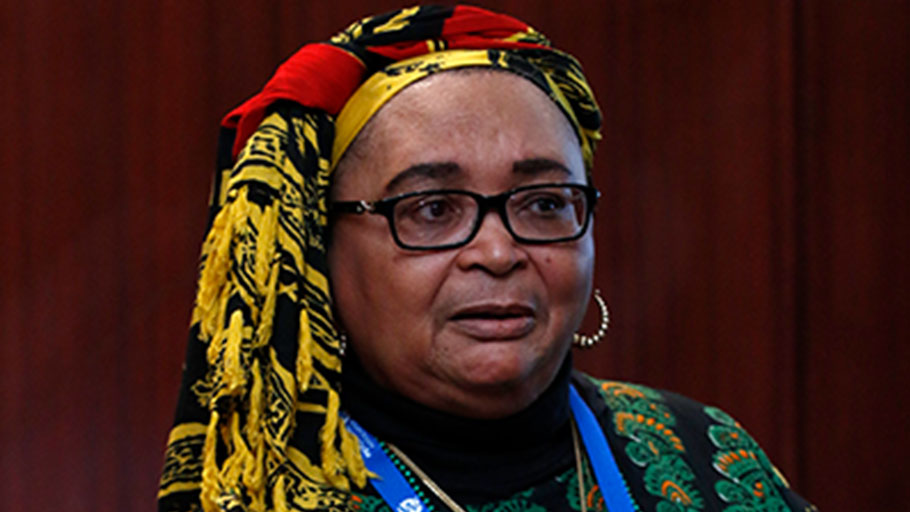 In accepting the 2018 Solomon Carter Fuller Award, Patricia Newton, M.D., M.A., M.P.H., noted that many of the same challenges that Fuller faced a century ago are still present for African-American psychiatrists and patients.

Fuller is celebrated as the first African-American psychiatrist. He worked closely with Alois Alzheimer and Emil Kraepelin in Germany, and he lectured at the Clark University conference in 1909 when Sigmund Freud made his only U.S. appearance. The award is given each year to recognize a black citizen who has pioneered in an area that has significantly improved the quality of life for black people. Newton is semi-retired in private practice and is the CEO and medical director of the Black Psychiatrists of America.

Despite those and other accomplishments, said Newton, “Fuller faced microaggressions in medical education and discrimination in pay, status, and academic tenure during his career on the faculty of Boston University.”

Patients then and now too often encounter dismissal of cultural factors during assessment, leading to misdiagnosis and ultimately to inadequate or inappropriate treatment.

In preparation for her lecture, Newton conducted an informal, three-question survey of 350 people in a large Baltimore shopping mall mostly visited by African Americans. She asked about mental illness in the respondents’ families, the three most significant challenges facing people with mental illness, and the most significant challenges facing doctors who provide mental health services.

Many of her community respondents said they had some family experience with mental illness. Nearly all said the major challenges to their mental health were alcohol, drugs, and gang violence; police brutality and mass incarceration; and unemployment. They also said that there were not enough physicians or other clinicians who understood their culture and felt that physicians had too little concern for the general well-being of their patients. They also complained that physicians were trained only to hand out medications and not to talk to patients.

“Fifty percent of the senior psychiatrists used the words ‘racism’ and ‘discrimination’ in their response, but none of the early- or mid-career psychiatrists did so,” she said.

One actor that connected African-American psychiatrists and patients was a shared history of trauma.

“We are traumatized people treating traumatized people,” she said. “We are the victims of microaggressions in our own institutions and organizations, and then we are attempting to help somebody else work out their own mental disorders. It is time to rewire our neural networks.”

It may be time to rewire other networks, too. African-American psychiatrists need to be at the table when policy is being hammered out. So in conclusion, she urged her listeners to join together to advocate for their patients, for their rapidly changing profession, and for themselves.