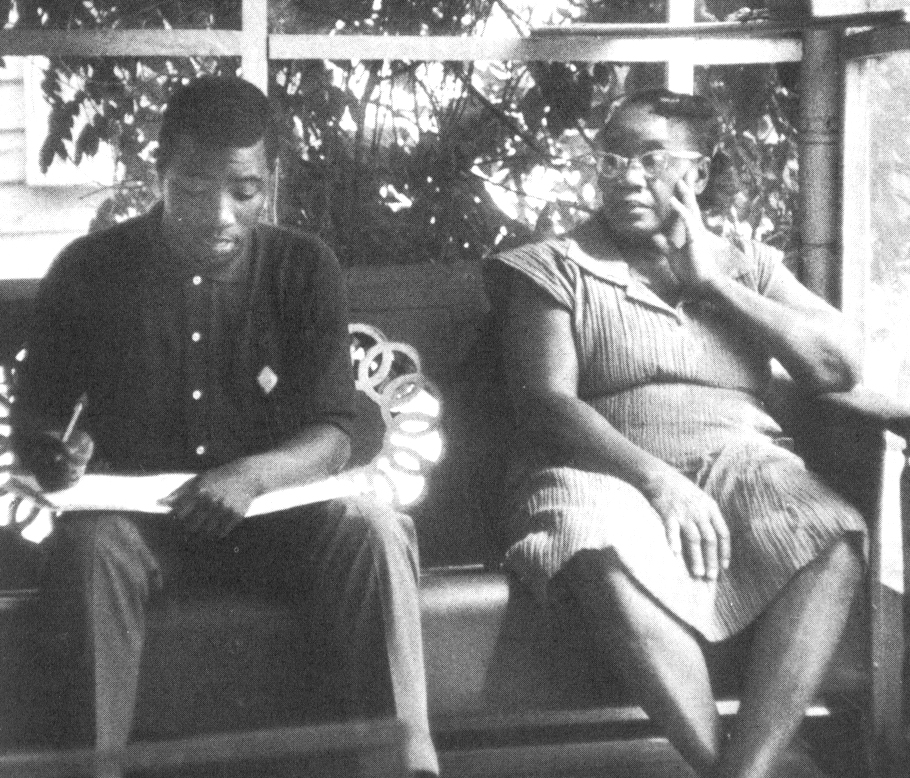 Black voters and the future of Southern politics

You Are Here: Home » Blog » News & Current Affairs » Black voters and the future of Southern politics

This month marks the 50th anniversary of Freedom Summer, the massive organizing project that brought more than 1,000 volunteers to Mississippi and drew national attention to the ongoing civil rights struggle in the South.

Freedom Summer was launched as an assault on segregation and inequality on many fronts. Activists set up 30 Freedom Schools as an alternative to the state’s underfunded and segregated education system. The Medical Committee for Human Rights offered free health clinics.

While Freedom Summer went beyond electoral politics, a key focus from the beginning was breaking down voting barriers and harnessing African-American political power. Mississippi was chosen in part because less than seven percent of the state’s black voters were registered in 1962, according to the Congress of Racial Equality, and Freedom Summer built on ongoing voter registration efforts. Organizers launched the Mississippi Freedom Democratic Party as a rival to the white-controlled state Democratic Party, and Freedom Summer helped pave the way for passage of the Voting Rights Act of 1965.

This year, with elections looming in Southern states that could decide who controls the U.S. Senate, political observers and strategists have rediscovered the importance of the black vote. Recent analyses in The New York Times, The Washington Post and elsewhere have shown that key U.S. Senate races in Arkansas, Georgia, Louisiana and North Carolina will hinge in part on mobilizing African-American voters.

But a new report by the Center for American Progress and Southern Elections Foundation argues that a Freedom Summer-like push to register and mobilize African-American voters — along with Latinos, Asian-Americans, youth and other pieces of the so-called New American Electorate — could reshape Southern politics far beyond the 2014 elections, something Facing South has been arguing for several years.

“True South: Unleashing Democracy in the Black Belt 50 Years After Freedom Summer” [pdf] by former NAACP leader Ben Jealous looks at the unrealized potential of African-American and other New Majority voters. It argues that, with a coordinated national effort, political change could come to the South much more quickly than previously imagined.

Drawing on Census Bureau data, the report estimates there are 3.7 million unregistered African-American voters in Black Belt states, and 4 million eligible Latinos and Asian-Americans who aren’t registered. As Jealous wrote in a follow-up piece for MSNBC, getting just a portion of those voters signed up and to the polls could have immediate results, starting with the example of Georgia:

[T]he average margin of victory in Georgia over the last three elections was minimal: just over 260,000 votes. So what would it take to give voters of color in Georgia a voice?

Our report found that a massive wave of voter registration could shake up the political dynamic. If organizers were to register 60% of unregistered black voters in the state — and those voters then turned out at previous levels — it would create a corps of 290,000 new black voters. That is 30,000 more than the average margin of victory for a governor in the state. Moreover, a voter drive that registered 60% of unregistered black, Hispanic and Asian voters would create 369,000 new voters of color, or 109,000 more than the margin of victory.

Looking at other Southern states, the report comes to the same conclusion. In South Carolina, registering 40 percent of New Majority voters would be enough to change election outcomes; in North Carolina, it would only take 10 percent. As Jealous concludes:

All in all, the report found that registering 60 percent of unregistered black, Hispanic, and Asian voters would upset the balance of power in Florida, Georgia, Maryland, North Carolina, South Carolina, Tennessee, and Texas in either a presidential or midterm election year. In a presidential election year, Alabama would be added to the list.

But of course, demography by itself isn’t destiny. The make-up of Southern states is rapidly changing, but there are still very real barriers to the New Majority realizing its full political potential. The raft of election law changes, including restrictive voter ID laws and slashing early voting days, will hit the emerging Southern electorate the hardest. Post-2010 redistricting in state legislatures and Congressional districts has dilluted the power of African-American, Latino and other New Majority voters. State-level anti-immigration laws and the rise of deportations in recent years have created a chilling climate in communities of newcomers.

To overcome these and other obstacles, those seeking to harness the potential power for change in the South need to think big, think strategically, and think long-term. Reaching, registering and mobilizing New Majority voters in the South will take a big investment of resources from national groups, working through local leadership. For the New Majority to emerge as a real political force, there will have to be strong coalitions and alliances among New Majority communities.

And it will also take a long-term view that isn’t driven by election cycles and immediate political payoff but is focused on building long-term power in disenfranchised communities. As the “True South” report argues, this is another lesson to be learned form Freedom Summer, 50 years on:

The organizers of Freedom Summer did not just have a one-year plan. The summer of 1964 was always meant to be the beginnings of a multi-faceted, multi-year campaign. Any modern movement to build a more inclusive Black Belt needs to be seen as a generational battle.