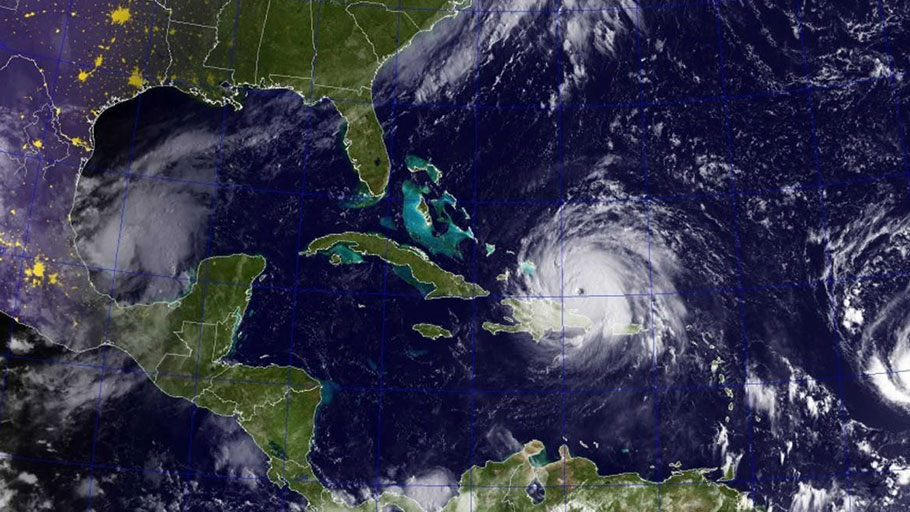 You Are Here: Home » Blog » News & Current Affairs » Caribbean residents see climate change as a severe threat but most in US don’t — here’s why

People in the U.S. and the Caribbean share vulnerability to climate change-related disasters, but only in the Caribbean is the public truly worried. Why?

By Elizabeth J. Zechmeister and Claire Q. Evans, The Conversation   —

During the 2017 Atlantic basin hurricane season, six major storms – all of which were Category 3 or higher – produced devastating human, material and financial devastation across the southern United States and the Caribbean.

Last year’s above-average storm activity was foreseeable. Hurricane intensity ticked up in 2016 and scientists have predicted this trend will hold as global temperatures continue to rise.

Though people in the U.S. and the Caribbean share this increasing vulnerability to hurricanes, they hold very different opinions about the severity of climate change. According to results from the latest Vanderbilt University AmericasBarometer survey, a strong majority of Caribbean residents perceive climate change as a “very serious” problem. In contrast, just 44 percent of the U.S. public does.

Why the difference of opinion? Our research identifies two key factors: politics and risk perception.

Climate change is a partisan issue in the US

The AmericasBarometer is a biennial survey conducted by Vanderbilt University’s Latin American Public Opinion Project. The latest round was conducted between 2016 and 2017 in 29 countries across the Americas.

The 10 Caribbean countries surveyed include Haiti, Dominica and Barbuda, all hit hard by hurricanes in recent years. The survey found that between 56 percent and 79 percent of respondents in the Caribbean believe that climate change is a very serious problem for their country.

How serious a threat is climate change?

Among survey respondents in the United States and the Caribbean, people in the Dominican Republic are the most likely to say the climate change is a very serious problem. Those in the U.S. report being the least concerned.

Less than 20 percent of those with conservative leanings expressed the same degree of concern.

In the U.S., liberals are far more likely than conservatives to see climate change as a very serious problem.

This pattern holds even when we control for age, education, income, gender and perceptions of disaster risk.

In the Caribbean, political leanings are far less consequential to people’s views of climate change. The AmericasBarometer survey asked respondents in the Dominican Republic, Haiti and Jamaica to place themselves on a scale that runs from the political left to the right. We found no significant differences in opinions about climate change from people with different political views.

One explanation for why the Caribbean public demonstrates more of a consensus on climate change, then, is simply that the issue is not politicized in that region. People of all ideological bents agree that, in the Caribbean, climate change poses a very serious problem.

Just how dangerous is climate change?

People’s perceptions of their vulnerability to climate change-related dangers may also explain diverging views on the issue.

The AmericasBarometer asked respondents in both the Caribbean and the United States to assess the odds that they or a family member would be killed or seriously harmed by a natural disaster in the next 25 years.

In both places, those who feel most vulnerable to disasters more often report that climate change is a “very serious” problem. This relationship holds even when accounting for age, education, wealth, urban residence and gender.

Overall, though, in the U.S. people feel less exposed to hurricanes and other disasters than their Caribbean counterparts. In fact, most members of the U.S. public believe that personal harm from a future disaster is either “not likely at all” or “unlikely.”

Most people in the Caribbean, on the other hand, say it is “somewhat likely” or “very likely.”

A majority of survey respondents in the Caribbean reported believing that a future natural disaster could do harm to themselves or their family. Most people in the U.S. say that’s unlikely.

These notable differences may be due to geography. Because the Caribbean region is comprised of islands, a higher proportion of communities there are coastal. This, in turn, can increase the impact that storms have on residents.

Some scientific consensus exists that climate change can be blamed, at least in part, for the hundreds of casualties and more than US$400 billion in damage that storms brought to the U.S. and the Caribbean in 2017.

Scientific models indicate that the Earth’s warming climate is likely to shape future storm activity in the Atlantic basin. Scientists are not sure, however, exactly how this will manifest itself in future hurricane seasons. Some researchers suggest that warmer temperatures increase storm probability. Others restrict the effects to storm intensity.

The 2018 hurricane season is just a few months away. Our research reveals that with politics removed and risk perceptions elevated, people in the Caribbean are bracing for whatever comes quite differently than their U.S. counterparts.